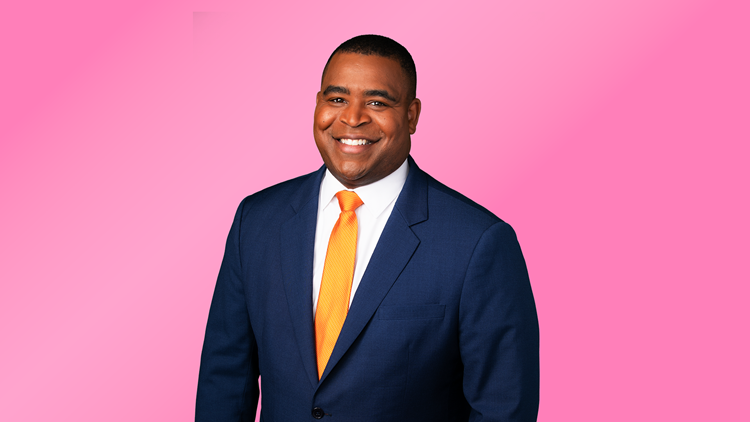 Jason Frazer joined wkyc studios in September 2019. It is his second time living in the Buckeye State, and he is happy to return to help Northeast Ohio navigate what can be a tricky forecast.

Jason joined the 3News weather team after spending two years at Fox 28 in Savannah, Georgia, as the Chief Forecaster. During his tenure, he helped navigate residents of Georgia and South Carolina through severe weather, including several tornadoes along with hurricanes Florence, Irma and Michael. Just two weeks after starting at Fox 28, the area was clipped by Hurricane Irma.

Jason says his fondest memories of his time in Savannah were outside the TV station. His passion is visiting grade schools, middle schools and high schools to encourage students to consider meteorology and other STEM-related careers.

Jason knew at an early age that a career in broadcasting was his calling. Growing up he loved to pretend that he was iconic Today show weatherman Al Roker. While on his path to meteorology, he explored several other careers including banking and TV reporting. Jason always knew that someday he’d realize his dream.

After studying political science at Columbia University, Jason was offered the opportunity to learn how to manage a bank branch through Citibank’s Management Associate Program. He learned not only how to sell mortgages, checking and investment accounts, but he also learned how to manage a department. At the age of 24, he accepted a position at JP Morgan Chase as one of the youngest branch managers in the nation. There, he managed $25 million in balances, $10 million in investment accounts and a staff of 10.

With a burning desire to return to television, Jason was able to freelance for the News 12 Networks throughout the NYC area. Using that experience, he was able to obtain a Reporter position with WROC-TV, the CBS affiliate in Rochester, NY. After spending two years in Rochester, Jason accepted a general assignment reporter position at WBNS-TV, the CBS affiliate in Columbus.

After spending three years in Ohio, Jason relocated to Connecticut in 2013 to work for WFSB-TV Channel 3 Eyewitness News, the CBS affiliate in Hartford. While at WFSB, he reported various breaking news stories and contributed to WFSB’s Investigative Unit and filled in on the anchor desk.

In 2016, Jason became an investigative reporter for NBC Boston and NECN, New England’s 24-hour cable station. He uncovered how landlords in Massachusetts were improperly placing young children on eviction notices, which impacted their ability to obtain credit and future housing. In 2019, Jason also completed the Broadcast Meteorology Program at Mississippi State University.

Jason has numerous hobbies, including cooking, traveling, bowling, football, whitewater rafting, wine tasting and acting. He is a huge NFL fantasy football fan and one of the best Spades players you’ll ever meet. You have been warned!