'It could be one of the greatest concert years we've ever had.' 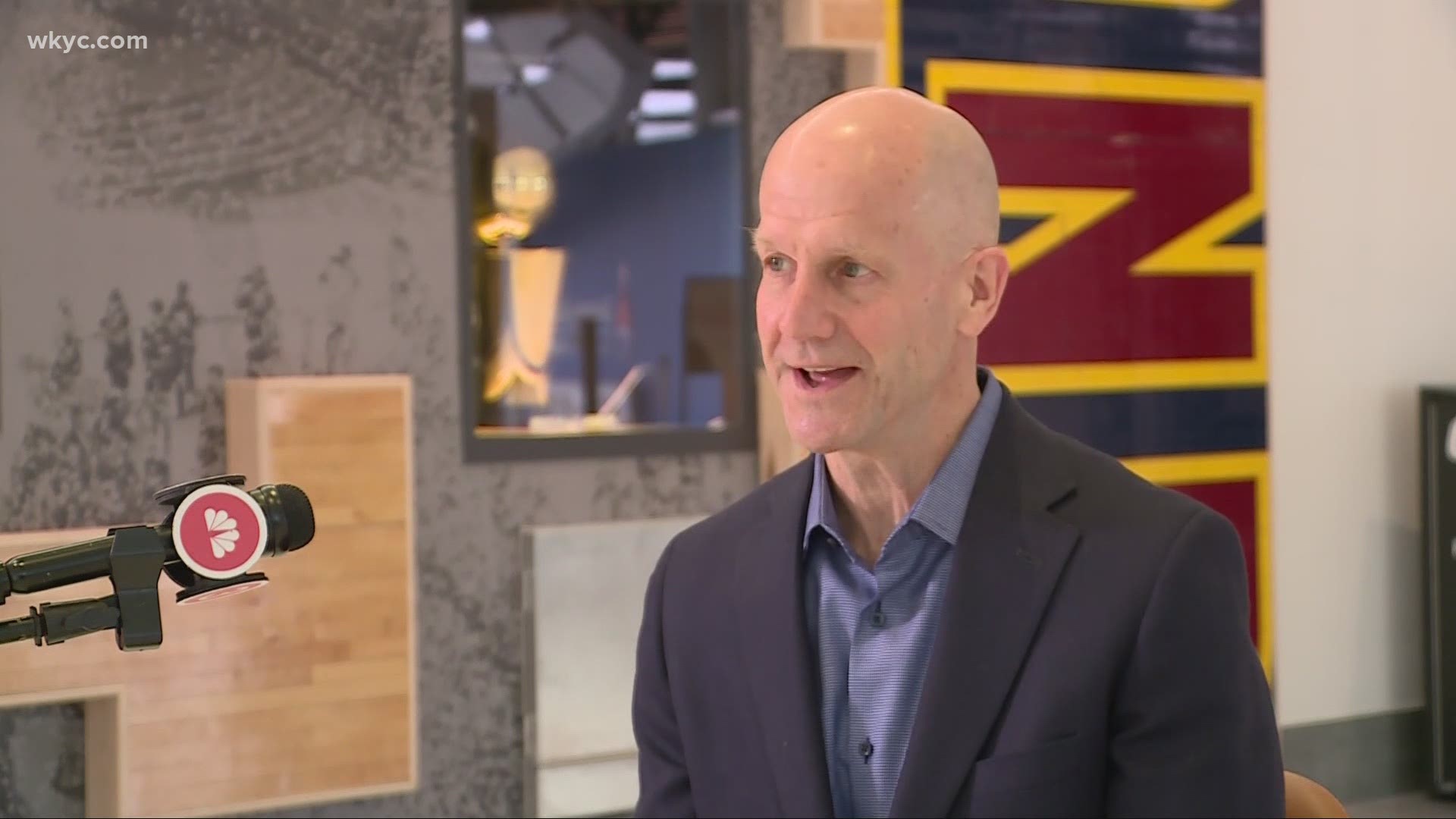 CLEVELAND — News that the number of COVID-19 cases continues to drop here and in much of country has the entertainment industry setting the stage for the return of concerts and shows.

Len Komoroski, Chief Executive Officer of the Cleveland Cavaliers and Rocket Mortgage FieldHouse, is optimistic that such events could return by year’s end if capacity limits continue to ease as COVID-19 cases decrease.

“Twenty-twenty-two is shaping up to be an epic year for a concert year,” Komoroski told 3News in an interview. “It could be one of the greatest concert years we've ever had.”

Strict protocols, guided by the NBA and experts from Cleveland Clinic, have allowed the arena to come back to life. The capacity, set by the governor, is 25 percent, which translates to about 4,100 fans.

“We've been hitting capacity all the way throughout, so the demand has been incredibly strong,” Komoroski said. “And when people come here, we survey our fans post event. The satisfaction levels we're getting are over 90 percent. So, people are coming down and saying, I have a great experience, I feel safe.”

One year ago, the fieldhouse was set to host games for the Mid-American Conference basketball tournament when the pandemic shut down the facility almost overnight. The MAC Tournament returns to the fieldhouse next week with limited fan tickets for some games.

In normal times, Rocket Mortgage FieldHouse is one of the busiest venues in the country, home to more than 200 ticketed events a year – and more than 1,000 small private events – that help fuel the local economy and downtown social scene.

Komoroski oversees every event, from basketball and hockey, to concerts, monster truck shows, and more.

“We hear from restaurateurs, hoteliers every day - what's coming, what's happening down the line, because in a lot of respects, Cleveland, a big part of what makes Cleveland special is we're an event town,” he said.  “So, when you think of all three major professional sports venues, the Huntington Convention Center, Playhouse Square, these are just a you know, just Jacobs Pavilion, all of this. It happens here in downtown Cleveland, which was effectively shut off.”

He argues arenas are safer than most indoor spaces.

“Well, first of all, speaking just on behalf of our industry, we felt like we've achieved we were given an unfair stigma.” he said. “So, for right or wrong, whatever the case may be, we've been the last to open.”

The fieldhouse also is benefitting from the $185 million renovation completed in Sept. 2019. (The team and the public split the costs.) It added space to the once cramped concourses and entrances.

“We have the closest environment to an outdoor setting in the indoors,” he said. “We went from among the least amount of public square footage to among the most and now have even a broader environment. We grabbed volume as far as air space within our concourses and the like. Much more open space allows for a lot more in terms of social distancing."

Caps are expected to increase in the months leading up to the October 30th Rock and Roll Hall of Fame and Museum induction ceremony, which is being held at the fieldhouse for the first time. The event could become the biggest concert on the books since the pandemic began. And promoters are gearing up for a robust concert season beyond that.

“We have a building in the Rocket Mortgage FieldHouse that is suitable for what is one of the gem events worldwide,” he said. “And this building was made for this event. We have a fully digital building and the experience to be second to none.”

A year from now, Cleveland hosts the NBA All-Star Game during the league’s 75th anniversary.

“This could be the first major event of that level, even worldwide, you know, to really be have that type of access for fans,” Komoroski said.

Cleveland hosted the NBA All-Star Game in 1997 during the 50th anniversary of the league. Komoroski is optimistic next year will allow for a large celebration, perhaps the first big one for fans.

“Who knows what's in store for 2022, but to the point that this could be the first major event of that level, even worldwide, you know, to really be have that type of access,” he said. “The thing about it is our league is so about how does this epitomize Cleveland? How do we provide access for fans and the amount of events and activation and activity that will take place outside the venue and in various other other venues throughout the city is going to be extensive. And on top of that, we're going to look to have this to be a year-long celebration.”

You can watch Mark Naymik's full interview with Len Komoroski below: