Plus, Savannah Guthrie anchors TODAY from home, all on Pop Break 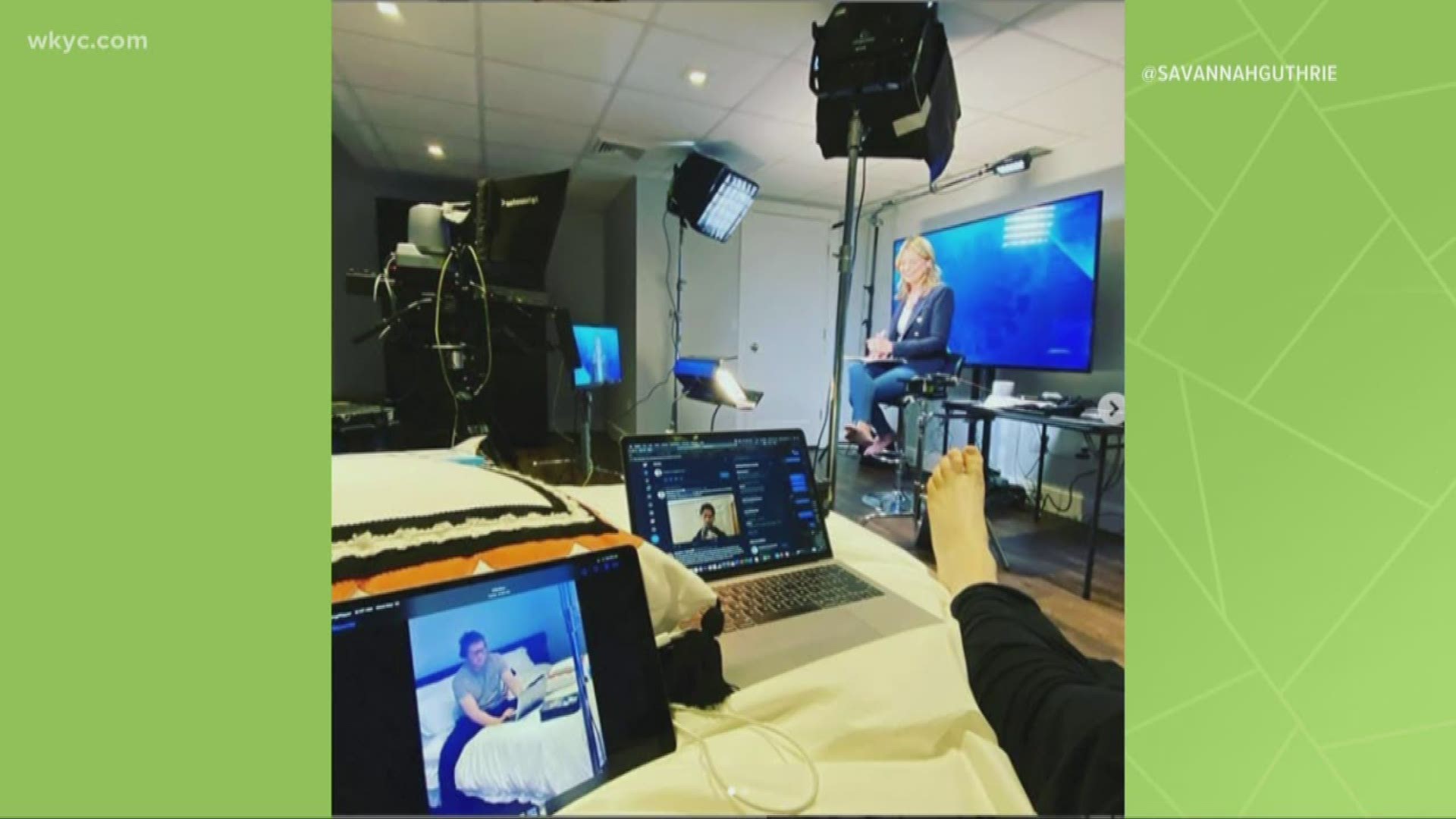 For all its controversy, people just can't stay away from Tik-Tok, and another big name has just jumped on the bandwagon.

The post has been viewed over 9 million times so far. She's got a ways to go to catch up with her hubby's posts, but she'll have plenty of time to do it.

Take a look and try to learn this latest dance craze for yourself, here:

Ghelfuss wanted to give a shout-out to his east side family, as both stars shared how thrilled they are to hit this milestone, as well as being picked up for three more seasons.

"It's such a rare thing these days, to be renewed for three seasons," Platt said. "As Nick says, it's a real validation of a whole lot of people's hard work."

In other new content coming to us thanks to people spending time at home to stop the spread of COVID-19 coronavirus, Miley Cyrus is now coming to us live every day on Instagram with "Bright Minded."

The daily chat show is intended to bring light and positivity and help people overcome stress in this weird time.

First up, Cyrus talked with Demi Lovato about memes making fun of her for that her infamous twerking performance at the 2013 MTV Video Music Awards.

"Everyone started comparing me to a turkey and putting a turkey in my outfit," Cyrus said. "I was just so skinny and so pasty and they kept putting me next to this turkey, and I was feeling so bad on myself that I did not wear a bikini for like two years."

She says that was her wakeup call to use her platform for good.

Her next guests include comedian Amy Schumer, and Lauren Speed and Cameron Hamilton from Netflix's "Love Is Blind".

And you know the saying, the Today Show must go on. This morning, the morning show was missing Savannah Guthrie at the desk.

She's taking every precaution and anchoring from her home basement, after coming down with a slight cold.

Her coworkers Al Roker and Craig Melvin are doing the same.

Today with Hoda and Jenna is also now filming without a studio audience.

RELATED: Miley Cyrus and Liam Hemsworth split after less than year of marriage

RELATED: NBC announces fall show line-up: 3 new shows, return of 'This Is Us', 'The Good Place'