A narrator guides the audience through Caesar’s life, how he came to be the person that he was and how his story ended up the way it did. 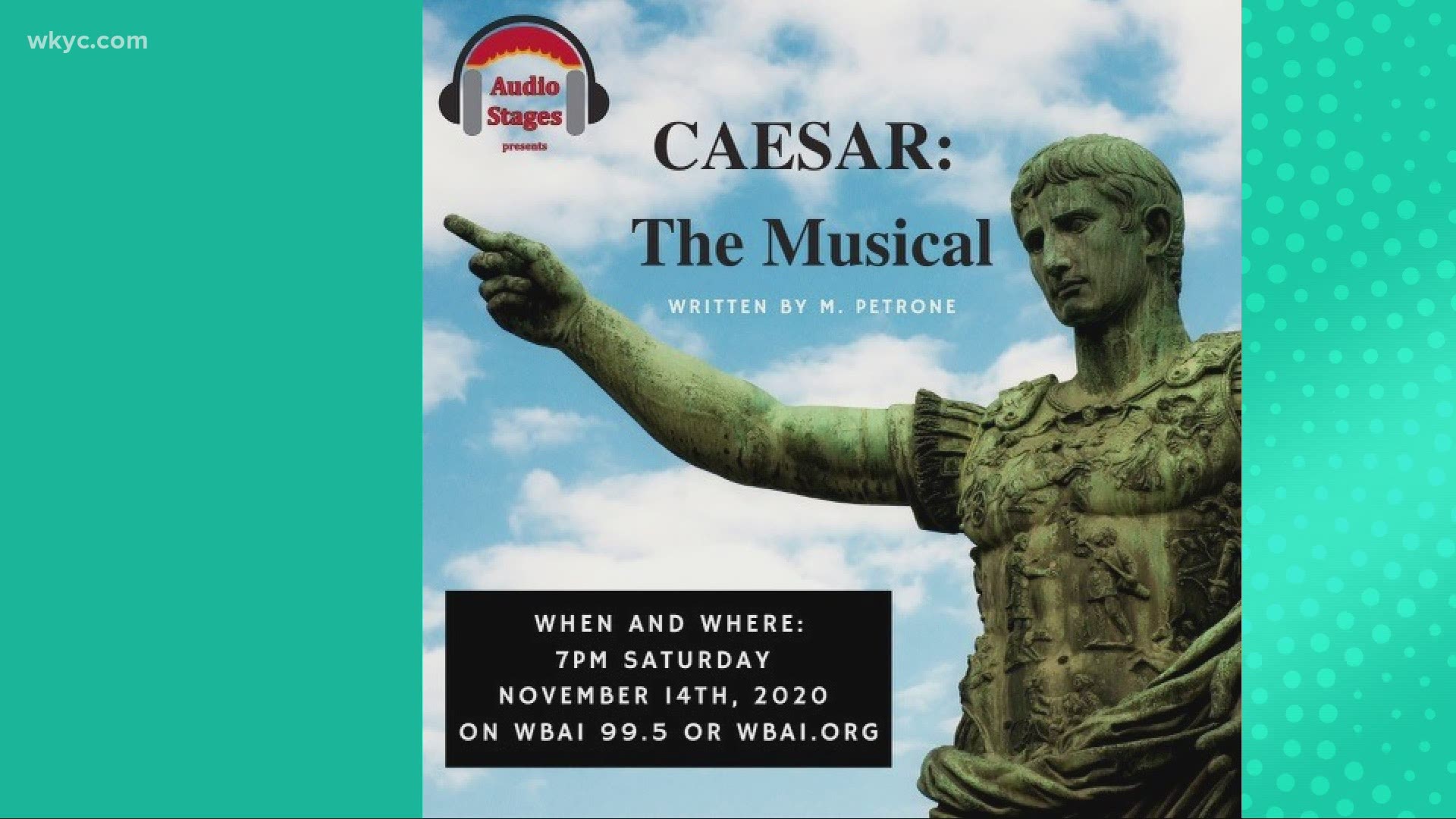 CLEVELAND — Mike Petrone, a Cleveland native, has spent the last nine years working on a new musical, and tonight, everyone will have an opportunity to hear it.

"Caesar: The Musical" will be airing on New York radio station WBAI this afternoon at 7 p.m. Petrone has dreams of someday getting "Caesar" onto Broadway, but admits that this is a great way to have tons of people listen to his work, and saiysthat he's lucky that a guy from Cleveland is getting an opportunity like this.

“Caesar” is a retelling of the life and times of Julius Caesar. Petrone says he pulled different historical stories and facts that maybe aren’t so common, and tried to put it together as a different kind of story.

A narrator guides the audience through Caesar’s life, how he came to be the person that he was and how his story ended up the way it did.

Petrone and the cast of about 25 different singers recorded the whole show, which is completely sung, starting in about 2011. Many, if not all, of the cast members have a tie to Cleveland, including Broadway veterans Betsy Werbel from "Wicked" and "Le Miz," Marc Moritz from "Merrily We Roll Along," William Marshall from "Showboat" and "American Idol" participant Stephen Fowler.. It was recorded at Cleveland’s Reel Thing recording studios.

Petrone says its been a long road and admits he’s a bit nervous to hear reaction from listeners, saying, “Nobody has heard this, ever. And there was a question, ‘Will anyone ever hear it?’ so, after nine years of working on it and 140 minutes of music, it’s a thrill to know that people are going to hear it for the first time”.

Again, you can listen to “caesar: the musical” on wbai.org on Saturday, November 14, at 7 p.m.

Congratulations, Mike! Cleveland is proud of you.