Officials want to avoid a repeat of 1981, when an Air Force Thunderbird pilot died after his plane ran into a flock of birds. 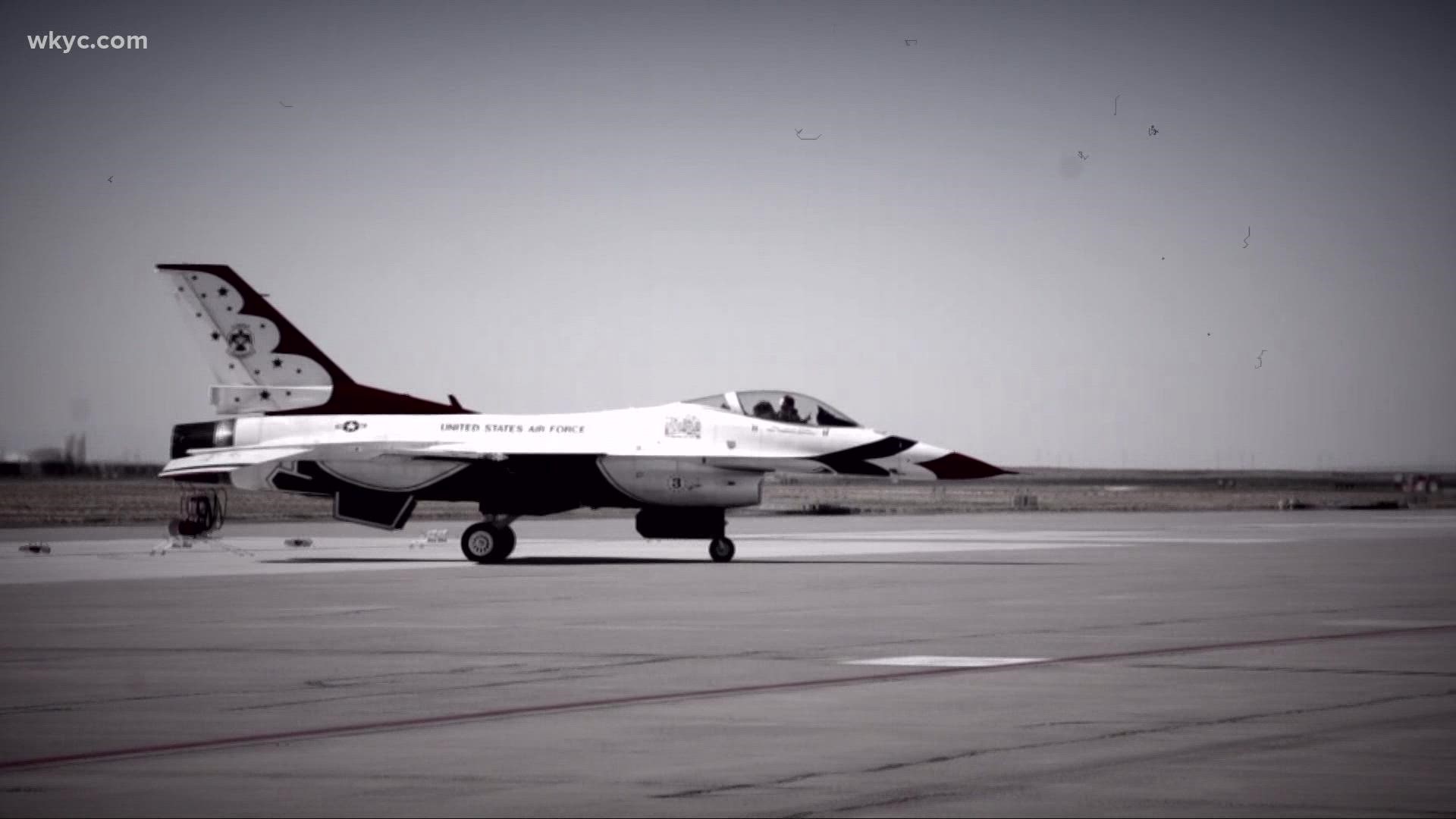 Lt. Col. David Smith, an Air Force Thunderbird pilot, fell from the sky to his death when one of the plane's engines became filled with actual birds that burned the fuselage. It was a nightmare show coordinators want to ensure never happens again.

"We have a pretty robust safety protocol at the airport," Cleveland Commissioner of Airports Khalid Bahhur told 3News, adding "When you're talking about airports, we share the air space with wildlife."

Teams using bottle rockets, pyrotechnics, even canons to scare off any animals that could interfere with the high-speed, fast-maneuvering aircraft.

"These canons fire off every 30 minutes to scare away wildlife in the vicinity," Bahhur said. "We do runway sweeps multiple times a day to make sure there's no debris on the runway."

Following a one-year hiatus caused by the pandemic, the Cleveland National Air Show is back for 2021. Jason Markson, a current Thunderbird pilot, works hard with his team to paint pictures in the sky.

"We got a few folks who are from Cleveland on the team," he said. "It's probably the best roller coaster ride ever."

Markson says he and other pilots rely on those on the ground for a smooth performance. There's trust, and a whole lot of it.

"They're staring at a wing that's 18 inches away from them and [are] trusting that the boss is going to lead them through all of the maneuvers to keep them safely above the ground," he noted of the safety crews. "Our folks on the ground, they're monitoring all parameters, making sure everything is being executed safely."

You may have heard planes practicing Friday. It's going on right in our backyard here at 3News at Burke Lakefront Airport. Dominic Ferrante got a first-hand look at Thunderbird operations.