Chef-owner Douglas Katz made the tough decision to close after 20 years in order to “move forward” with his other restaurants. 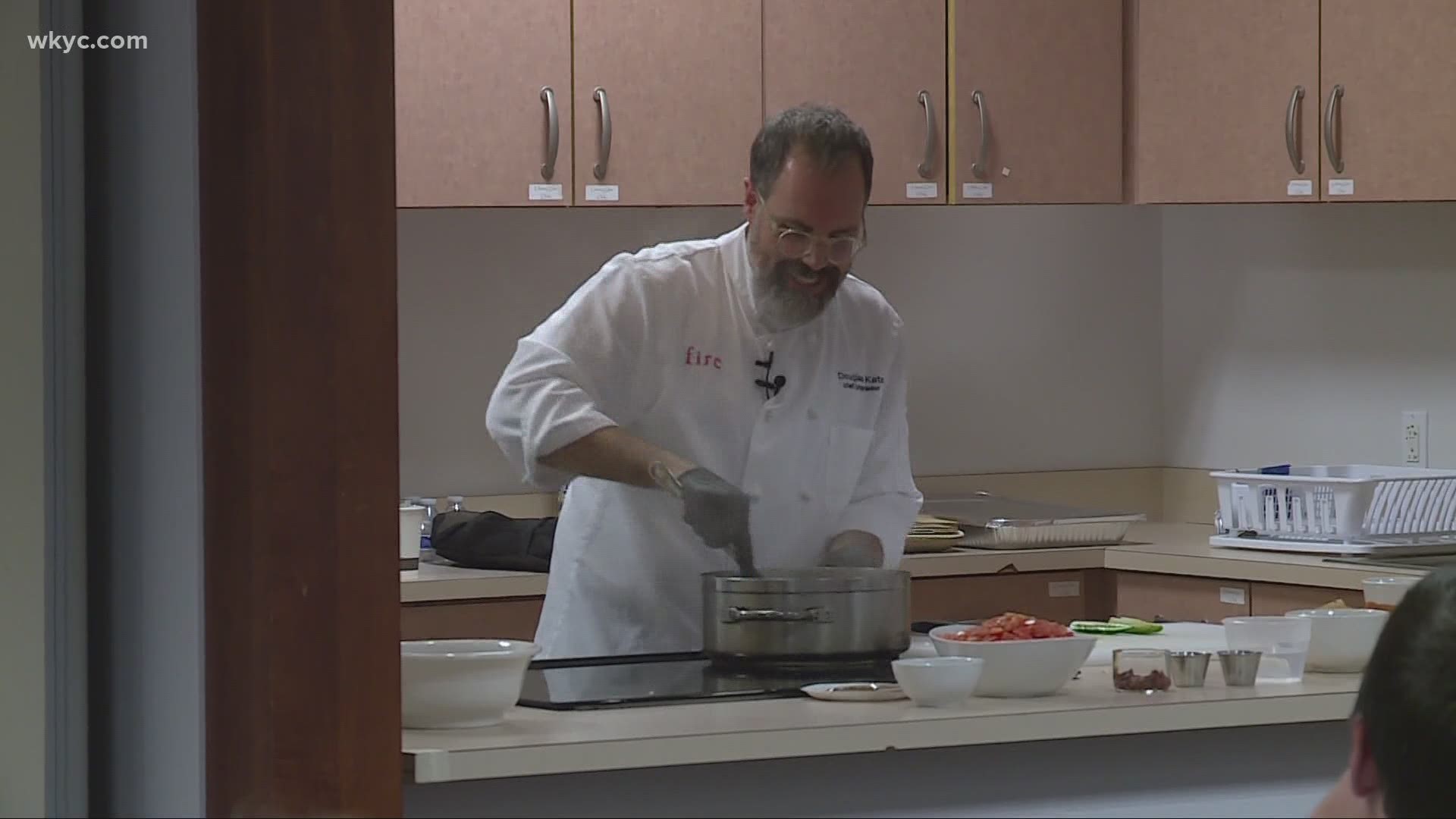 CLEVELAND — One of Cleveland’s most iconic restaurants is a victim of the COVID-19 pandemic.

Douglas Katz, chef-owner of Fire restaurant at Shaker Square, has announced his 20-year-old restaurant will not reopen.

“Since March we have been contemplating how we move forward,” Katz said in an interview with WKYC on Friday.  “The longer this goes on and looking at the (restaurant) business and how hard it is in general, and how hard it is to run a restaurant in this environment, we decided we could not come back.”

Fire, a creative New American Cafe that opened in 2001, was one of the first restaurants to put Cleveland in the national dining spotlight. It was also one of the first to elevate Katz to the ranks of Cleveland’s premier chefs.

Since then, Katz has opened several other eateries, including the new Chimi South American ”ghost kitchen”on Lee Road in June, Chutney B at the Van Aken District last year and the  excellent Zhug Middle Eastern bistro in Cleveland Heights last fall.

The decision to close Fire was a tough one, says Katz.

“We were taking down the sign today and I could hardly keep it together.  But to move forward, I need to concentrate on what I can keep alive. I can’t force something that is not supposed to be.”

For the time being, Katz and his staff of 12 to 15 will concentrate on take-out options at his other restaurants, as well as potentially opening a second ghost kitchen concept. He does not plan to reopen Zhug or Chutney B for eat-in dining in the near future.

“We want to be there when people are ready to celebrate and be out again.  This is the situation that presented itself and it’s telling me we need to move forward,” he says.

“Ultimately, we thought it was best to look forward and appreciate the past and and know we had an amazing run. We had a great 20 years, why would we want to tarnish that reputation?”