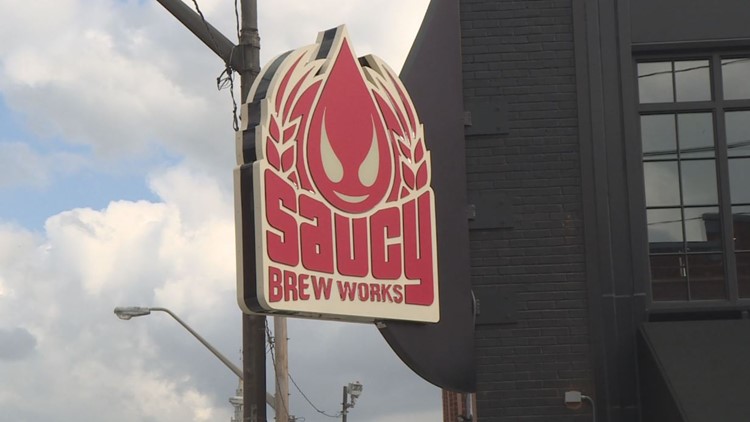 ORANGE VILLAGE, Ohio -- Another Cleveland brewery is expanding to the east side.

Saucy Brew Works, which currently resides in Cleveland's Ohio City neighborhood, announced plans to expand to another location at the Pinecrest development.

The new spot will house a 142-seat taproom and Saucy Coffee, a new coffee house concept. A small brewing operation will take place on site with 20 draft lines and indoor and outdoor seating. The Pinecrest spot will not have an in-house kitchen, meaning pizza seekers will still have to venture to Saucy Brew Works' Ohio City flagship for pies. The new Pinecrest location will offer light fare, according to a news release.

Saucy Coffee will be a craft coffee house connected to the taproom, meaning guests will be able to move between the two spots. Saucy Coffee will serve pour overs, espresso and a specialty menu inspired by Saucy Brew Works' beers such as What’s His Nuts, a vanilla stout with peanut butter and coffee, and Modern Crimes, a toasted coconut porter.

The Pinecrest location is scheduled to open in early April.

Saucy Brew Works also plans to add an Independence location, which will house a large event space near Topgolf. The brand will also continue its expansion beyond Cleveland with new additions in Columbus’ Harrison West and Detroit’s Brush Park neighborhoods.

RELATED: 10 Northeast Ohio food festivals and events to keep you busy through the winter