The cupcake shop survived the COVID-19 shutdown, only to get destroyed by rioters in May. 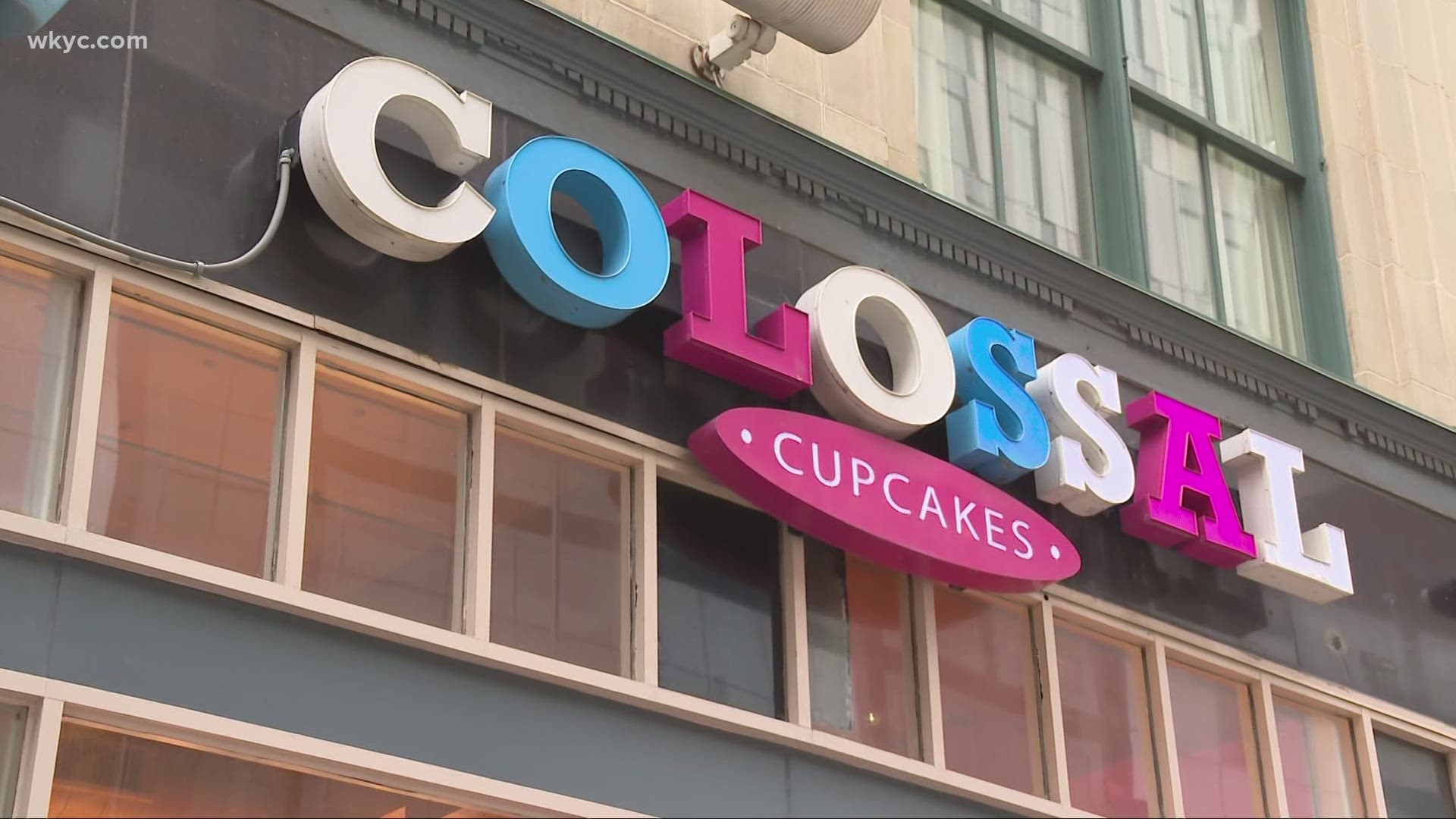 CLEVELAND — Colossal Cupcakes, known for its giant cupcakes and cake shakes, will reopen its downtown location on Monday after rioters caused a half-a-million dollars in damage.

A quote on the shop's downtown window reads: “The road to success is always under construction.”

It’s something the shop’s owner, Kelly Kandah, takes to heart after COVID-19 and rioting created hurdles she never saw coming in a city she loves.

“I love everything about [Cleveland]. I live here, I work here. It’s my favorite place,” said Kandah.

The first blow to business came when COVID-19 shut down restaurants in March.

But that panic soon turned into action. Colossal Cupcakes turned to delivery services like Uber Eats to make it work.

But then on May 30, 2020, the second blow came. Peaceful protests over the death of George Floyd turned into rioting in downtown Cleveland.

“I ran over there. Someone had to help me get into the store because it was already a war zone,” Kandah recalled.

But broken windows was just the tip of the iceberg. Kandah said she had cinder blocks thrown at her and ran with her employees to the bathroom, as people flooded in.

“Another person sort of jumped on, jumped up over  the counter and he had a mask on and had a metal pipe or object in his hand  and he pretty much chased me to the back.  I always say it was like a haunted house. He wasn’t hitting me but was hitting right next to me to frighten me.  And it worked,” said Kandah.

She hid in the bathroom and sat on the phone with 911.

“I listened to them destroy 10 years of hard work,” said Kandah.

In the end, rioters caused a half a million dollars of damage, and had the store shut down for nearly 10 months.

“I said I'm going to do everything I can to be a reason for people to still believe in downtown and still come downtown,” said Kandah.

Kandah says the situation actually gave her strength and motivation to push forward and rebuild. A large part of that came straight from the Cleveland community that she loves so much.

“It's definitely what gave me the confidence to do this," she said. "It hasn't been easy; it's definitely been the biggest challenge of my life.

"I said when I did it I was going to throw a huge party to celebrate. I think the city is celebrating with us, and we didn't get defeated by this.”

Kandah says the shop is a new and more modern version. Customers will see the original colossal cupcakes but also an expanded menu including macaroons and a colossal rainbow grilled cheese.

"We are coming back more colossal than ever," she gushed. "It's a colossal comeback."

Colossal Cupcakes is part of a 3News special called Save Our Sauce: Celebrating Northeast Ohio’s restaurants. You can help laid off restaurant workers by donating to the Ohio Restaurant Relief Fund.

You can watch our "Save Our Sauce" documentary below:

More Save Our Sauce coverage: