Breaking News
More () »
Save our Sauce

The Future of East 4th Street | Save our Sauce: Doug Trattner reports

The future of the street is finally coming into view. And that view is brighter than ever. 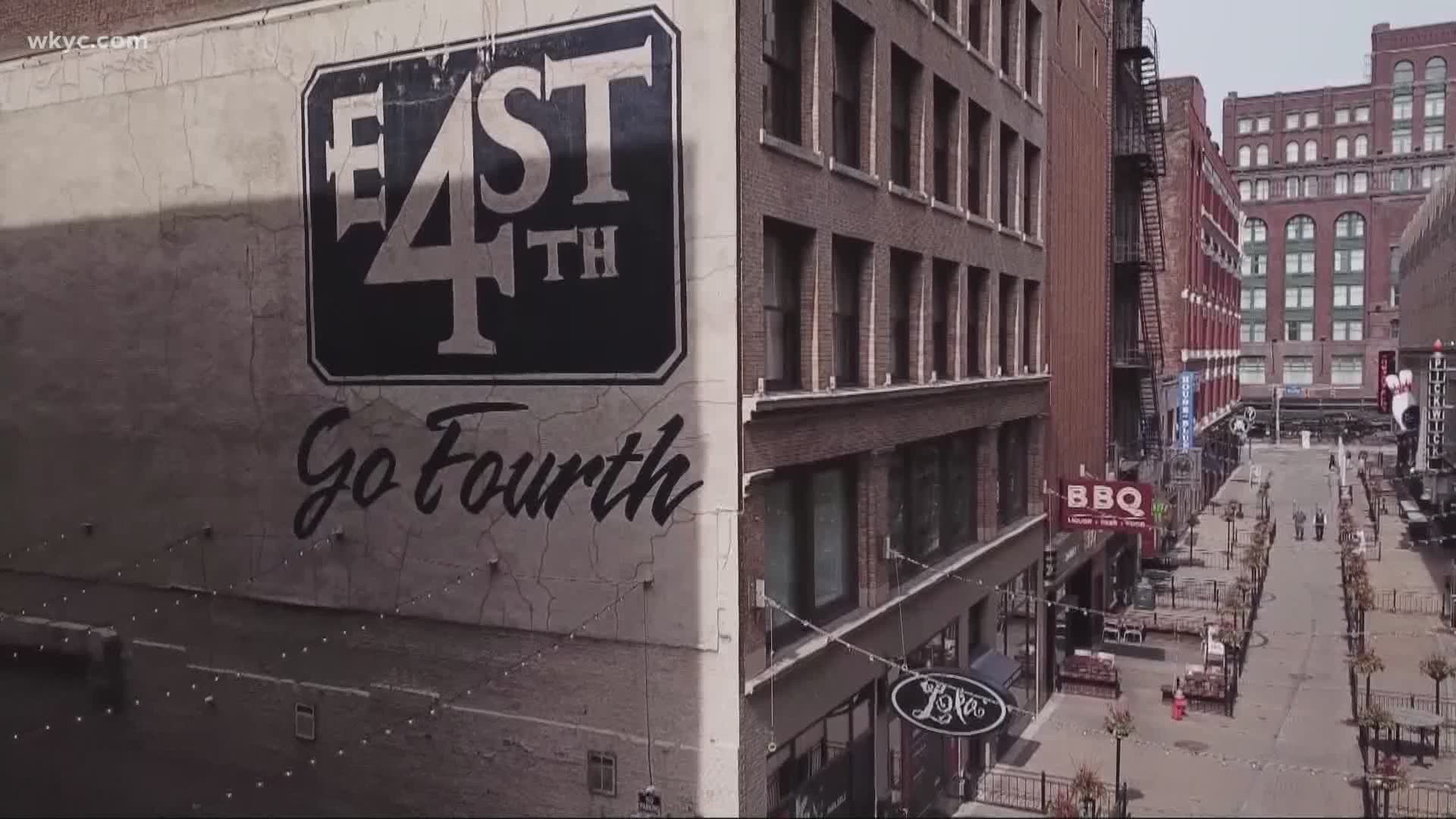 CLEVELAND — “This is the kind of place that I’ve always wanted. I love our other spaces, of course, I do, I do, but I’m really excited about this.”

That's the sentiment of Julie Mesenburg, co-owner of the current Avo Modern Mexican in Ohio City, and Char Whiskey Bar in Rocky River. She and her husband Gabe Zeller are behind just one of the new signs of life coming to East Fourth Street- Indie.

It's not set to open until the fall, but out ahead of it- another new eatery. Goma by Dante opened its doors today, and Michael Symon's former Lola Bistro now has a new lease, though information on that is still under wraps for now.

“Dante, you opened Dante 10 years ago…yeah 10 going on 11," Chef Dante Boccuzi laughs as we sit in his new restaurant. "Someone tell me to stop!”

But he is nowhere close to stopping, In fact, he's a large part of something new.

“Its surreal that we’re apart of it, I still pinch myself," says Mesenburg, as we sit on the rooftop that was once apart of Greenhouse Tavern, and will one day be filled with plush couches, margarita slushies, and tons of Clevelanders.

“So, it’s [the name Indie] is a nod to indie music, you’ll see a lot of our posters in here, about 170,," Mesenburg explains when asked about the restaurant's name.

"Yeah 170, a lot of them are from shows we actually attended," Zeller says.

On the food side, Indie is all about southern comfort foods- think fried green tomatoes, shrimp and grits, and pecan pie.

Goma brings to 4th street, the chef's take on Japanese fusion, with plenty of sushi and interactive dinners like shabu shabu, dishes Dante has learned from cooking around the globe, including his time at the famed Nobu.

"As soon as you walk in, they’re yelling at you, welcoming you in Japanese," he says about the Nobu experience he hopes to bring to E. 4th. "Everyone yells it, and you're looking around like what's going on here, and the show begins.”

Dante says when the prime spot on Fouth and Prospect opened up, it was a no brainer- made even better by a wrap around porch and glass garage doors.

As for Indie, just know that that great rooftop bar, is coming back.

“So we’re redoing the bar top, redoing the back bar, we’re going to have a couple large TVs. Some lounge area seating back here, redoing the bathroom, repainting everything, making it fresh," Zeller explains as he takes us through the space, stepping around current construction.

No doubt the past year and a half has felt like a waiting game. Waiting to see family, to travel, and to return to our favorite restaurants.

“I would say yeah, this has probably been the biggest challenge, because of the pandemic, and this is the first restaurant I’ve actually invested my own income in, as well," Dante says.

But for East 4th street, that future is finally coming into view. And that view is brighter than ever.

“I think the outlook is great, I come down here pretty much every day to check on construction and stuff, and the street is back alive," Zeller agrees.

If you'd like to support businesses like the ones on 4th, you can donate to the Ohio Restaurant Relief Fund, or find a job at one of the restaurants there, by clicking here.

You can view the Goma menu, here.

More Save Our Sauce Coverage: