The local restaurant and service industry is in grave need of help and support if they ever hope to recover. 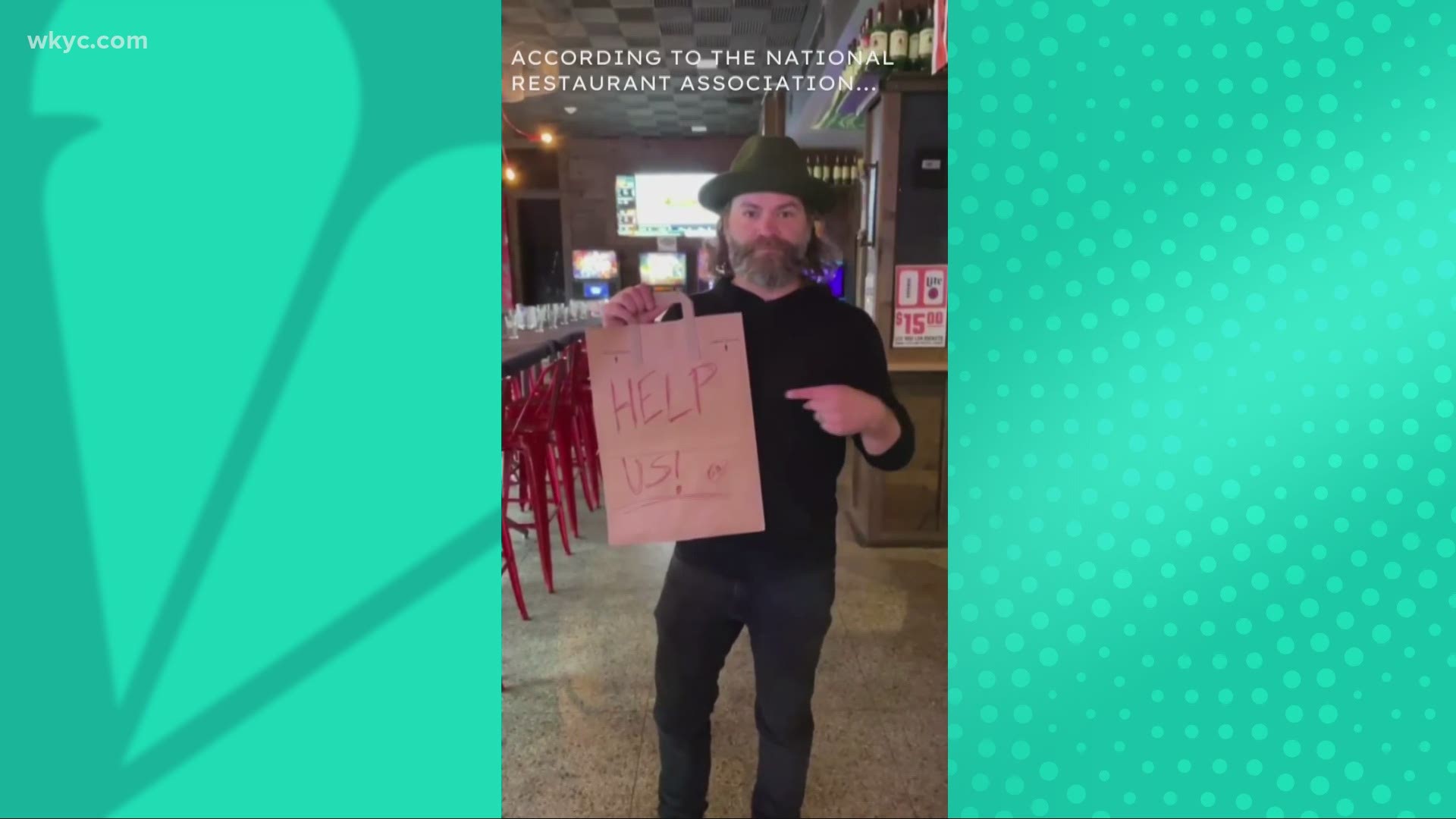 LAKEWOOD, Ohio — As the state of Ohio continues its fight against the Coronavirus pandemic and health officials work tirelessly to get residents vaccinated, several industries remain crippled due to ongoing health and safety regulations.

The restaurant, bar and service industry have been particularly impacted due to lack of business, restricted hours and capacity limitations.

On Tuesday, in a moving call for help, several local business owners and members of the service industry joined forces for a moving black and white video. In the video, owners, chefs, bartenders, servers and more, take turns holding up signs that read, " help us,"  "don't forget us," and "support local." As somber music plays, the video is layered with statistics from the National Restaurant Association.

Jessica Parkison, co-founder of Salt+ in Lakewood, had the idea and helped produce it

Tony Romano, of Sarita, is also among the faces seen.

"I’m hoping that people understand better that restaurants are still struggling," he said. "Since the curfew’s been extended, it certainly has helped. We see more late-night diners."

According to the National Restaurant Association, as of Dec. 1, 2020, more than 110,000 eating and drinking businesses were closed temporarily or for good.

"It's not going to last forever without some help, relief, or grant money," Chef Eric Williams of Momocho and El Carcinero, who helped with the video with the hope it sheds light, said. "[I hope] the right people are able to see it or it inspires enough people to cause some action for us."

Nikki Steffen hopes so, too, which is why she helped get many restaurants on board with the project.

"They’re grasping at every little thing just to make ends meet, just to pay the bills, and this dream of theirs of having this local business and creating diversity in our city is just being crushed--and it’s truly just heartbreaking," she said.

Parkison points out even the auto and aviation industries combined do not have as many employees as the restaurant and hospitality industries.

"And they have received two bailouts, where we have not received any bailouts," she added.

The video ends by asking viewers to visit the Independent Restaurant Coalition website and sign a petition asking Congress to pass the "Restaurant Act." The legislation will provide relief to food service and drinking establishment," according to the IRC website.

"11 million independent restaurant and bar employees will lose their jobs if we don't act," according to the IRC.

Congress can help restaurants—make your voice heard! Click here to stand up for restaurants and employees by encouraging YOUR elected officials to support the RESTAURANTS Act. https://t.co/hTOTlSXIMA pic.twitter.com/MAYxigLYvF

Some the business featured include: