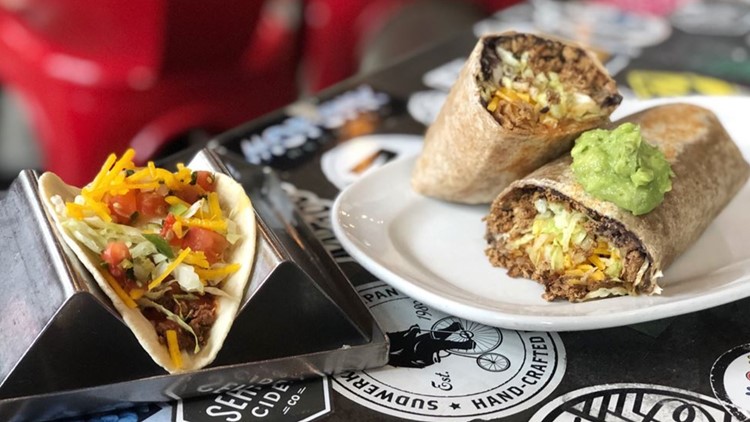 ST. LOUIS — A St. Louis restaurant is being recognized for having some of the best burritos in the country.

Food Network said Mission Taco’s vegan burrito is among one of the best in the country.

‘A vegan burrito? Don’t knock it until you try it,’ Food Network wrote.

The ‘Cali Burrito’ is created with addictive taco spiced vegan ground meat, smashed black beans, lettuce, guacamole, vegan cheese and chile de arbol salsa and is wrapped in a wheat tortilla. The creation hit the menu in December 2018 and by summer 2019, more than 4,000 of them had been purchased and consumed.

The popular West Coast-style street food concept now has with six locations in the St. Louis and Kansas City with plans for a seventh location to open in Kirkwood in spring of this year.

What's Cookin' in the Lou

RELATED: These are the top stories from What's Cookin' in the Lou in 2019

RELATED: You can get gold leaf hot chocolate at Clementine's