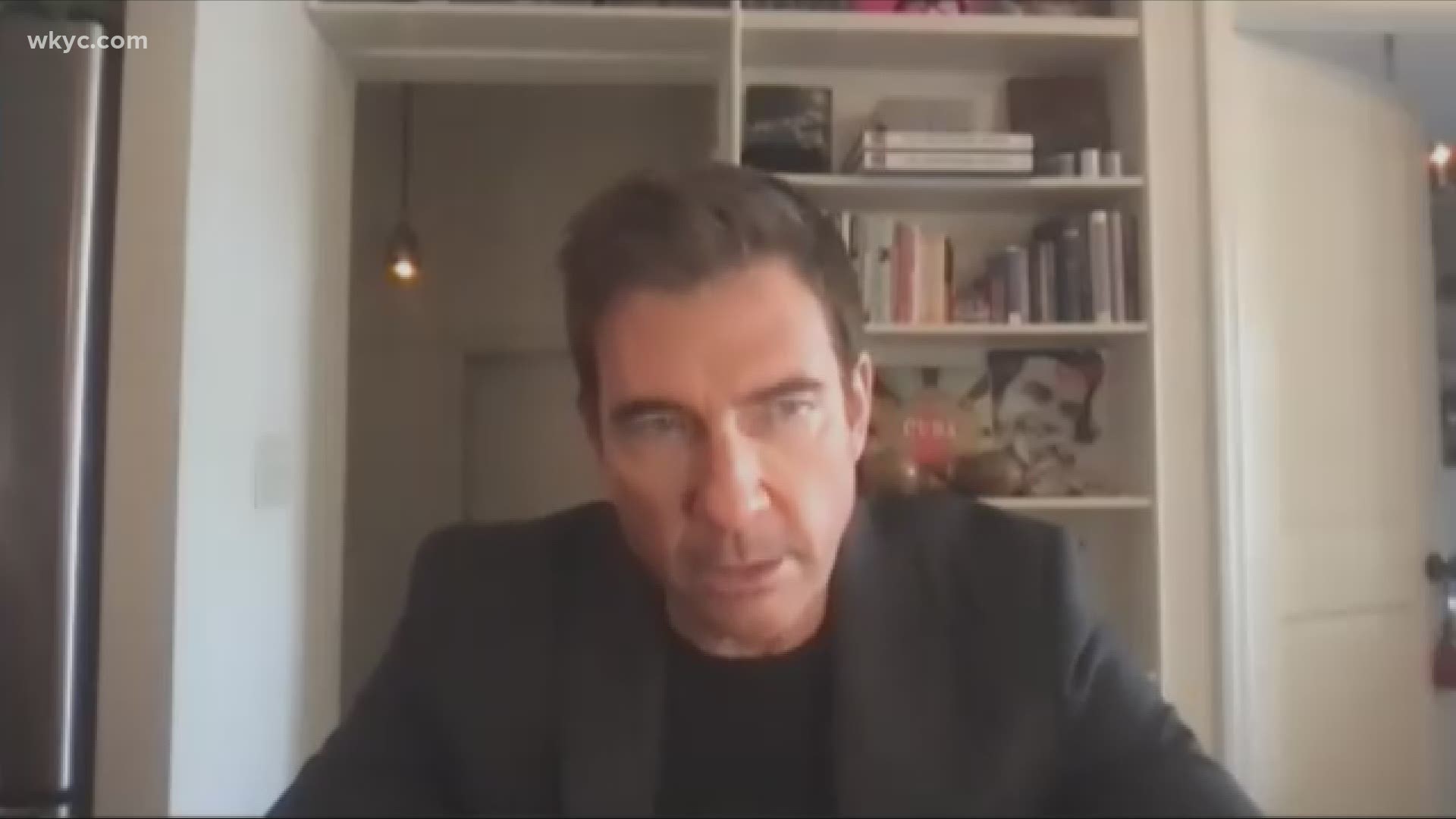 NEW YORK — Since premiering in 1990, the Law and Order franchise, its characters and relatable -and most times gruesome- story lines have captivated audiences across the nation.

But 2021, marked a new chapter for the long-running series--Organized Crime.

"It's me going after the bad guys and solving the crime in eight episode," said Chris Meloni who plays Stabler, in a first look video posted to the Law and Order YouTube page.

While working to re-establish his career and rebuild his personal life after suffering a devastating loss; Stabler is simultaneously trying to take down some of New York's finest criminals.

Along the way, viewers are introduced to a new cast of characters including season one criminal, Richard Wheatley, played by veteran actor, Dylan McDermott.

"I always look for these complex characters. And I put Richard right up there," he said about selecting his character." There’s something about his past and his dad. The relationship he had with his dad really touched me somewhere," he explained.

3News' Kierra Cotton spoke with McDermott about how he prepared for his role, diversity on network television, filming amid the pandemic and more.

You can watch the complete interview in the player below, as well as read a transcription of the conversation.

Richard Wheatley is quite the mysterious and layered character. How did you prepare for the role? What made him different than your previous roles?

McDermott: I always look for these complex characters. And I put Richard right up there. There’s something about his past and his dad. The relationship he had with his dad really touched me somewhere. He was shamed by his dad as a kid because he was overweight. And that shame turned into to trauma and that trauma turned him into a psychopath and certainly his father was a racist.

All of that stuff I thought was interesting for me to play. And to kind of like get into the nitty gritty of who Richard Wheatley was. And certainly, his intelligence was attractive to me as well. And his sense of style, there was so much going on with him that I thought that, I always want to stay interested in a character. And Richard Wheatley is really interesting.

In the show, you play the father of two biracial children. How important is it to have diverse representation on film and TV series’ like Law and Order?

The show takes place in a present-day COVID world. How have you adjusted to working amid the pandemic as opposed to being quarantined? Or did you work during all of it? What was your experience?

McDermott:  I did, I did a movie with Will Smith called King Richard about the Williams’ sisters, Venus and Serena. It’s a great movie by the way. That comes out in the fall I believe, its from Warner Brothers. And then certainly going on to organized crime. But it’s hard, both warner brothers and NBC had incredible protocol I mean in terms of being tested all the time, masks and shield, but like I said before to many people. This is an invisible enemy, so it’s hard, it’s really hard to figure out how to combat it. And I think that everyone is doing their best. It’s not easy working under these conditions. But everyone’s really trying. We’re on episode four now of eight. So we’re getting there, but this is a new world we’re living in, but I feel with all of the vaccine now and the people having had had COVID that there is a light at the end of the tunnel. I think that we can all feel it now.

Can you tell us anything about what’s to come from the show? Why should people watch?

*Editor's Note: The video in the player above originally aired on December 9, 2020.