'Bash on the Bay' featuring Kid Rock is just 9 days away: Here's what you need to know

Kid Rock will be joined by Uncle Kracker and Davisson Brothers Band, among others. 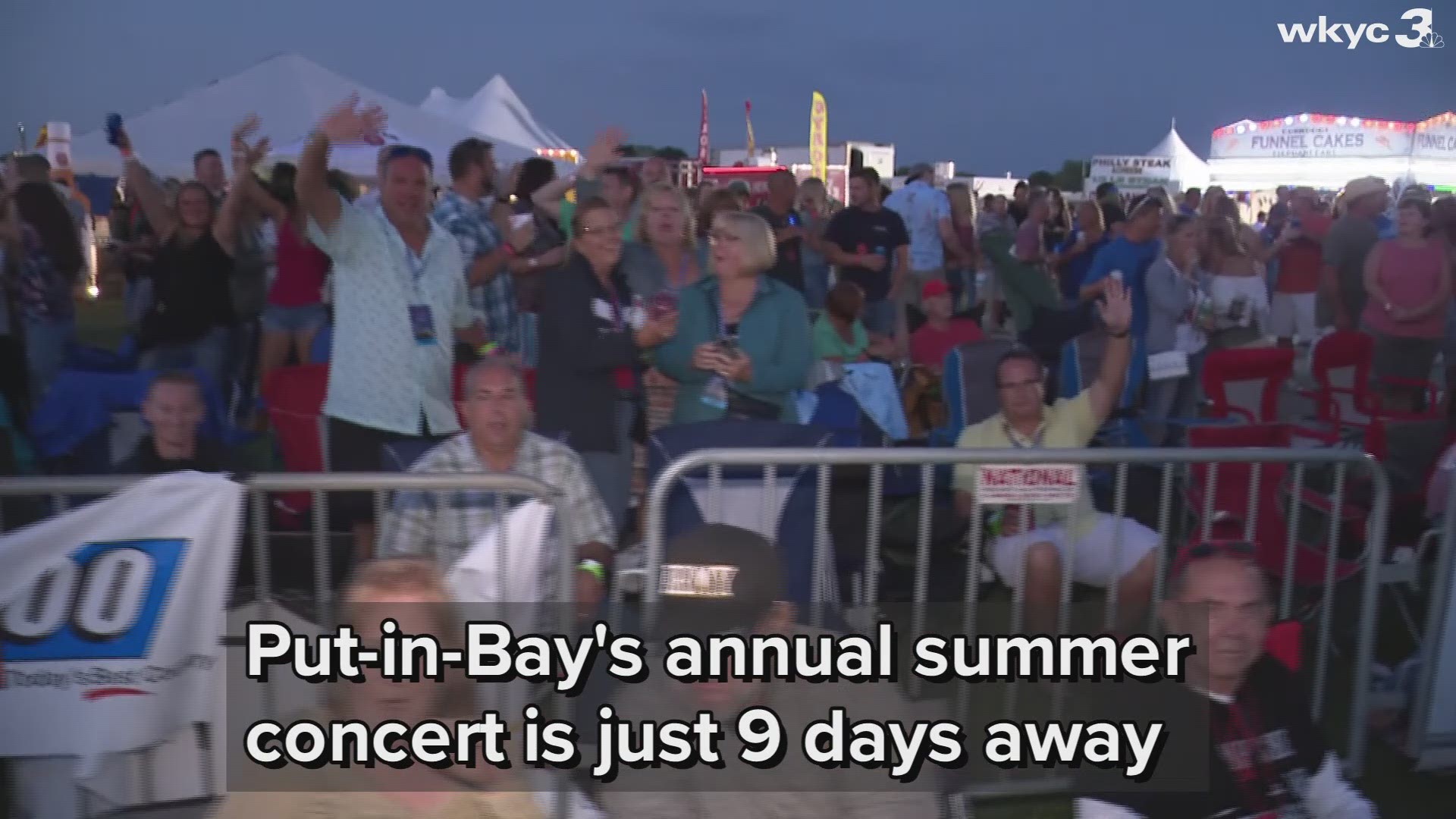 PUT-IN-BAY, Ohio — One of Lake Erie's premiere music festivals is less than 10 days away, and the community is just about ready to go.

Put-in-Bay's annual "Bash on the Bay" takes place Thursday, Aug. 29 at the village's airport. Gates will open at 3 p.m., with the first act scheduled for a half-hour later.

This year's headliner is Kid Rock, best known for hits such as "Only God Knows Why," "Picture," and "All Summer Long." He will be joined by Uncle Kracker and Davisson Brothers Band, among others.

Officials are reminding concertgoers that no alcohol will be allowed inside the venue, and that security will be following the NFL's bag policy of only allowing small colored bags and large clear bags. Additionally, these items are also banned:

Taxis and buses will be available to pick up and drop off passengers at the two main entrances at the north and south ends of the airport. Beach and folding chairs will only be permitted in section B, with all other sections standing room only.