As vendors try to recover and clean up everything washed away by the flooding, they're also gearing back up for the festival's return. 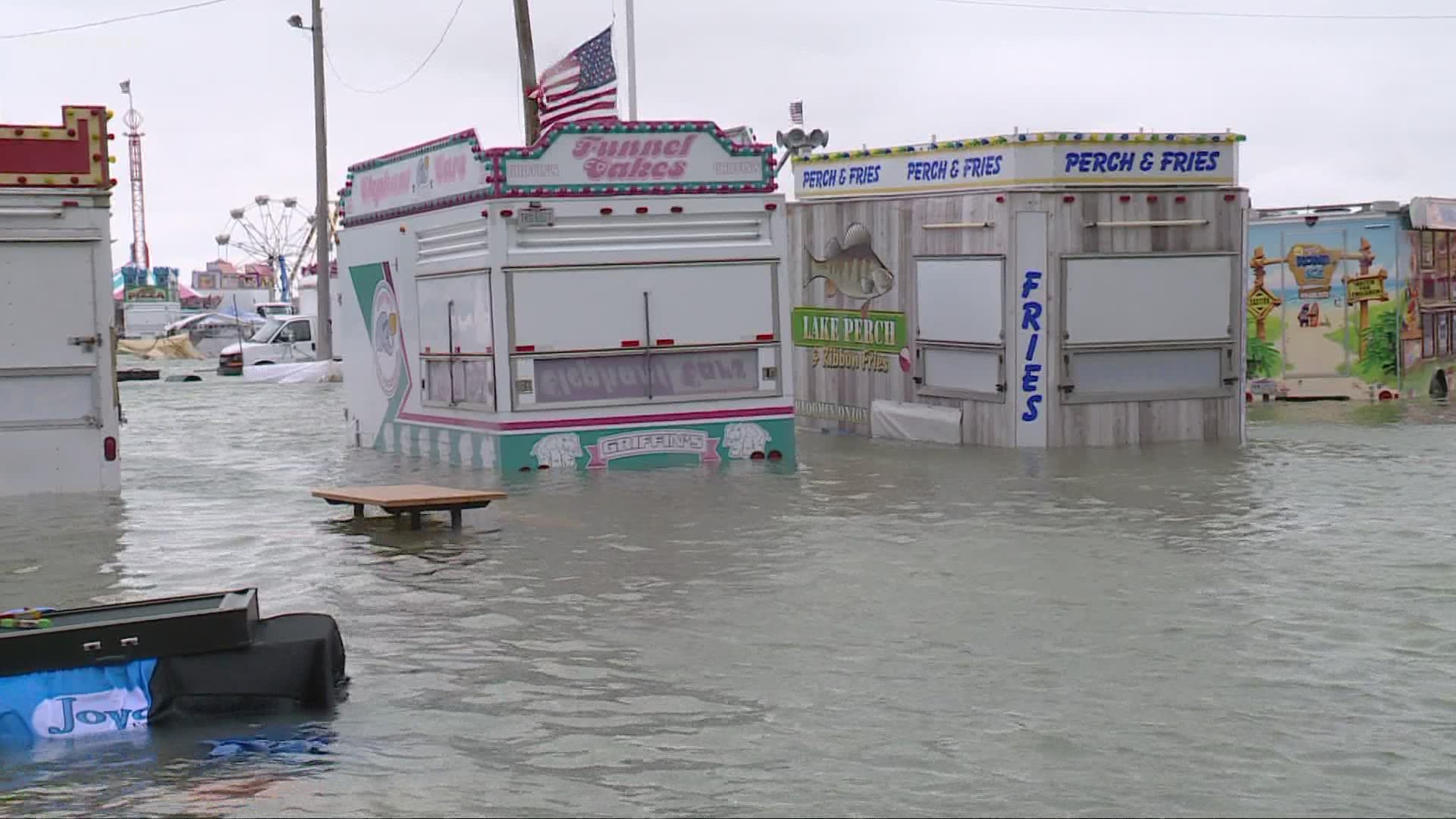 PORT CLINTON, Ohio — The 40th annual Walleye Festival has been rescheduled after weekend storms flooded the area and left vendors trying to save everything they could.

“Thursday was relatively normal, little bit of a breeze, but then Friday morning it turned down hill from there,” says Steve Hammer, owner of Hammertime Lures.

What started out as a promising return to the old way of life at the annual festival in Port Clinton, ended in the event being under 4 1/2 feet of water, with he and other vendors losing thousands of dollars in merchandise.

“We had the wind and waves coming over the break wall,” says Hammer. “It was pretty crazy. I had a buddy of mine come and help me and just try to see what we could salvage. It was really surreal.”

Steve’s friends and family rallied to not only help him get as much stuff out of the water as possible, but also clean up and repack everything they could. Now that the festival is returning on Thursday, he’ll be ready, again.

"Any of the stuff that we were able to recover, we’re cleaning up and assessing to make sure that it’s still usable,” says Hammer. “So, we’ll have some deals at the festival, that’s for sure.”

The community also rallied around Steve, offering help, words of encouragement and even to buy some of the waterlogged merchandise.

Hammer says, “I had a guy who actually messaged me and said there was a grey sweatshirt that was “prewashed in Lake Erie” and he said he’d like to give me $100 for that sweatshirt. I thought, we sell the sweatshirt for $25 and he’s offering me $100 for one that’s been in Lake Erie.”

The community is proving that it doesn’t need lured out, to help one of their own.

“It’s just been overwhelming, it really has,” says Hammer. “Seeing the support that we get, you never really think that you affect or touch people like that. It’s been pretty overwhelming, it’s been great.”

The Walleye Festival will now take place this coming Thursday, June 3 through Sunday, June 6. All tickets purchased in advance will be honored for the rescheduled dates.