Horns honked and people cheered as the LGBTQ community and supporters raised their voices to say 'We are here, we are strong, and love wins.' 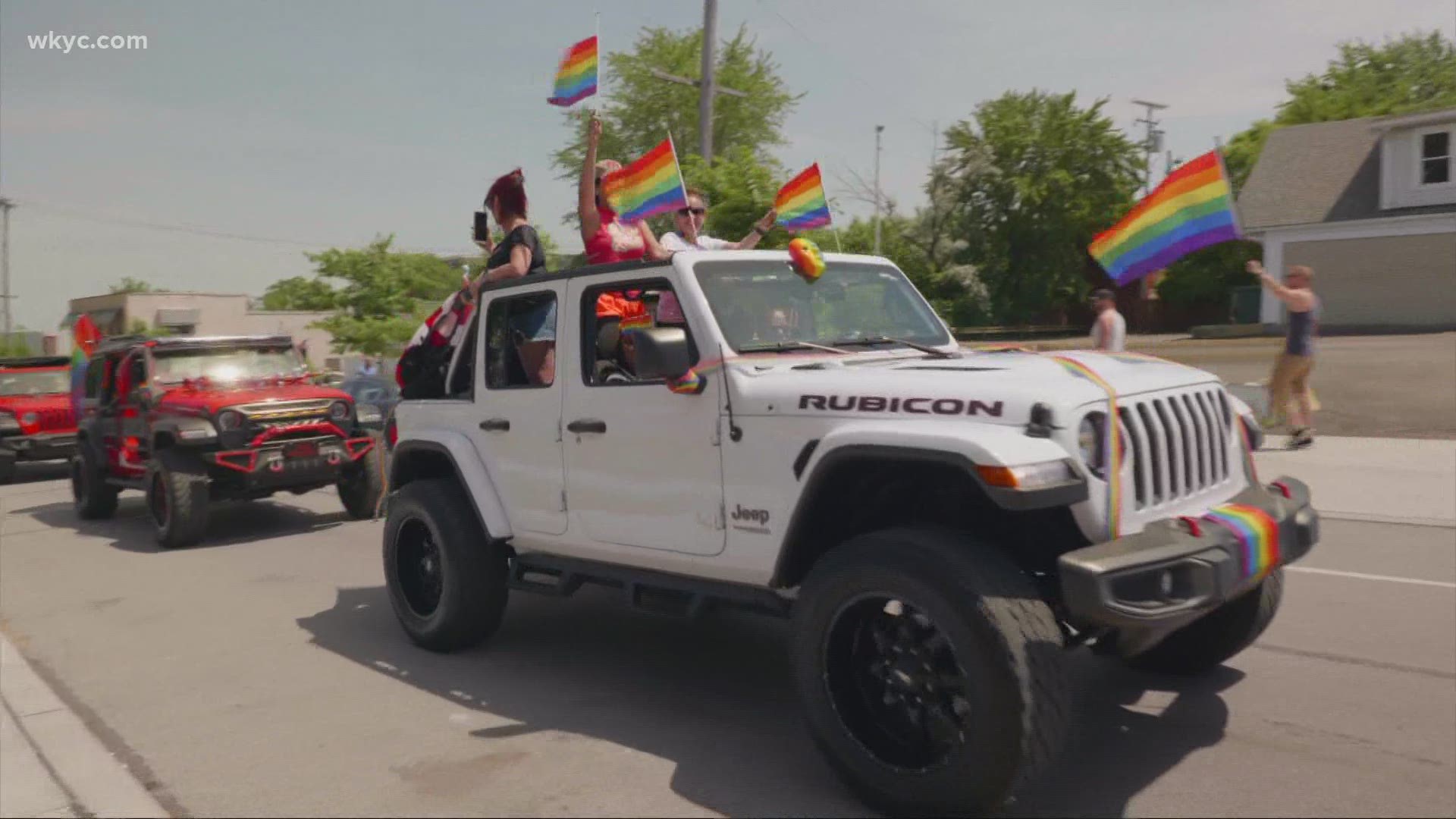 CLEVELAND — Hundreds celebrated Pride in the CLE with Pride Ride 2021, a parade of bicycles and cars to bring awareness to the LGBTQ community.

It was a unified show of support: Horns honked and people cheered as the LGBTQ community and supporters raised their voices to say "We are here, we are strong, and love wins."

RELATED: LGBT Community Center of Greater Cleveland partners with WKYC Studios for Pride in the CLE 2021

This year's Pride Ride wound through Cleveland and the Gordon Square Arts District as hundreds lined the streets. The parade ended at the LGBT Center of Greater Cleveland, though the celebration began earlier at Edgewater Park with a surprise engagement

"We just got engaged," said Kelli, standing next to her fiancée Kristin, who showed off the ring. "Cleveland is a really special place for us. We accidentally stumbled on the pride parade last year, and we had such a great time, it just felt like the right moment."

Another couple already has their wedding day picked in September. Syndi and Rachel Crislip were overjoyed to attend their first ever Pride event.

"I’m loving it already," Syndi stated. "Many friendly comments and everything. I love it. I love it so much."

"So much positivity," Rachel added.

All were welcome; all showed support.

"We have a lot of friends in the LGBTQ+. community and we want to be out here to support them," rider Al Mancuso said. "Just [so they can] be themselves and be okay with it, and I'm glad I could be a part of that."

While walking around Pride in the CLE, many greeted each other saying "Happy Pride," a message that brings with it hope and happiness.

"The most important thing at the end of the day is being truly happy with who you are and accepting other people for who they are," Laylana, a trans-woman who participated in her first Pride event, said.