Newest royal dog is not a corgi; he's a beagle rescued in the USA

In his own paparazzi moment, Guy the beagle was caught Thursday with Queen Elizabeth II, who has had multiple Pembroke Welsh corgis since she was a little girl, as the beagle and the queen rode toward Windsor Castle. 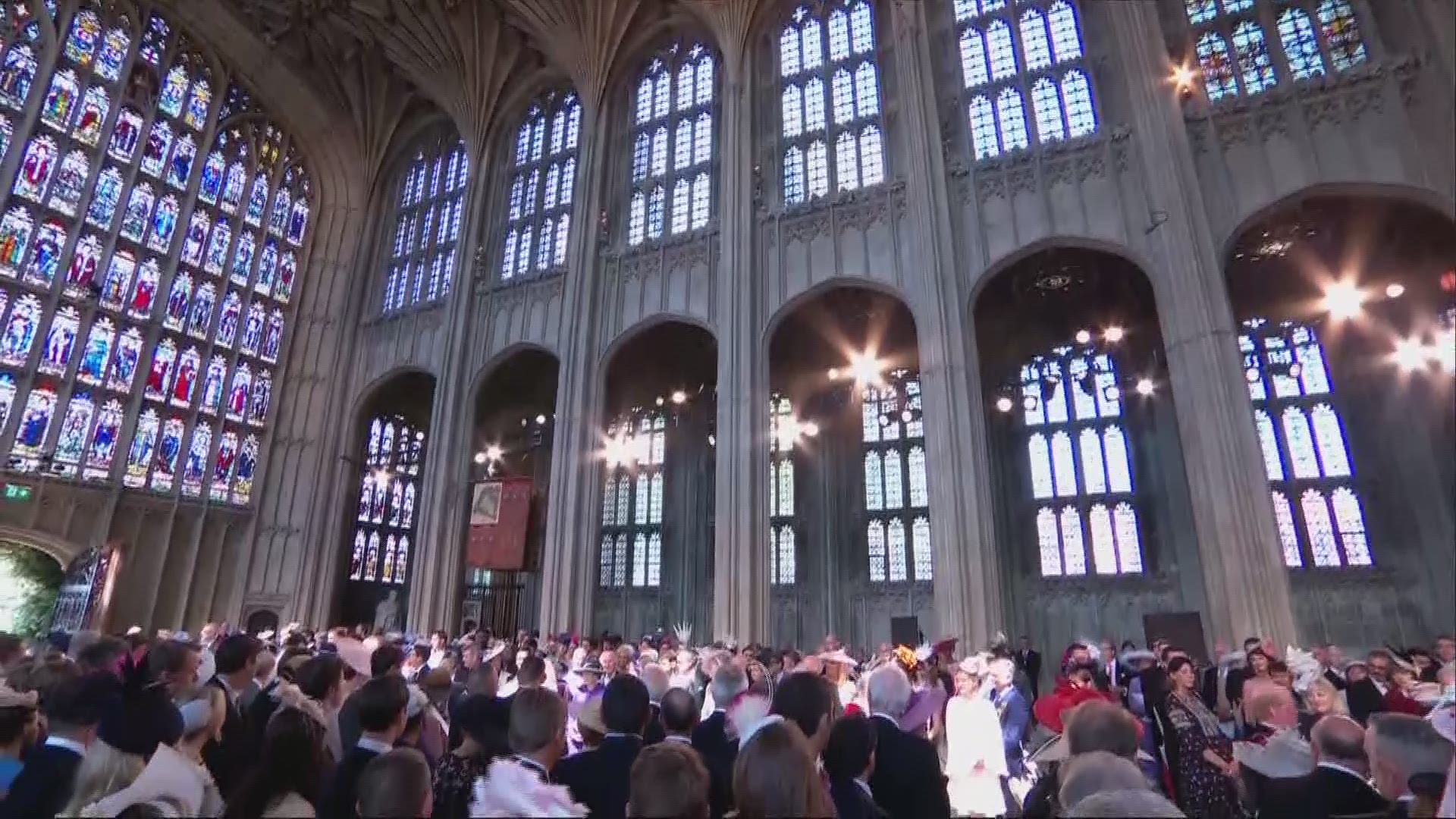 The newest member of Britain's canine royal family is a beagle named Guy — and he was adopted from a shelter in the good ol' USA.

Though the beagle breed can be traced to England before the Roman legions arrived in 55 B.C., little Guy himself came from the Montgomery County Animal Shelter in Mount Sterling, Kentucky, about 35 miles east of Lexington.

In 2015, Meghan Markle, then of USA Network's Suits fame, was looking for a companion pup for her dog Bogart. Guy had been spirited to Toronto, where Markle was filming, to take part in an adoption event.

"Most do end up in really good homes, with nice stories and lots of feedback from owners on how the dog has changed their lives," she said.

Guy is one of 1,600 beagles that Doherty has connected with new owners. Still, she never quite expected one would make a home among princes now that the newly anointed duchess of Sussex is married to Prince Harry.

"Such a thought never entered my mind," Doherty said, laughing. "I saw him in a limousine with the queen! That was too much."

A friend kindly alerted me to a very sweet moment we missed yesterday - the Queen travelling with Meghan's beagle guy spotted by the talented Lainey Gossip https://madaboutmeghan.blogspot.con/2018/05/live-blog-day-before-wedding.html pic.twitter.com/zpQbtg8YeQ

In his own paparazzi moment, Guy was caught Thursday with Queen Elizabeth II, who has had multiple Pembroke Welsh corgis since she was a little girl, as the beagle and the queen rode toward Windsor Castle. The queen volunteering to do a little dog-sitting before the wedding has to be good news for a future daughter-in-law, right?

Three years ago, Markle was looking for a friend for Bogart, a shepherd-Labrador mix who reportedly was too old to make the move to England. (Bogart now is living with one of the duchess' friends, she told the BBC.)

Guy and Bogart went on a walk together as a test run and became fast friends, Doherty said. That sealed the deal.

Guy's original shelter is a low-kill facility that euthanizes only as a last resort. It works closely with rescue groups to send dogs to places where they can get adopted, including Doherty's A Dog's Dream, shelter director J'Rie Elliot said.

Shelter employees knew Guy had been adopted by an actress on Suits, which was cool enough. Then they learned Markle was engaged to Prince Harry.

Elliot's predecessor, who was director when Guy was adopted, recalled the beagle as a sweet little dog. Elliot's said his new home — and platform to speak out on dog rescues and adoptions — restores her faith in humanity.

"Our motto, 'Adopt. Don't shop,' has been heard on such a high level," Elliot said. "She could have any dog she wanted. She can afford to buy any breed. And she opened her heart and home to a shelter pet. That makes all the long hours, sleepless nights and transports worth it."