Flying high with the cast of 'Disney On Ice': See behind the scenes as the show visits Cleveland 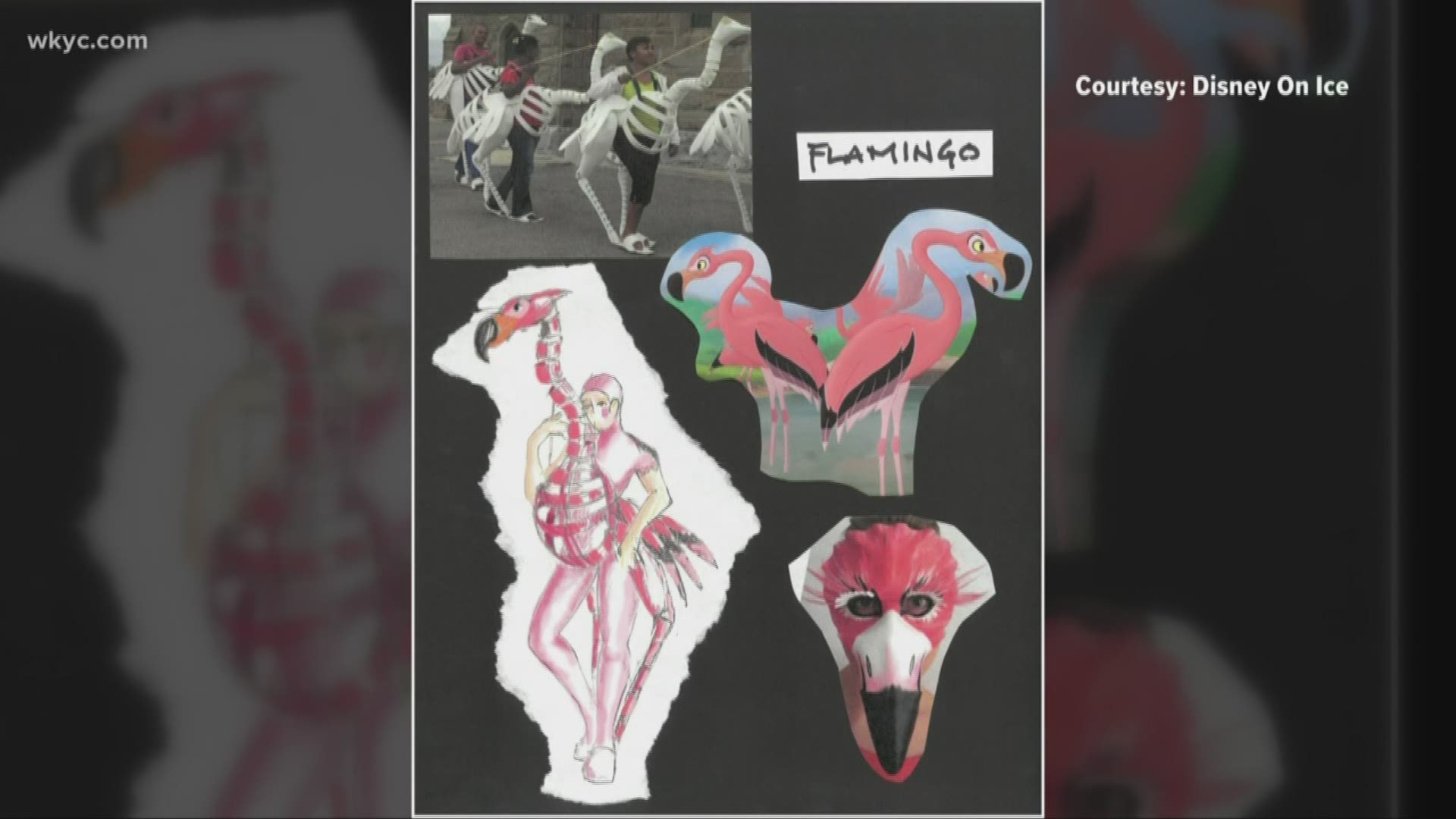 CLEVELAND — It's exciting, filled with your favorite Disney characters, and jam-packed with stunts and unexpected turns.

We're talking about "Disney On Ice: Road Trip Adventures", which is currently visiting Cleveland's Rocket Mortgage FieldHouse. The show is described as "high-octane", so we wanted to see for ourselves.

First up, we tried a little apparatus called the aerial orb. It's used in multiple parts of the nearly two-hour show, hoisting cast members up high in the sky.

“For this show we did a 12-week rehearsal process,” said Kayla Kapeikis, who plays Anna from "Frozen."

Trained acrobats spin around on these throughout the experience, sometimes as high as 35 feet in the air.

After checking out the high-flying stunts, we learned about their props, including a bike ridden during the "Mary Poppins" portion. BMX riders use a special bike with spikes on the wheels to properly stick to the ice.

The participants in Disney On Ice are serious athletes; many, were competitive skaters before joining the team.

“I love seeing the joy on the kids' and audience faces,” said Andrea Best, who plays Princess Jasmine and other parts in show.

“I’ve been on a couple different tours, and this show brings so much more stuff to it. It keeps everyone energized, and everyone seems to be into the show the entire time. There’s not a dull moment in the show at all," said Nathan Miller, who plays Aladdin.

RELATED: Winter blues? Here are 10 things you can do throughout Northeast Ohio in January

Training starts in June, but it's not all choreography. These skaters take months to perfect acrobatic stunts.

“The Jasmine fly, which is an aerial ballet, that was the first time Disney’s ever done that, and it was a very long process,” Miller said. “It’s one thing running around on the floor, while she’s flying in the air. It’s another thing skating, while she’s up in the air.”

The audience here in Cleveland always rewards their efforts.

“The crowd has been amazing here,” Best said.

For more on Lindsay Buckingham's day with Disney On Ice, behind the scenes, watch the video above this story.