Hamilton is coming back! Cleveland to host 6-week engagement in fall of 2020

The award-winning musical Hamilton is coming back to Cleveland, as Playhouse Square will host a six-week engagement in fall of 2020. 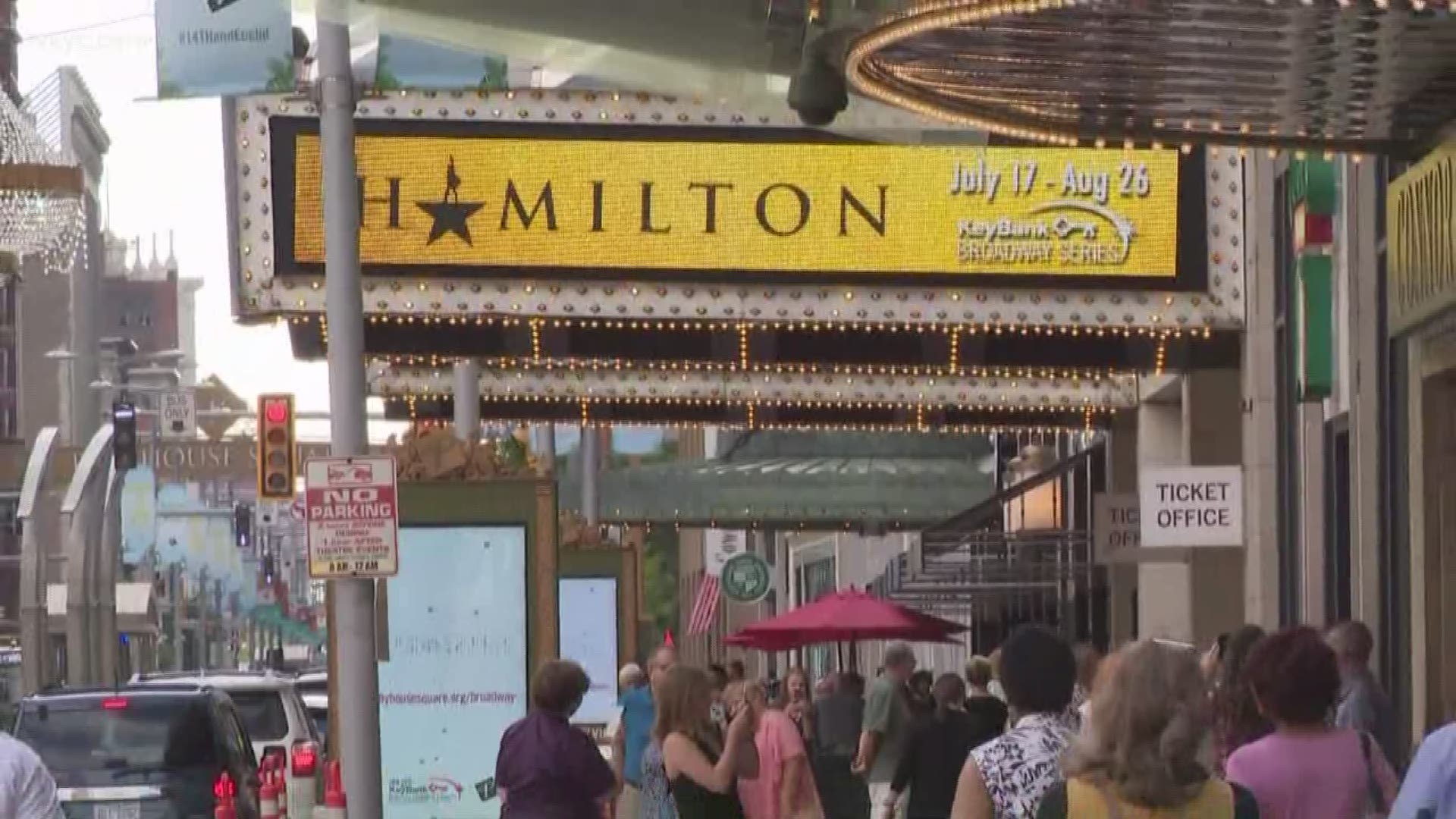 CLEVELAND — One of the most critically acclaimed musicals in recent memory is returning to Cleveland’s Playhouse Square in the fall of 2020.

Hamilton will have a six-week engagement at Playhouse Square, starting September 22 and running through November 1 of 2020.

“My absolute favorite question that people ask me is will ‘HAMILTON’ ever come back?” said Gina Vernaci, Playhouse Square President and CEO in the release confirming the return. “Yes! For the rest of our lives ‘HAMILTON’ will be coming back! We were one of the first cities to see it and one of the first cities to get the return for the most in-demand show of a generation.”

A limited number of season-ticket packages including Hamilton will be available, starting Monday, November 11 at 10 a.m. by calling 216-640-8800 or visiting playhousesquare.org.

Playhouse Square donors and current 2019-2020 Broadway Series season ticket holders will receive an exclusive pre-sale opportunity to purchase Hamilton tickets in the spring of 2020. Individual tickets will go on sale to the general public in the summer of 2020.

The Lin-Manuel Miranda production took the theater world by storm when it debuted Off-Broadway at The Public Theater in New York City on January 20, 2015, and it did not take long to work its way into the most famous theater district in the United States.

Just six months after its debut, Hamilton made its Broadway premiere and has since toured the United States, the West End in London and Puerto Rico.

According to Forbes, a German-language version of Hamilton is expected to debut in Hamburg in the fall of 2020, and in 2021, the award-winning musical will have its Australian premier at the Lyric Theatre in Sydney.

Additionally, Miranda won a Pulitzer Prize in Drama for Hamilton, which brought home a Grammy Award for the Best Musical Theater Album in 2016.