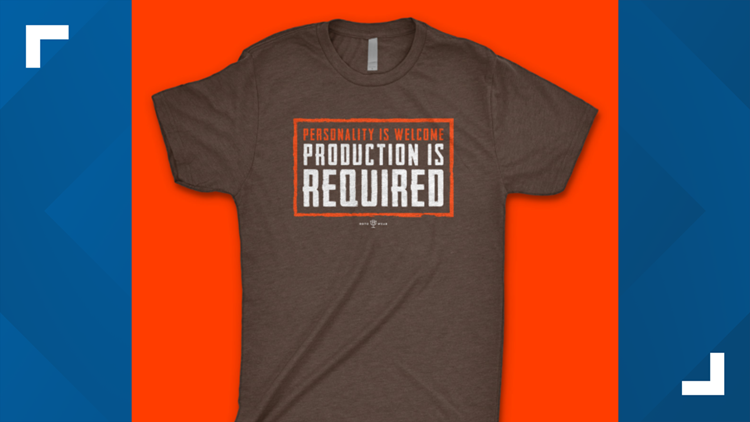 Kevin Stefanksi's quote on a tee shirt, Bath and Body Works candles exploding and the story of Akron's newest Board of Education member

CLEVELAND — In Thursday's top 3News headlines, new Cleveland Browns merchandise gives insight into head coach Kevin Stefanski's leadership style, we get to know the new Vice President of Akron's Board of Education and take warning about candles from Bath and Body Works.

RotoWear has released a tee shirt featuring a quote from Stefanski about how he'll manage the personalities on his roster, which Freddie Kitchens was criticized for not being able to do.

In Akron, 3News' Danielle Wiggins shares the story of N.J. Akbar, PhD, from growing up in the middle of drugs and alcohol in one of Detroits’ worst neighborhoods to being set on a loving path by his third grade teacher before moving to Akron. Later in life, Akbar persevered to earn his PhD, despite losing his mom in the middle of the program, and was elected to Akron's Board of Education just a few months after graduating.

And if you love candles, specifically from Bath and Body Works, this is an important story for you. Apparently candles from the store have been catching fire and exploding. In addition to photos of the candles, we have from the Charlotte, North Carolina Fire Department about how to avoid this happening in your home.

RELATED: NC woman warning others after candle goes up in flames