What began as just a 13-year-old's YouTube channel has now emerged as the go-to source for Cleveland hip-hop and music culture. 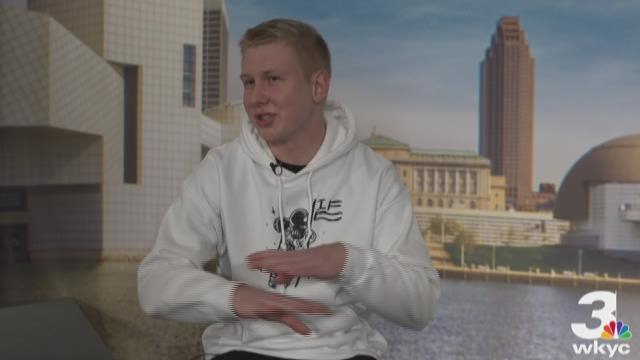 Cleveland has served as a breeding ground for popular hip-hip music and culture for decades.

While those artists may differ in many ways, they all share one thing in common--being featured on local media outlet: I'm from Cleveland.

I'm from Cleveland, founded by John Stursa and DJ E-V, serves as a platform to raise awareness and draw attention to the city's hip-hop and music scene.

For John Stursa, IFC co-founder, his love for the Cleveland music scene began at a young age.

At just 13 years old, when most children are hanging out with friends or playing video games, Stursa was making money moves, creating his YouTube Channel: CLEVELANDmusic.

It was that YouTube channel and the uploading of music from his favorite local artists that led him to a partnership, with DJ E-V, that would transform the next eight years of his life.

Fast forward to 2017, Stursa reflects on why he initially believed Cleveland could benefit from an outlet like IFC.

"I feel like we're always in the news for like oh it's a sad town because of this,that but like we have this talent when it comes to music and no one is showcasing that. It would be so cool to create a platform, hey guys these people are from Cleveland."

After years of watching the music landscape evolve, Stursa, now 22 years old and a graduate of Walsh University, remains optimistic about the direction in which the Cleveland music industry is heading.

"I think the Cleveland scene, there are a lot of people that are motivated and trying to push forward, you know kind of with what we're doing and that's what I've been seeing. So I think it's heading in good places right now."

Since its founding, I'm from Cleveland has increased its depth adding several other local creatives to its team.

As for what's next for the outlet, Stursa says while the group wants to continue providing the latest information on Cleveland's hip-hop scene, they also hope to serve as a resource for artists too.

"Definitely artist development, original content, helping artists make connections that they need. If we really see talent in someone, like were here to help," said Strusa.

"We want to be able to be like 'hey, you should be working with them or at least be familiar with so and so,' So that like if you're working on something, you can get a helping hand. Whatever it is...we're here to really help the artists."

In addition to providing latest and up to date information on Cleveland's music and hip-hop culture, I'm from Cleveland also has merchandise available. To check it out, click here.