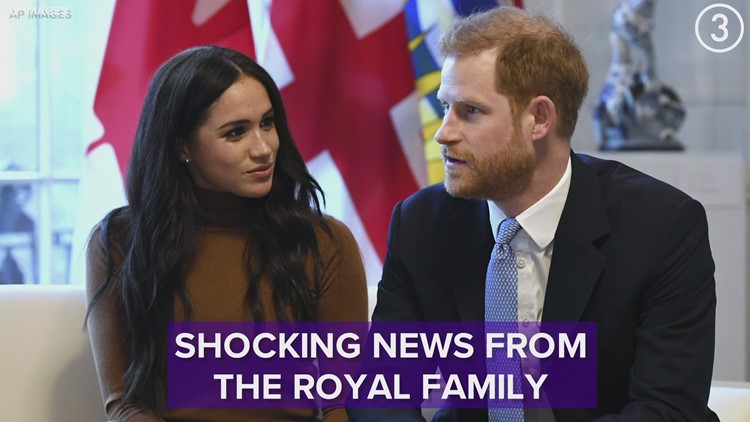 Watch | Meghan Markle is coming back to your TV screen, Ariana Grande shares the wealth and Kourtney Kardashian shuts down her son's Instagram page

Some celebrities are popping up in new places, others are handing out help, there's an update in the college bribery scandal and one Kardashian family puts the kibosh on a rogue social media account in your Pop Break.

Megan Markle is back on the big screen... sort of.

The Duchess of Sussex is the voice behind Disney's new nature documentary, Elephants.

Her narration was actually recorded last fall in London, long before she and husband Harry stepped away from their senior royal duties, according to People.

The film will be available for streaming starting April 3 on Disney+.

Singer Ariana Grande is reportedly keeping a low profile while helping out her fan base.

Sources tell TMZ that the singer is quietly using Venmo to send money to people who are out of work because of all of the shutdowns related to the COVID-19 coronavirus.

Apparently she's picking people at random based on their Twitter interactions.

Fuller House star Lori Loughlin's legal team seems to think her troubles may be over.

She and hubby Mossimo Giannulli are asking that their college bribery case be dropped.

The couple claims prosecutors tried to conceal evidence that Loughlin repeatedly questioned the legality of payments she made on behalf of her two daughters to get them into the University of Southern California.

And everybody know if there's one person you can't fool, it's your mom. That applies especially when it comes to social media, and you're the son of a Kardashian.

The minute Kourtney Kardashian found out her 10-year-old son Mason Disick had an instagram account, she deleted it.

Kourtney shared the story while going live on the Instagram account for company, Poosh, saying Mason is way too young and citing Instagram's Terms of Service, which require users be a minimum of 13 year old.

Mason's dad, Scott Disick, was on board with the decision, too.