Production will begin in June, and will be Northeast Ohio's first major film project since the start of the COVID-19 pandemic 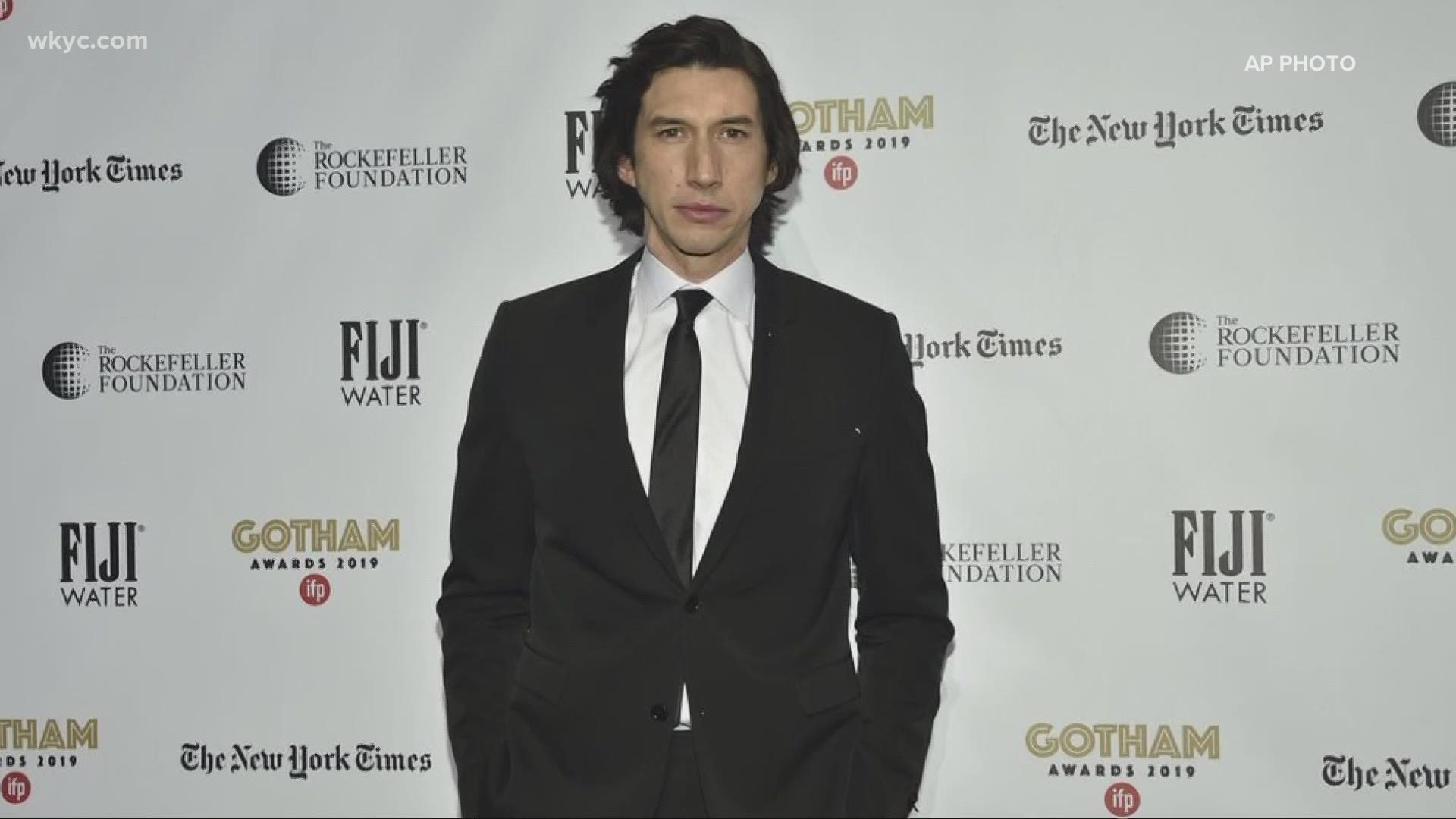 HIRAM, Ohio — Get ready to spot Hollywood stars once again in Northeast Ohio.

3News has exclusively learned that the greater Cleveland area will be the site of an upcoming Netflix film starring Adam Driver ("Star Wars: The Force Awakens") and Greta Gerwig ("Lady Bird") and directed by Noah Baumbach ("Marriage Story," which also starred Driver). The project is an adaptation of the novel, "White Noise" by Don DeLillo, according to IndieWire.

The Netflix project is set to begin filming in June, for an approximately 7-month long production. Ohio's film industry hopes the project will be the kickstart the industry needs, since the pandemic brought movie making to a standstill.

"It's something we're very excited about, because hopefully it'll get people back to work," said Mike Wendt of the Greater Cleveland Film Commission. Wendt described the project as "still very hush, hush," and could not disclose any details about the upcoming film, but according to the Ohio Development Services Agency, a Netflix production in Cleveland was approved last month for state tax credits valued at an estimated $23.8 million.

Meanwhile, in the small village of Hiram in Portage County, locals have been buzzing about Netflix location scouts who have been scoping out the village and the campus of historic Hiram College, where would-be U.S. President James A. Garfield was once a student and later, the college president.

"It would be exciting for the community," said Hiram Mayor Lou Bertrand. He said he spoke to a Netflix representative, who told him that the plot of the movie includes an explosion, and "the lead character is a college professor, and there's a scene where people are escaping the disaster of the small village," Bertrand recalled.

Hollywood reports say Driver will play a college professor of Hitler studies at a small liberal arts college in middle America, where an explosion unleashes a toxic chemical cloud. He and his wife, played by Gerwig, face the catastrophe together.

Bertrand is optimistic about what this could mean for his community.

"It would be a great addition to our community economically, yes, and a big part of our history," he said.

According to the Greater Cleveland Film Commission, the Ohio Motion Picture Tax Credit has generated an economic impact of $700-million in the state. Clevelanders have gotten to experience the cool factor of major productions, like "The Avengers," being filmed around town, thanks to Marvel directors Joe and Anthony Russo, who are Cleveland natives.

This will be the first movie filmed in Northeast Ohio since the start of the COVID-19 pandemic, with past projects including "Cherry" and "Judas and the Black Messiah." Although they could not discuss details, the film commission hoped the project will lead to a bright future for the local film industry.

"2020 took a big hit on the film industry, so we're hoping that with a lot more safety precautions in place, that it could be a busier 2021," said Wendt, who added that their next goal is to build up Ohio's film infrastructure. He said that would include training for a film industry workforce, and building permanent sound stages for movie production. The closed 1.2-million square foot I-X Center in Cleveland is being considered as a potential location.

"We are excited about it, and really encouraged about the future," said Wendt.