"I don't think this is just another movie, this is something very different." 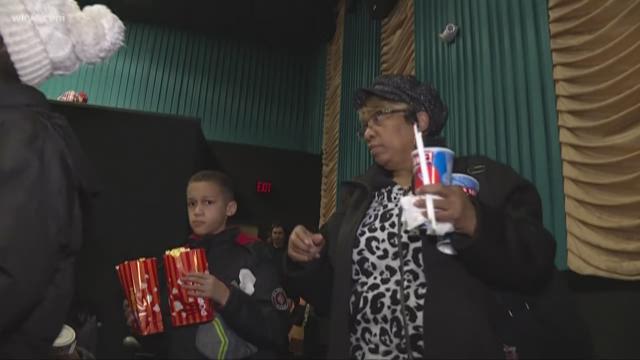 Before it hit theaters, Black Panther had already made history.

The movie reveals the origin of Marvel Superhero Black Panther, but it’s the origins of the actors that has drawn people in.

It’s an all-black cast and with a black main character, along with the young director, who’s also black.

Not to mention, the movie is inspired by African nations.

"I think this is great, this is long overdue,” Deborah Benton, moviegoer, said.

Even talking to the younger viewers, they shared the same mindset.

"I don't think this is just another movie, this is something very different,” Sabrina James, 16, said. "You don't get to see this often."

The movie tackles a genre that’s hardly touched in Hollywood and showcases a different view of a woman’s role.

Many have said it’s something of a history lesson, making history itself.

Ask the fans, there’s no shortage of praise for the film and the positive direction they’re seeing movies heading.

“Hopefully this movie will also help in making a change of the opinion of us, the thought that we might not be a good fit or be able to do this, but we can,” James said.