Cleveland is one of only six cities in the country getting the Russo Brothers' new movie Cherry in theaters. 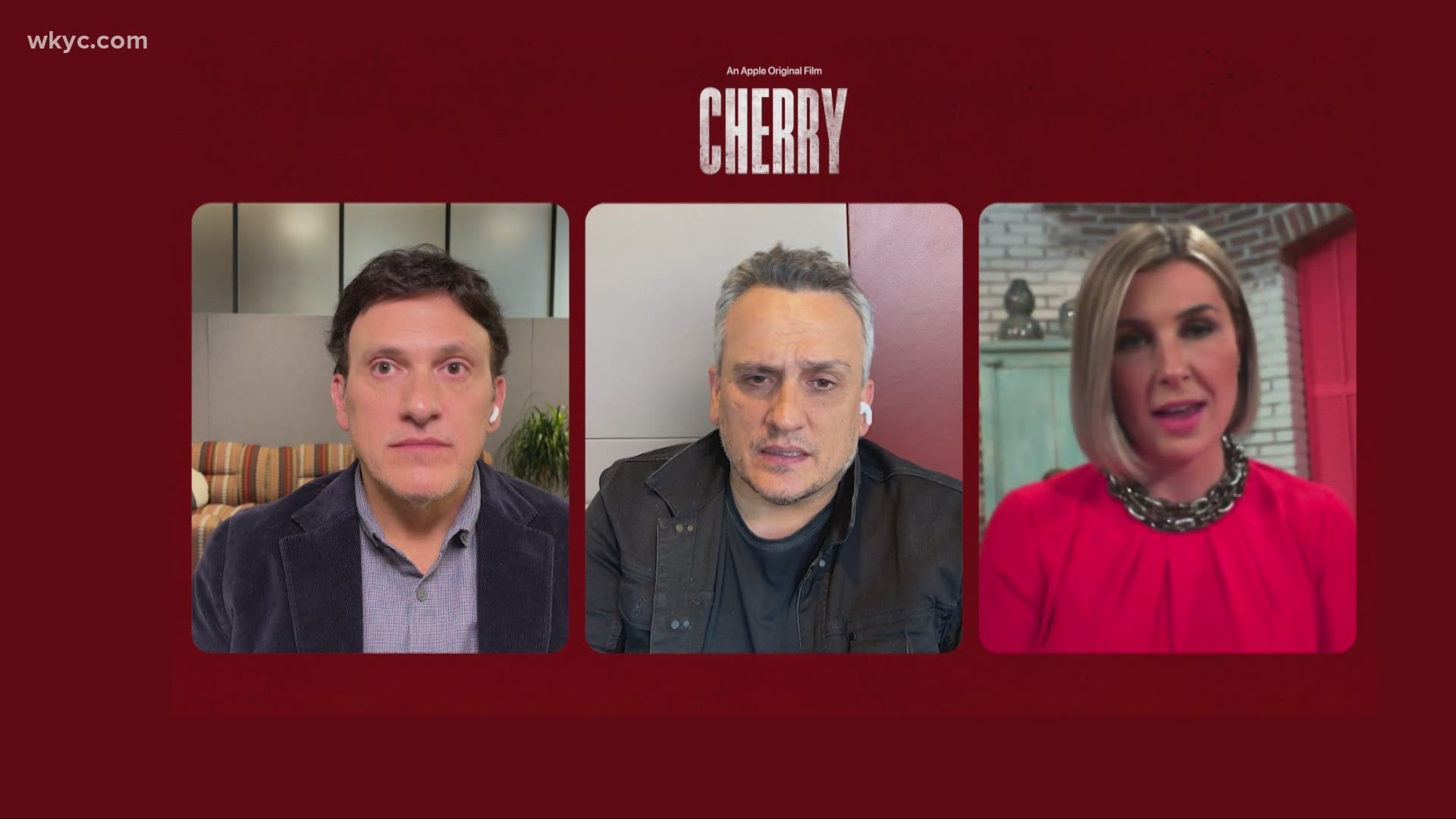 CLEVELAND — Brothers Joe and Anthony Russo Grew up on the east side of Cleveland, spending many days of their youth in the Little Italy area.

Cherry is their first film since their blockbuster “Avengers: Endgame,” which set worldwide box office records.

This week, the directors joined Sara Shookman for an interview about the new film, along with Ciara Bravo, who plays "Emily."

We asked the brothers why Cherry is the most personal work they've done in their careers to date.

“Nico Walker is from Cleveland. He’s from the same area of Cleveland we’re from," explains Joe Russo. "He worked at the same restaurant I worked at 10 years apart, La Dolce Vita in Little Italy.”

Cherry is loosely Nico Walker's own story, adapted from his book by the same name for the big screen. "Cherry" is played by Tom Holland, who worked with the Russo Brothers as Spider-Man in the "Avengers" films.

He joins the Army, serving time in Iraq, suffers from post-traumatic stress disorder, and becomes addicted to opioids. He then turns to robbing banks.

“And the movie, and the narrative is very much about his emotional and psychological experience of these things," adds Anthony Russo.

Walker wrote the narrative while serving time for the 10 Cleveland banks he robbed.

The Russo Brothers have seen Ohio as ground zero for the opioid epidemic - impacting so many of us.

They've seen the struggle in their own family. Their sister, Angela Russo-Otstot, was one of the movie's co-writers.

“She was right for this for this movie for so many reasons, but certainly a part of it was the fact that she was also tied into our shared family experience with these issues," Anthony Russo explains. "We were all on the same sort of wavelength in terms of how to channel that into this story.”

Bravo herself grew up in Cincinnati. She and Tom Holland spent time at a Cleveland rehab facility to research their characters.

“Without their generosity, and allowing me to come in and speak with those individuals who were kind enough to share their story with me, I know I wouldn’t have been able to do half the job in this movie. So I really do owe them so much," Bravo says.

Cleveland is also a character in Cherry. There are so many spots you'll recognize.

Like Shaker Square, Our Lady of Peace, where the brothers went to grade school, and their father’s high school -- St. Peter Chanel in Bedford, which was torn down last summer after the October 2019 filming.

“I don’t know if you know that on the east side, but it’s this amazing facility with this great classical building. We were able to turn that into our army base, for basic training," says Anthony Russo.

Now that Cherry is done, do the Russo Brothers have any plans to shoot another movie in Ohio?

“We’re always looking for reasons to shoot in Cleveland," says Joe Russo. "Every time we bring a crew to Cleveland from out of town, they absolutely fall in love with the city, so."

“It felt like rolling with the kings of Cleveland. It’s like there’s no better way to experience that city," adds Bravo. “It’s such a great city, full of the most wonderful people I’ve ever met. And I really hope I get the chance to work there again in the future.”

Editor's Note: You can watch the entire interview with the Russo Brothers in the player below.

See the entire interview with Ciara Bravo below.