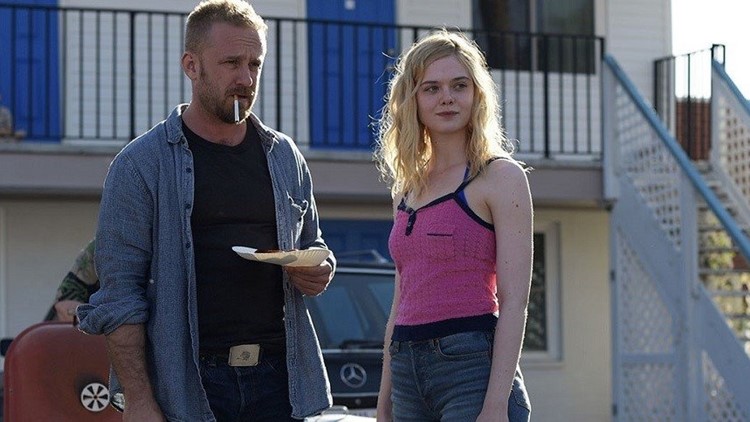 TORONTO -- The movie world is heading to Ontario, Canada, this week, including four Greater Clevelanders very familiar with the Toronto International Film Festival.

In fact, we’ve met a trio of them on this site in previous years of tracking what they see and letting folks know that Jon Forman, Bill Guentzler and Mallory Martin are working hard to bring some good movies back home.

All three, of course, have deep-seated roots to the Cleveland International Film Festival which, by the way, unspools again March 27-April 3, 2019, at Tower City Cinemas.

Forman, who founded CIFF in 1977, now is the longtime president of Cleveland Cinemas, operating 46 screens at six locations in and around Cleveland, including the group at Tower City, and one in Pittsburgh.

“As always, I am overwhelmed at the schedule of films in Toronto,” said Forman, who has attended “most” of that city’s film festivals which, like Cleveland’s, have been booming for 43 years. “Just.in looking at the number of press and industry screenings there this year, I can see that many important (to me) films are once again screening at the same time.

“That means that memories of waiting in long lines for the privilege of seeing these films, often 45 minutes before showtime, bring back thoughts of something I’m not looking forward to.”

Regardless, Forman says he “always finds attendance at TIFF helpful and informative” …” because the films represent some of the more significant ones that will be shown at the end of this year and early next year, with some even perhaps playing 12 months from now.” Once again, Forman says, he’ll likely watch upwards of 30 films in the six days he’ll spend in Toronto.

Meanwhile, Guentzler (CIFF Artistic Director) and Martin (CIFF Director of Programming & Projection) expect to watch even more during their 10-day stays of scouting product for their hometown festival.

“This year already has been quite busy for us programming-wise,” Guentzler reports. “I served on juries at both the Hot Docs Festival in Toronto in April and the Seattle International Film Festival in May.

Adds Martin: “We both can say that we are more excited for this year’s Toronto lineup than ever before. Both of us plan on seeing at least five films a day, and most of those will be international titles that we will be hoping to secure for CIFF next spring.”

The fourth member of the Cleveland quartet we will attempt to keep tabs on at TIFF actually has a movie of his own among the 255 features being screened there. That would be Chagrin Falls native Tyler Davidson, producer of Galveston, which is based on the novel of the same name by Nic Pizzolatto (writer/creator of HBO’s award-winning “True Detective” and screenwriter of the “Magnificent Seven” remake that opened TIFF in 2016).

We’ll certainly attempt to catch up with Davidson, whose “Take Shelter” (2011) and “My Entire High School Sinking Into the Sea” (2016) played at previous Toronto festivals, during this year’s 10-day event (Sept. 6-16).

Perhaps we’ll even find someone to talk with about White Boy Rick, another TIFF crime thriller with local connections, since the Matthew McConaughey starred was filmed all over northeast Ohio last spring.

Our regular festival reports start here Thursday – TIFF opening day – when we peek at what friends and colleagues in Toronto are picking as the films to see there. In the meantime, check out www.tiff.net for more info on what’s playing and when.