‘Shang-Chi and the Legend of the Ten Rings' Review: A top-tier MCU performance to put you in the mood for more Marvel

Tony Leung is the not-so-secret weapon to the MCU's first origin story since "Captain Marvel," an overlong but thematically intriguing entry. 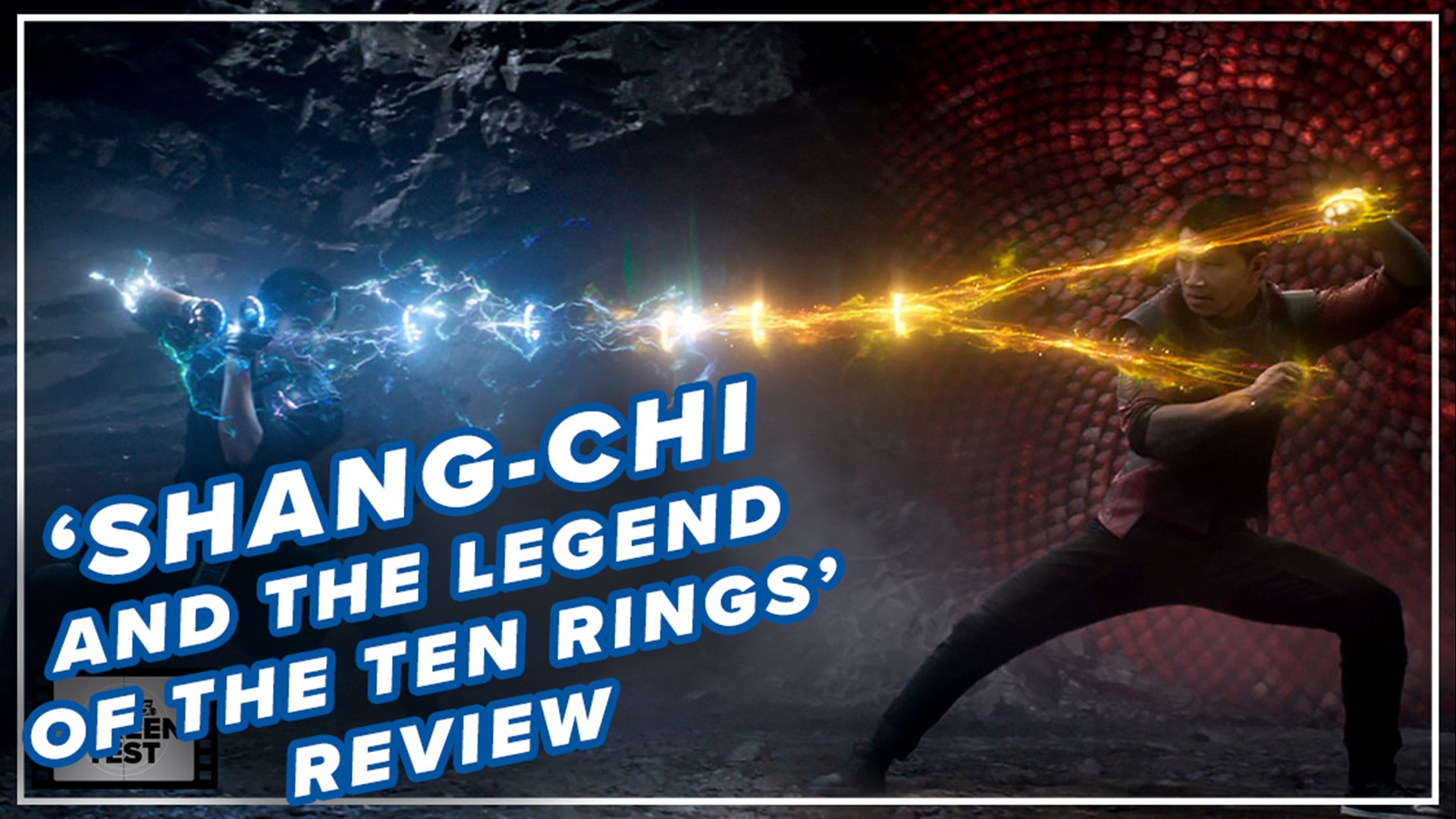 “Welcome to the circus,” an Avenger says not early on in “Shang-Chi and the Legend of the Ten Rings,” but in some of its latest images (as in, stay-during-the-credits-oh-why-do-I-have-to-remind-you late). It’s a definitive invitation. It’s also a bittersweet one. We can’t help but feel some regret at the words, and it’s because the moment can’t help but affirm how memorably the strongest scenes of the preceding two hours ground themselves in a place most would’ve deemed uninhabitable this deep into the Marvel Cinematic Universe experiment.

Twenty-five of those chapters, to be precise, isn’t enough to get used to rubbery green-screen fakeness, unwieldy exposition dumps or jarring moments that cut away from apocalyptic fervor for a bit of side banter, if this latest entry is any indication. But 25 movies is certainly enough for us to notice when the stories are less about superheroism than superhumanism—or, rather, stories about human-sized humanism, where the lore of unfinished personal journeys is etched into the walls of the heart.

Whose heart? In that question lies the thrill of “Shang-Chi’s” highs, and also its catch. The movie will likely make a star out of Simu Liu insomuch as he meets the right benchmarks to satisfy Marvel’s commercially mandated four-quadrant appeal as the titular hero, but it’s the adopted starpower of Hong Kong sensation Tony Leung – an actor of superhuman subtlety on the screen – that grounds the plot in a melancholy potent enough to hold off the comic book movie-ness of it all for an admirable stretch of running time. Making his Hollywood debut, Leung gives dynamic life to the character of Wenwu, Shang-Chi’s thousand-year-old father and eminently unsatisfied commander of the work-from-the-shadows Ten Rings army, and it’s a performance as understated as the movie tends not to be when he’s out of the frame.

It’s a smart move, then, by director Destin Daniel Cretton and the screenwriters (Cretton, Dave Callaham and Andrew Lanham) not only to begin by foregrounding Wenwu’s story, but to give him more narrative consideration than just another foe to be dispatched. In quick order we see how Wenwu came to power, how power gave way to love, the initial stages of how love's absence birthed blind tyranny. It’s one of the most defiantly effective “long ago, in a different time and place…” cold openings movies of this scope have orchestrated in a long, long time.

Then the rest of the film arrives, igniting a so-so execution of the Marvel plot blueprint of would-be heroes forging through one-liners and initial reluctance to fulfill their destinies. Anchored by an easy-breezy wholesomeness, Shang-Chi (or Shaun, as we’re first introduced to him) is low-key and sheepish when we meet him in San Francisco, where he works as a valet parker alongside chronic quipper best friend Katy (Awkwafina) by day and drunk-karaokes himself to sleep by night. The script bends a familiar formula by starting Shang-Chi’s journey in backstory res, however. He’s well aware of the powers he’s willingly suppressing, and it’s after he’s forced to unleash them in a thrilling action-sequence high point (and dutiful Jackie Chan-movie homage) aboard an out-of-control bus that questions start to sprout: Why has he spent years carving out an unassuming new identity for himself, estranged from his family and home?

“Shang-Chi and the Legend of the Ten Rings” will mostly detour through the introspection of those questions while laying the basic motivational mechanics on thick. Dad wants to see his kids. Son wants to warn sister. World-ending schemers and red herrings lurk in the background ready to spring, an impression of gravitas maintained by that Marvellian tendency for perfectly timed reactions, revelations and arrivals. Everything is increasingly relative in a franchise whose consistency continues to dominate its genre, which is perhaps why amid the extravagant parallel realms, soul-sucking dragons and man-eating forests that lend “Shang-Chi” its status as a blockbuster comic book movie are tinges of a narrative about yearning, self-worth, emotional abandonment and daunting familial responsibility with real gravitational pull. Of all the influences Cretton could have pulled from, it’s unexpected to spot rugged versions of the thematic textures from “The Farewell” when “Shang-Chi” pits generations against each other in scenes of levity and, later, of grandiose consequence.

There’s also an admirable sense of intention to how the script steadily unfurls its emotional spine through the movie’s 130 minutes. Earlier chapters of Shang-Chi’s adolescence and strict training under Wenwu resurface throughout, further muddying the pace of a movie that feels twice as long as it is but also bringing the personal stakes that much closer to the surface. More than just one voice takes the reins in recounting this backstory, and while a more grounded version of “Shang-Chi” might have probed deeper into the nuances of storytellers and storytelling, we observe how decisions take a new shape based on whose eyes we’re viewing past deeds and current obsessions through. Wenwu is never not the clear antagonist of this movie, but in Leung’s hands the patriarch is also vastly more complicated and intriguing than perhaps every other MCU villain.

I realize I’ve gone this far into discussing “Shang-Chi and the Legend of the Ten Rings” without saying much about the second half of that title, an element of this adventure that is at once central yet also on the periphery. If it’s a testament to the film’s writers that their priorities revolve around emotional affairs rather than totemic ones, then it’s par for the course that the ambitions of “Shang-Chi’s” more hyperactive and indulgent sequences fall flat when veering outside the strengths of Cretton, who proved himself adept at showcasing the organic evolution of interpersonal relationships in his 2013 effort “Short Term 12.”

This is still a Marvel movie, that is, which means it threatens to snuff its own interpersonal drama when deploying ill-timed humor and insisting on an extended ensemble of characters; clearly, they're primed for future MCU involvement beyond this relatively isolated chapter, which here means any interpretation of ostensibly vital personalities can only reach certain depths. The franchise is desperate for some self-awareness in other areas; when Shang-Chi suddenly finds himself without a shirt or Katy teases her own prowess with a sudden overexertion of new skills, all they can do is shrug and smirk. As for the ten rings themselves, don’t exert yourself too much wondering about the limits of their power. The screenwriters all but directly inform us there'll be time to wonder about that later.

I could harp on, too, about Cretton and Marvel’s narrative architects for their insistence on drenching a climactic skirmish with enough CGI sound and camera-jerking fury that what we see on the screen often becomes downright indecipherable. But to do that would be to ignore the superior action choreography which paves the way to this bloated third act, particularly a key confrontation in the movie’s Wenwu-centered prologue which sees Marvel discovering a quality it could frankly stand to deploy more often: Grace. The sequence is one of beautifully scored grandeur, balletic wuxia movements and increasingly steamy countermoves, a meet-cute of the Marvel kind which nonetheless recognizes maybe, just maybe, a mere look can contain more power than a quip. Not for nothing, it helps that we have the eyes of Leung to transport us, to put us in the mood for following this particular love story instead of inevitably jumping forward in time to more familiar MCU destinations.

All the same, towards more familiar MCU destinations are where this movie’s hero will march, though we can’t pretend we didn’t expect that going in. Origins are built to become legacies, and Shang-Chi seems to have already established his own among franchise fans. The circus may be where the most spectacular steps of his journey await, but it remains to be seen if the most poignant ones aren’t now behind us, enduring through the lasting impression of an MCU performance so stellar you sometimes forget it’s being delivered via the MCU.

"Shang-Chi and the Legend of the Ten Rings" is rated PG-13 for sequences of violence and action, and language. It's now playing in theaters.