Ohio ranks third in the nation for most drive-in theaters. 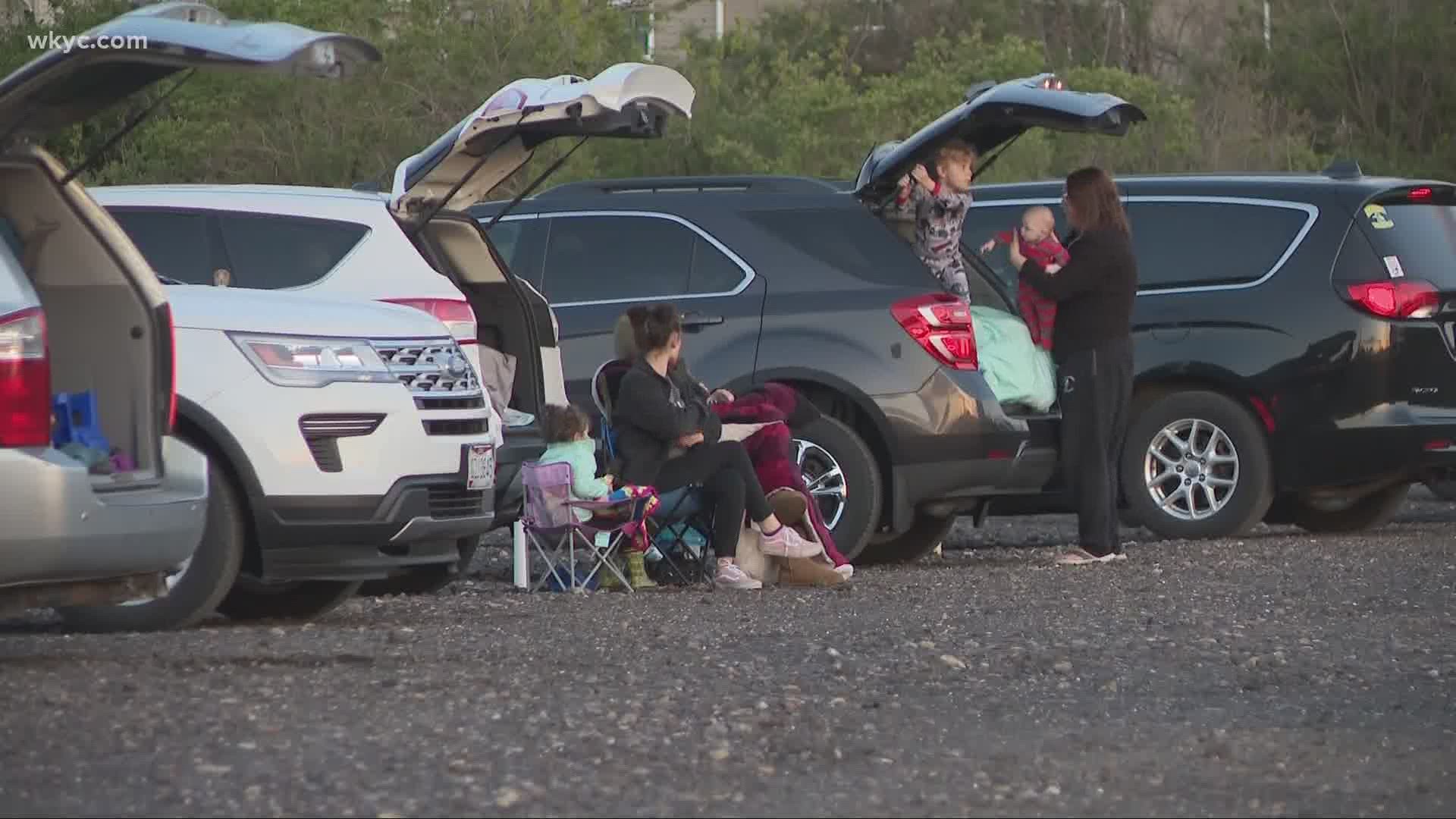 NORTH RIDGEVILLE, Ohio — As the sun started to set over North Ridgeville, a steady stream of cars began to flow into Aut-O-Rama Twin Drive-in Theatre on Lorain Road.

"We haven't left the house since March 27," shouted one driver.

Children dressed in their pajamas, plopped themselves onto pillows in the open backs of SUVs and minivans, ready for the feature of the night, "Trolls 2."

"We are just looking for a night of normal," said Christen Enochs, a mother of three. "We've been in the house since February."

Meanwhile, three generations of the Sherman family were bustling and preparing for the grand opening of the theater, after getting the green light from the state to reopen.

"We've been socially distancing since 1965," said co-owner Del Sherman, with a smile.

No one would have predicted that it would take a pandemic for drive-ins to finally get an edge over still-shuttered cineplexes, which are not expected to open until the end of the month. The novel coronavirus has made retro, cool.

"It's just something that they've done in the past," said Sherman. "They kind of know what it is, and they're kind of reaching out to something they're familiar with."

Drive-ins offer a slice of Americana that is deeply rooted in Ohio, which was one of the first states in the nation to open drive-ins, with Akron's Starlight Auto Theatre in 1940, according to Cinema Treasures. Today, there are about two dozen drive-ins still open in Ohio, the third most in the country, according to driveinmovies.com.

And they are not your grandfather's drive-in.

"We transferred over to digital projection now, and that opened up a lot of avenues for us with better picture quality," said Sherman. The theater broadcasts the film's audio on an FM radio station, that movie-goers tune into in their cars.

What's old is new again, as an old-time form of entertainment finds a new audience in these modern and unsettled times.

Aut-O-Rama plans to open 7 days a week. Prices are $10 for adults, and $5 for children. Tickets are purchased online, and in order to maintain comfortable social distancing between cars, the theater is reducing its 1,000-car capacity by half.

Watch our feature on the Aut-O-Rama from June 2018:

RELATED: Which restaurants in Northeast Ohio are opening for outdoor dining on Friday, May 15?