It will be the first new solo album for the Grammy-winning artist since 2015. 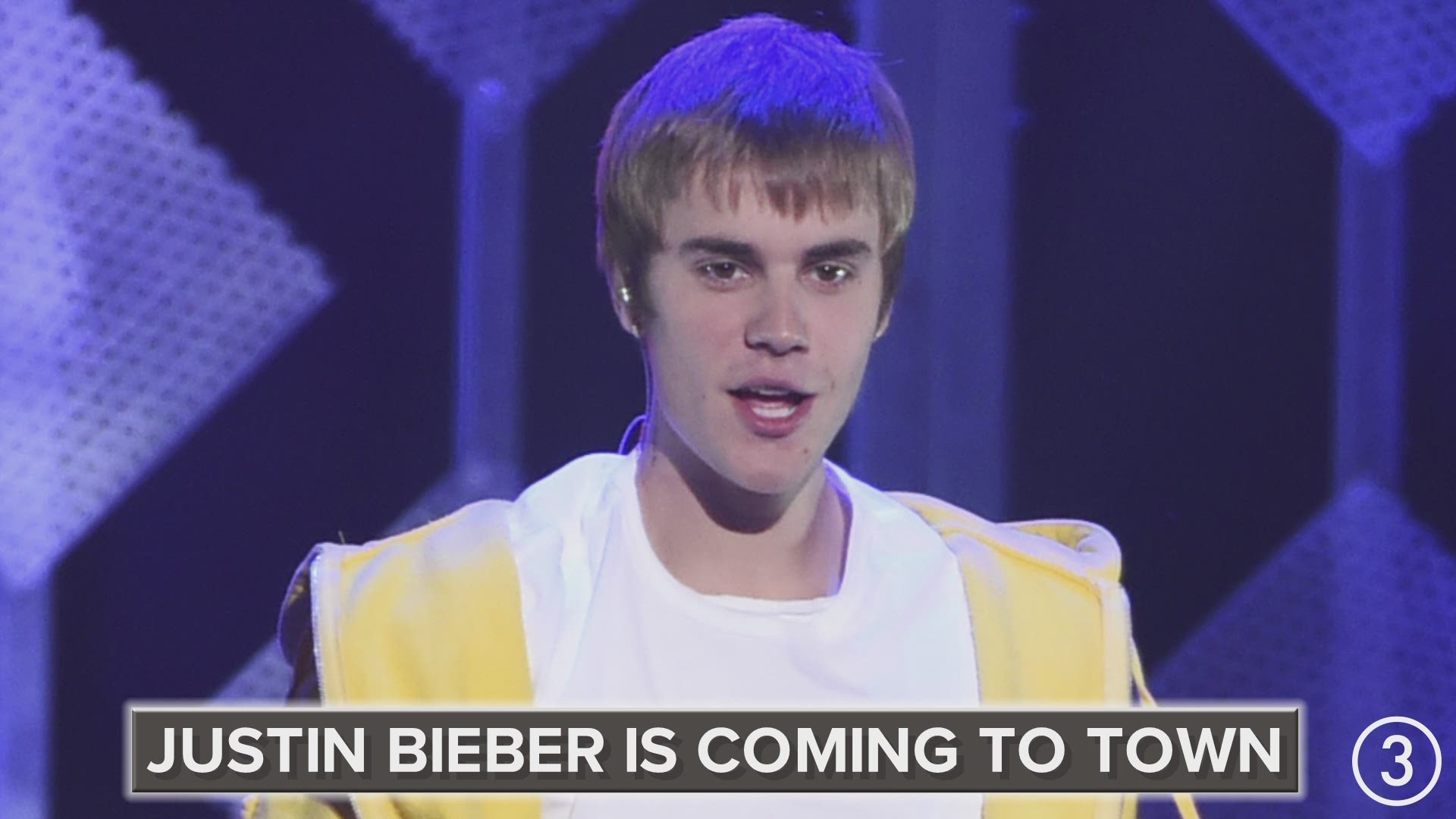 CLEVELAND — Belieb it, because it's happening.

In a video released Christmas Eve, Justin Bieber has a few announcements: He will be releasing his first solo album since 2015, he will drop a new single called "Yummy" on Jan. 3, and he will embark on a 45-city tour across the United States and Canada beginning May 14. The latter includes a stop at Cleveland's FirstEnergy Stadium on Aug. 14.

The video included a sample of "Yummy," along with a message from Bieber himself. The Grammy-award winning artist admitted to his imperfections over the last few years.

"I believe that I'm right where I'm supposed to be, and God has me right where he wants me," Bieber can be heard saying. "I feel like this is different than the previous albums just because of where I'm at in my life."

One of the world's most-popular artist with more than 150 million records sold, Bieber announced last year he was taking a break from music to deal with some "deep rooted issues." However, he has still been featured as an artist in several collaborations, including a single with Ed Sheeran titled "I Don't Care."

In addition, Bieber publicly wed Hailey Baldwin in September. The two had already been officially married for roughly a year before the ceremony.

A new documentary series about Bieber will also premiere sometime next year. Information on how to pre-save the new "Yummy" single or how to RSVP for tour tickets can be found at justinbiebermusic.com.