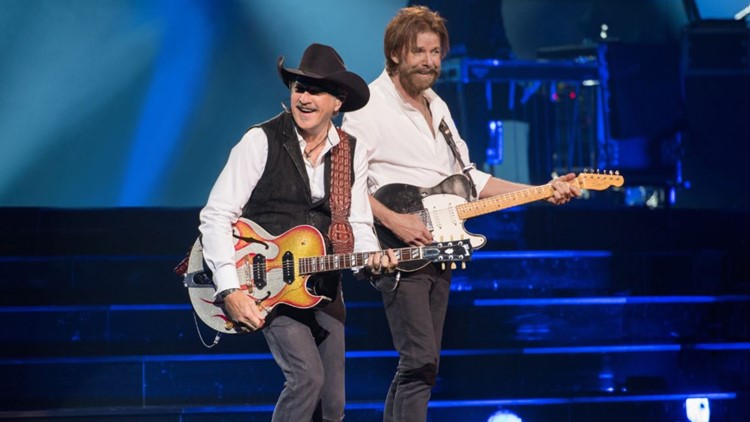 HOUSTON — A decade after they announced they agreed to "call it a day" — Brooks & Dunn are back.

Yes, over recent years they've done shows together in Las Vegas and at the Houston Livestock Show & Rodeo in 2019. But on Tuesday, they officially announced their "REBOOT 2020 Tour" with dates across the country, including one at Blossom Music Center.

The best-selling country duo Kix Brooks and Ronnie Dunn are responsible for hits like "Boot Scootin' Boogie," "My Maria," "Red Dirt Road" and "Cowgirls Don't Cry" with Reba McEntire. Now in their 60s, they were struggling solo artists when Arista's Tim DuBois urged them to join forces in 1990.

Brooks & Dunn won the Country Music Association's vocal duo of the year award every year between 1992 and 2006, except for 2000. Most of the upcoming tour will take place in Las Vegas, but there will be two Ohio stops: First at the Riverbend Music Center in Cincinnati on Aug. 28, and then at Blossom in Cuyahoga Falls on Sept. 18.

Tickets for the Ohio shows are not yet on sale, but you can RSVP or be notified when they are available at brooks-dunn.com/tour.