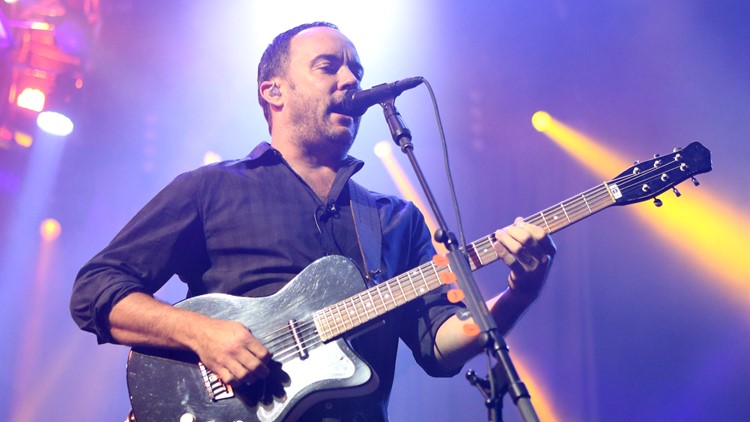 Dave Matthews Band announced Wednesday they will be taking the stage at Blossom on Tuesday, June 23.

Tickets go on sale to the general public on Feb. 21.

If you can't make it to their performance at Blossom Music Center, their tour will make a stop in Cincinnati the following night on Wednesday, June 24.

This concert announcement comes a week after the band was not selected for induction into the Rock and Roll Hall of Fame despite dominating the fan ballot.

This upcoming tour also has a special initiative.

"Dave Matthews Band is committing to help plant one million trees as a collective effort with The Dreaming Tree WInes and DocuSign," according to a press release from LiveNation. "The band invites concertgoers to join them in this mission by contributing an optional donation of $2 per ticket to plant a tree with The Nature Conservancy's Plant A Billion Trees campaign -- a major forest restoration effort with a goal of planting a billion trees around the world by 2025."