"Even in the darkest periods of history of the last fifty years, I never gave up the hope that we can make this a better place to live." 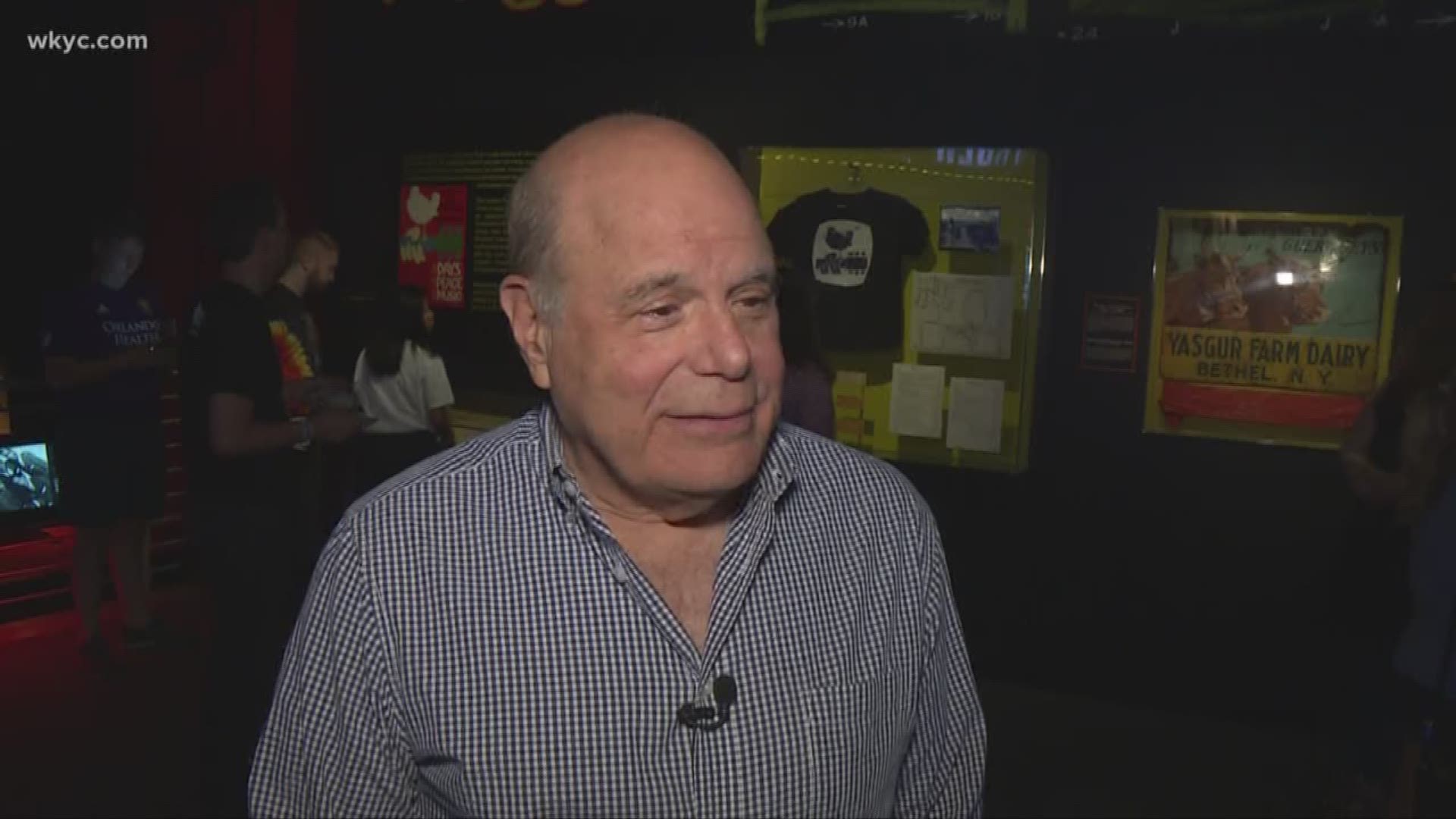 CLEVELAND — We know Terry Gilbert as a criminal defense and civil rights attorney.

Since 1973, he's been practicing law and has worked his way to the forefront of several well known cases including the re-opening of the Sheppard Murder Case and most recently the violations associated with the Cuyahoga County Jail.

But in August of 1969, he was a 21-year-old who bought a ticket to a three day music festival in upstate New York that may have changed the direction of his life.

"I remember a lot, but I've also forgotten a lot," Terry Gilbert says.

But he will never forget the spirit of what Woodstock represented 50 years ago and it was far more than just music.

"The essence of the whole counter-culture of the '60s coming together in one location for three days," he said.

As we walked through the Woodstock exhibit at the Rock Hall, he reflected on a community of nearly half a million who worked together to take care of one another.

"People were motivated by the idea of peace, and a better society and just to be able to party," he said.

He doesn't believe Woodstock could ever be replicated, because it wasn't about money, record labels or corporate sponsorship. It was a culmination of an idea for one generation.

"We were gonna change the world at one time, but that hasn't really happened, but we still have the memories of what it was like," he said.

He made it to the first night of the concert and heard the folk music of Richie Havens and Joan Baez and will never forget Jimi Hendrix's morning wake up with "The Star-Spangled Banner" on guitar. And while memories may have hazed a bit, he knows the spirit of Woodstock never left his soul.

"Even in the darkest periods of history of the last fifty years, I never gave up the hope that we can make this a better place to live," Gilbert added.

Woodstock did have a profound effect on Gilbert. When he returned to Miami University for his senior year, he joined the student mobilization against the war in Vietnam and says he learned to think for himself and question government. In May, just before he graduated, four students were gunned down at Kent State University. That event made Gilbert decide to go to law school.

50 YEARS SINCE WOODSTOCK: How a fundraiser transformed into an iconic (and free) music festival