Rage Against the Machine bringing tour to Cleveland this summer 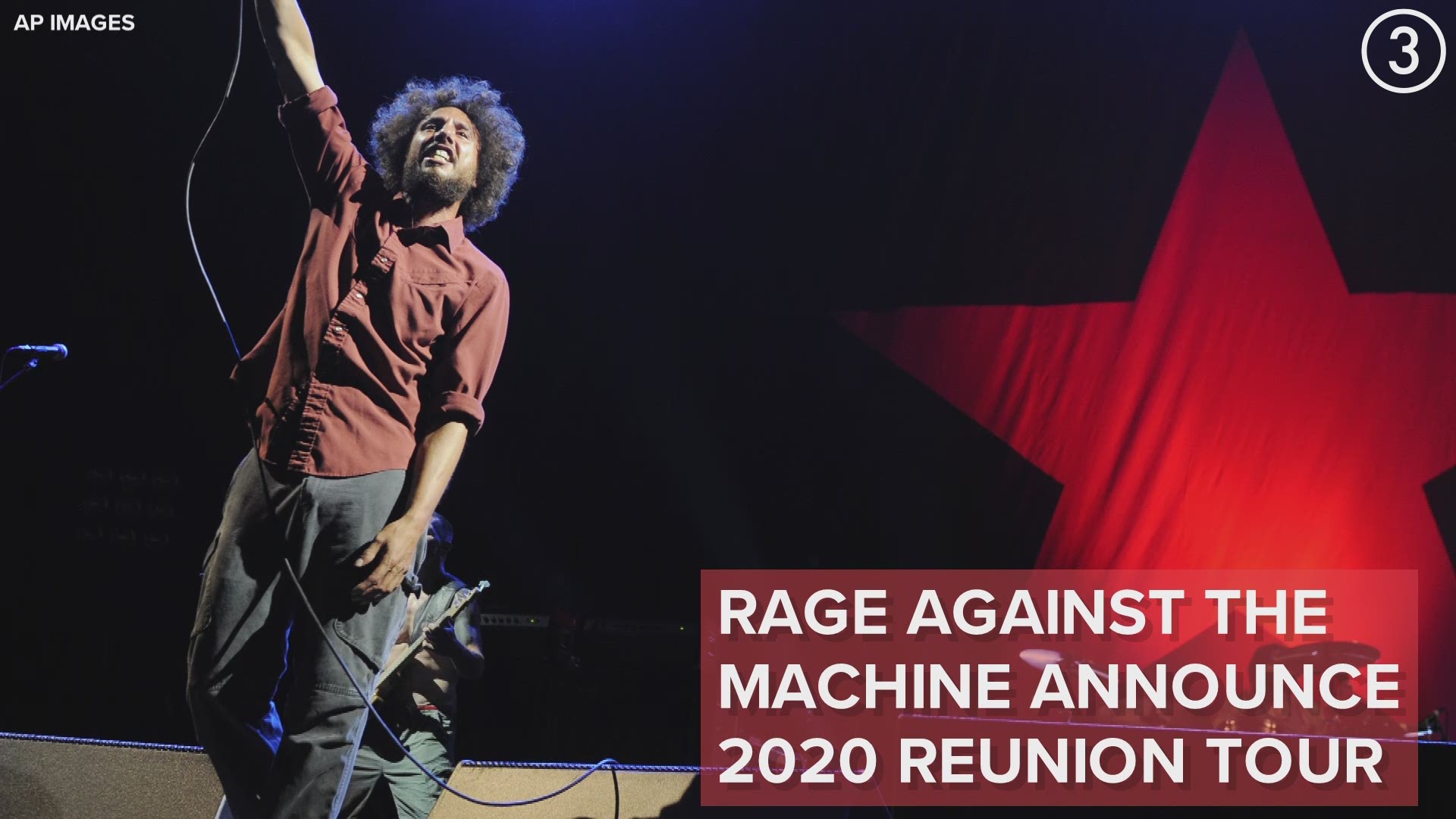 CLEVELAND — A nine-year hiatus has Rage fans hungry for more music, and an announcement made Monday should suffice.

The band on Monday announced dates for its 2020 world tour with supporting act Run the Jewels, which includes a Cleveland date July 29 at Rocket Mortgage FieldHouse.

The tour kicks off March 26 in El Paso, Texas and ends Sept. 12 in Vienna, Austria. The Cleveland show is currently the only Ohio stop, though nearby shows include July 13 in Detroit and July 31 in Pittsburgh.

Tickets go on sale Feb. 13 at 11 a.m. through Rocket Mortgage FieldHouse, though they'll also be available through the band's website.

Rage Against the Machine announced its revival in November, leaving fans anxiously awaiting tour dates. The band will also headline Coachella April 10 and 17.