Musicians of different backgrounds, genres and techniques are on a mission to save local stages after the pandemic shut down so many. 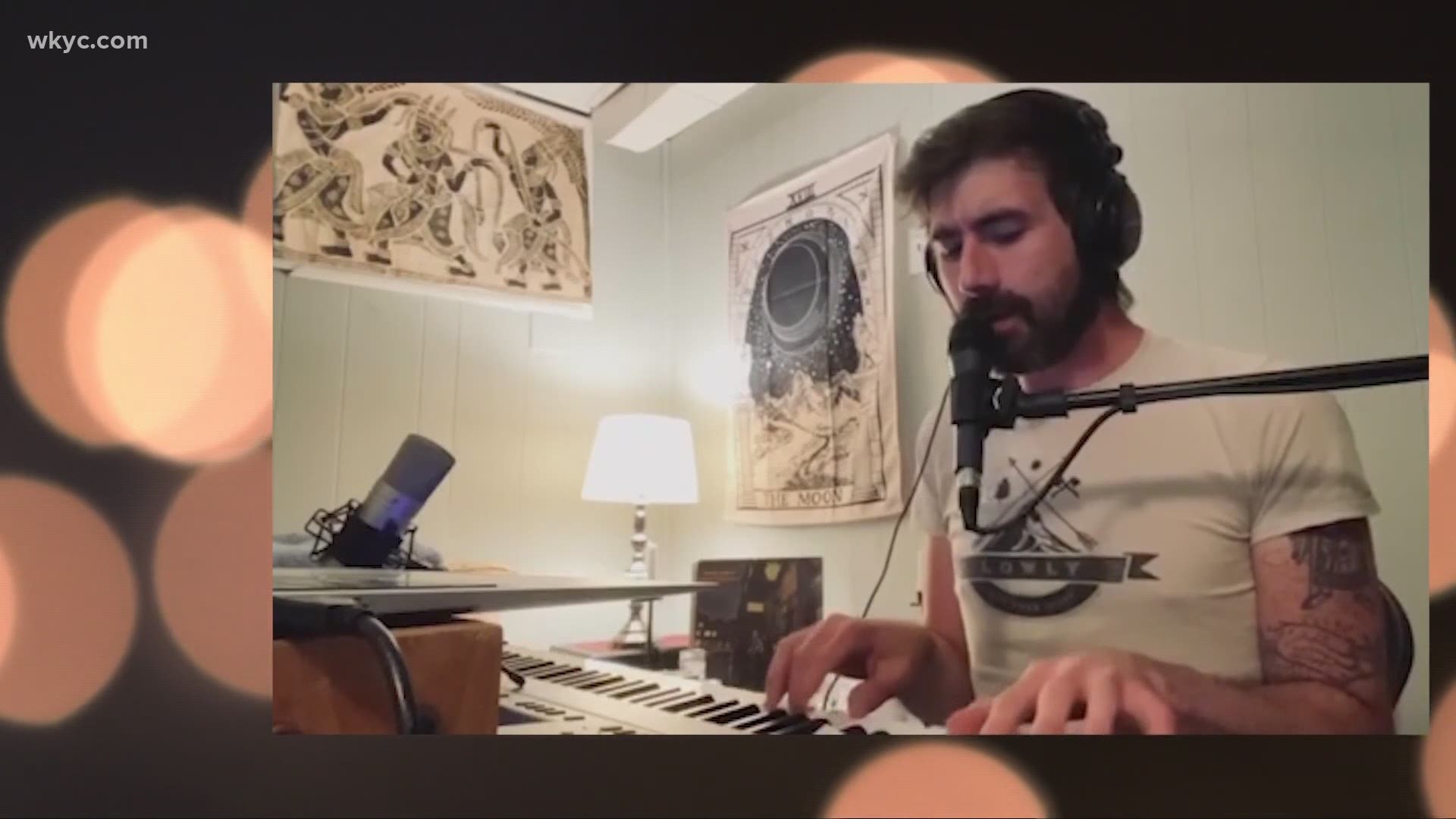 CLEVELAND — The pandemic has greatly impacted local musicians. Some have even banded together and collaborated on a song called, "When the lights come on again."

Cleveland area musicians of different backgrounds, genres and techniques are on a mission to save local venues after the pandemic shut down so many. Musician Mikey Silas of the Band Apostle Jones says he was honored to be part of the video and for a worthy cause.

"It's been a vehicle to get people to donate to 'Cleveland Rocks: Past, Present and Future,' which is an umbrella organization that came out of this time period that raises money through the community and helps supports venues struggling and also artists," he said, adding that so far the organization has raised 42% of its $10,000 goal.

Silas was named "Best Male Vocalist" for Cleveland Scene's "Best of Cleveland 2020," and he's taken his musical talents to social media. Many artists have used social media as a means to perform and an avenue for donations.

During the past year, the music industry has lost billions. David Spero has been a music manager since 1973, and the pandemic has turned his job upside down.

"I cancelled over $8 million worth of dates," he said. "We are completely cut off. My guitar tech who lives in Indiana, he's driving Uber right now. It isn't just the bands; it's the crews, it's the bus companies, it's the hotels, the restaurants, the gas stations. The trickle down effects of touring [are] so huge."

Here in Cleveland, rock and roll's biggest night is making its return. The Rock and Roll Hall of Fame is set to make an announcement about the upcoming 2021 induction ceremony, which is set to take over Cleveland this coming fall. The announcement from CEO & President Greg Harris will take place at 11 a.m. this Tuesday. 3News will have live coverage as it happens.

Cleveland was originally slated to host the 2020 induction ceremony, but the in-person event was delayed and then canceled due to ongoing COVID-19 concerns. The Rock Hall opted for an HBO special honoring the 2020 inductees instead of the traditional ceremony.