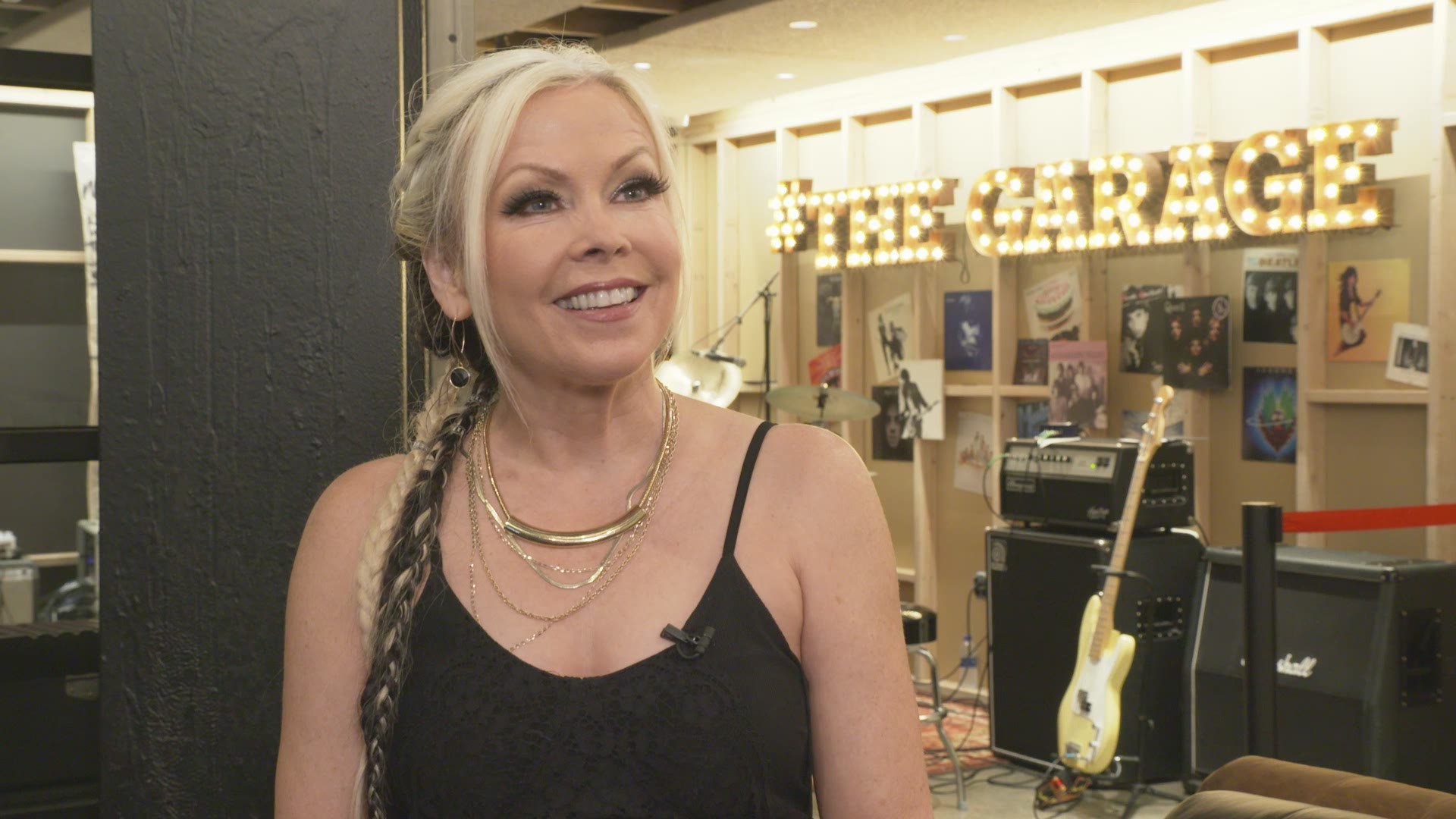 Visitors to the Rock Hall today got a pleasant surprise when Terri Nunn, lead singer of 80's new wave band Berlin, dropped in to make a donation to the museum and perform a brief set.

Know for such hits as "No More Words," "The Metro" and "Take My Breath Away," which hit the top of the charts after being featured prominently in the Tom Cruise hit movie "Top Gun,"  Nunn and her bandmates performed at the House of Blues Sunday night before hitting the Hall on their way to New York.

Before performing for the dozens of fans who packed around the Rock Hall's Garage, Nunn presented Rock Hall President and CEO Greg Harris with the outfit she wore during a performance of "No More Words" on American Bandstand in 1984.

We caught up with Nunn prior to her performance and talked about her career, how Cleveland played a big part in launching Berlin, that career defining hit and what being able to make a donation to the Rock Hall meant to her.

She was clearly moved by the opportunity and started to choke up as she explained how important it was for her and her bandmates to be included in a collection alongside many of their idols.  You can see it all in the full interview above.