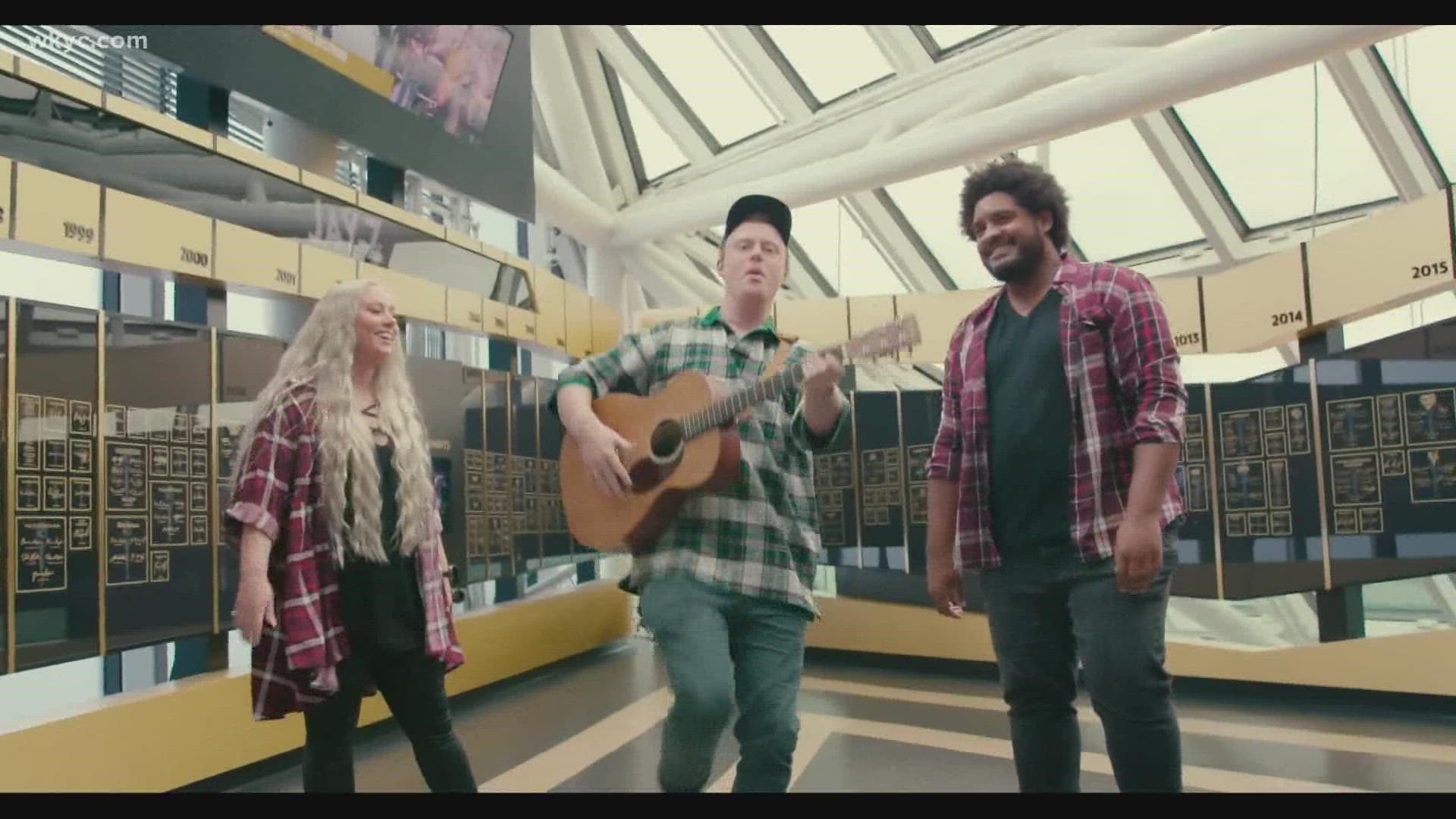 CLEVELAND — The Rock and Roll Hall of Fame's Resident Rocker program, presented by the Kulas Foundation, is a summer long residency that gives a local musicians industry training, networking, and performance opportunities. Now it it's second year, the program aims to help support local talent succeed in the ultra-competitive music industry.

"So here at the Rock Hall, we obviously are all about the history of music and rock and roll. But the thing that we have to remember to never forget is also talking about where it's going," said Kathryn Clusman, Manager of Community and Family Programs. "The program itself is really going to be an asset for the music industry as a whole, but specifically artists."

And this year's resident rockers represent diverse sounds. From Marcus Smith - a self-described multi-instrumentalist rapper-singer, to Sarah Bailey, a pop singer-songwriter who is self-produced, and Game Reed aka M.O.O.K.Y., an eclectic artist who bends together, modern hip hop, post punk and pop music.

And though these rockers already have plenty of experience under their belts, the residency is also teaching them new skills as well.

"It's funny because I was almost done with music, but this summer has just sparked that creativity again," Smith said.

For Bailey, networking opportunities have made the difference.

"You're just meeting so many people," she said. "You're meeting all of the Rock Hall staff, but you're also meeting so many industry professionals in Cleveland and even other cities."

And the chance to play on the Rock Hall's famous stages doesn't hurt either.

"Playing at the Rock Hall, in general's pretty a surreal feeling," M.O.O.K.Y. said. "You know, the same stages that a Taylor Swift is played on. I'm very blessed to have the opportunity to work with such great people."

"So many people think of other cities when they think of, you know, growing the music industry or where to go to get big, oh, we're going to go to Nashville. We're going to go to New York. Um, but I think we really want to be one of the contributors to making Cleveland a great city for current music as well."

With this summer's residency, wrapping up the hunt for next year's rockers will begin soon, but it's 2020 ones. Artists look towards the residencies end and all have future projects on the way their advice to future potential cohorts is invaluable.

"If you're applying for this program, be yourself be original," Smith advised. M.O.O.K.Y. agrees.

"I think you need to be as unique as possible," he said. "I made a promise to myself that I wasn't going to change the way I write."

And Bailey says, she looks back on her experience with no regrets.

"It was the best thing I think I've ever done in my whole entire life was coming here and I never want to leave," she said. "So I can just tell every artist, just do it, take that leap and invest in yourself and believe in yourself."

You can apply for the 2022 Resident Rocker program here.