Music has been a leading voice all along. 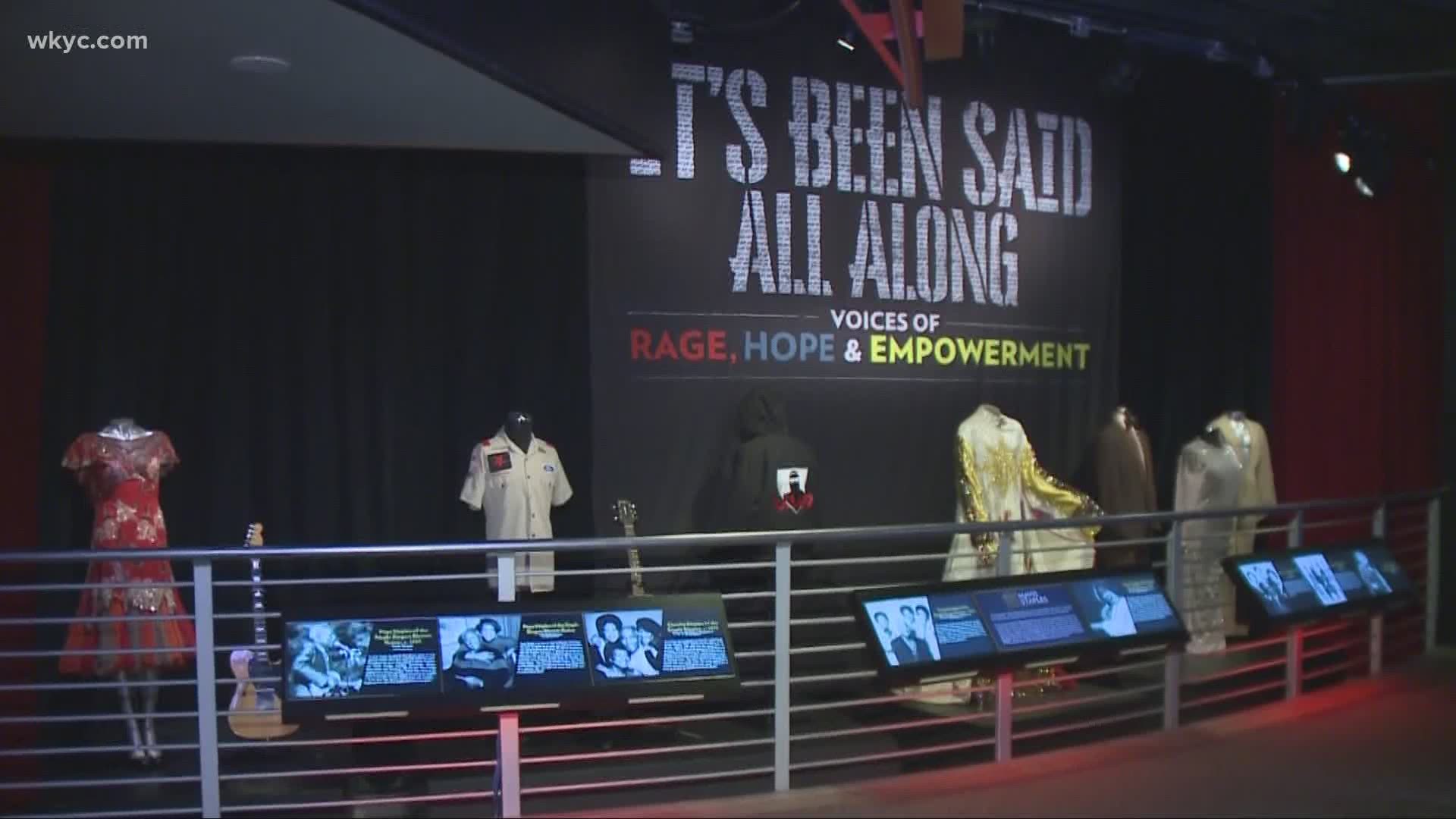 CLEVELAND — A new exhibit opens this weekend at the Rock and Roll Hall of Fame and Museum and it comes at a critical time.

Called “It’s Been Said All Along: Voices of Rage, Hope & Empowerment,” the exhibition explores civil rights in music.

“I really want people to feel that…the messages are tied into the music. It’s not just the good bop, something to dance to, but these songs and these words do have meaning,” curator Nwaka Onwusa said.

There is a screen of Jimi Hendrix performing his iconic version of the national anthem at Woodstock.

“Some people might have called it unorthodox, but he called it beautiful,” Onwusa said. “It spoke to so many people during that time.”

James Brown, Isaac Hayes, and Public Enemy are among other artists highlighted. Their songs often spoke in ways that provoked thought and action.

The exhibit opens Saturday, with items on display including James Browns’ jumpsuit, a dress worn by Aretha Franklin, and handwritten lyrics to “Fight the Power.”

For those visitors unable to make it down due to COVID-19, the museum is working to provide a virtual experience.