The 2021 Rock Hall induction ceremony will take place in Cleveland next fall. 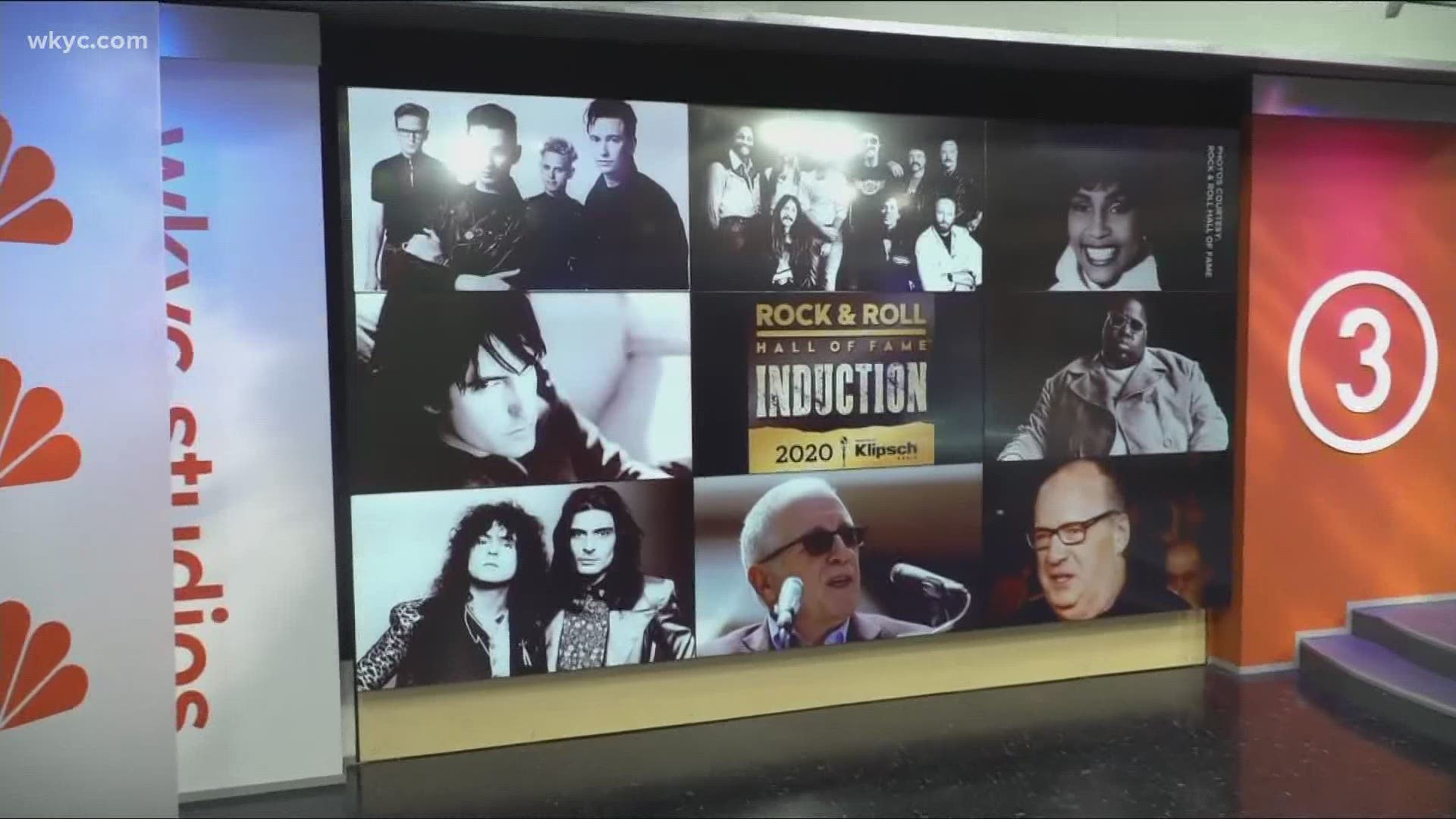 CLEVELAND — After hopes of hosting the 2020 Rock and Roll Hall of Fame induction during a delayed ceremony this November, organizers announced different plans Wednesday.

The traditional in-person ceremony has been canceled due to the ongoing COVID-19 pandemic, and is being replaced with an exclusive HBO special honoring this year’s inductees. The program will be available at 8 p.m. Nov. 7 on HBO. You can also watch it streaming on HBO Max.

“To protect the health and safety of our Inductees, their families, crews and our attendees, we’ve made the decision that the scheduled live event is not possible,” said John Sykes, Chairman of the Rock and Roll Hall of Fame Foundation. “Together with HBO and executive producer Joel Gallen, we will still create an exciting program honoring our 2020 inductees, by telling the stories of their incredible contributions to music and impact on a generation of artists that followed them.”

Refunds will automatically be issued to those who purchased tickets through Ticketmaster. The 2020 inductee exhibit will debut at the Rock Hall on Aug. 14.

This year’s inductees include Depeche Mode, The Doobie Brothers, Whitney Houston, Nine Inch Nails, The Notorious B.I.G., T-Rex, Jon Landau and Irving Azoff. They were each selected from a pool of 16 nominees. You can read in-depth bios of each inductee HERE. (video below highlighting the 2020 inductees is from Jan. 15 when the new class was announced):

This year's ceremony was initially slated for May 2 before it was postponed to Nov. 7 because of the coronavirus pandemic. The Rock Hall itself reopened to the public on June 15 with a variety of new safety precautions after a months-long closure.

Each inductee was chosen by a committee of more than 1,000 people, including former inductees, historians and members of the music industry. The fan ballot is also a factor that's tallied when determining the final class. To be eligible for induction, an individual artist or band must have released their first commercial recording at least 25 years prior to the year of nomination. Factors used when determining the inductees are:

3News spoke with Rock Hall CEO Greg Harris about the decision to cancel the 2020 induction ceremony. You can watch that interview below: