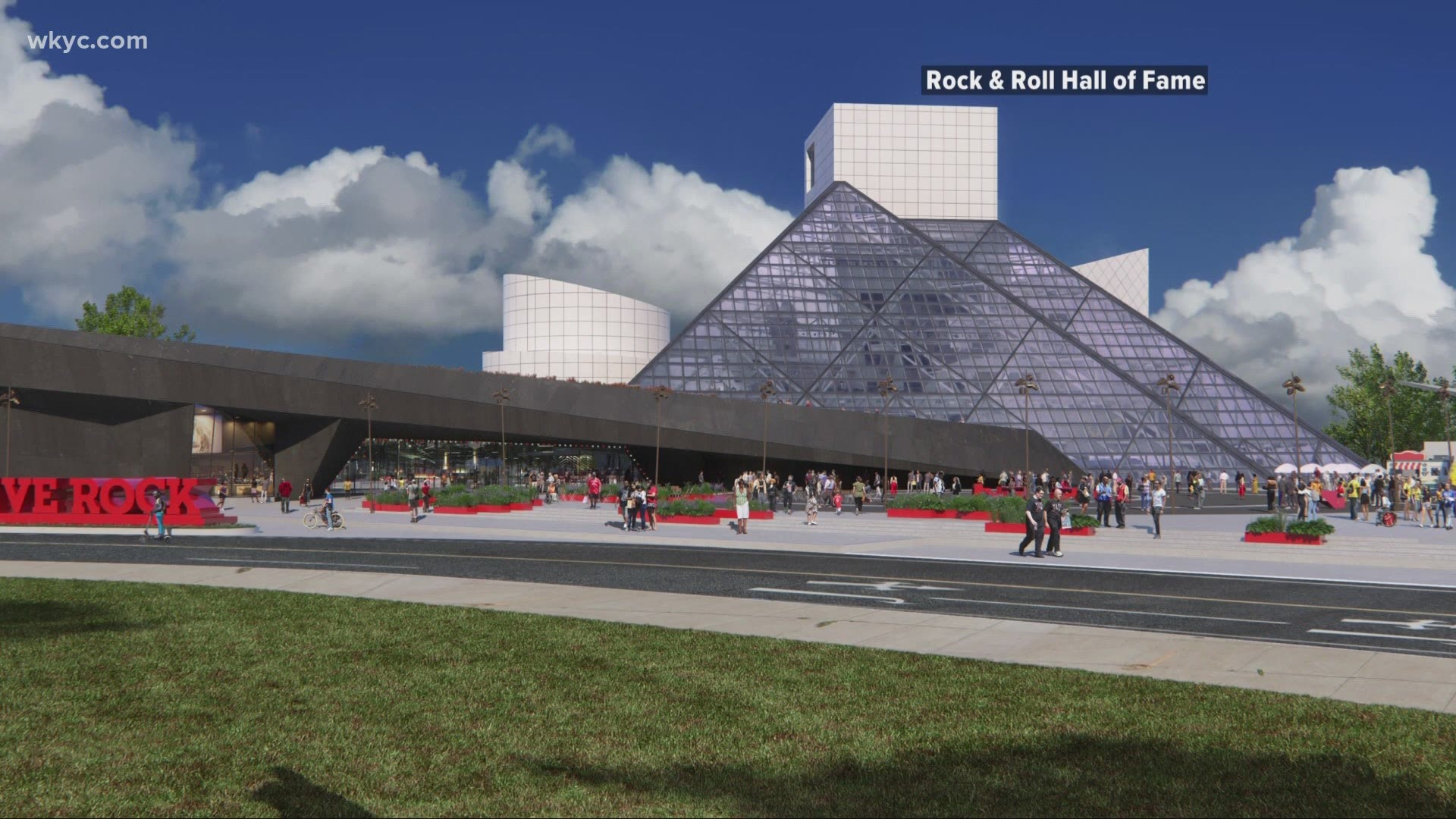 CLEVELAND — The Rock & Roll Hall of Fame announced Friday that they will be undergoing a major expansion.

A 50,000 square-foot addition to the Cleveland landmark will be overseen by Practice for Architecture and Urbanism (PAU) and their partners James Corner Field Operations. The Rock Hall and PAU will actively drive schematic designs throughout 2021, with construction projected to launch in early 2022 with the architect of record Robert Madison Int'l/DLR.

"Our impact has been great on visitors, students and the community over the last 25 years, and it's now time to expand our physical space," said Greg Harris, President & CEO of the Rock Hall. "We are excited to join with PAU, one of the world's top architectural design firms, as we build on this success and look forward to the next 100 years."

The trademark building was originally designed by the infamous Chinese-American architect I.M. Pei and completed in 1995.

The expansion process began with the City of Cleveland in early 2019 to secure the land between the Rock Hall and the Science Center, amounting to a one-acre plot. This land can accommodate an estimated 65,000 square-feet of additional space for the museum.

"Rock and Roll - like NASA and pizza - brings us together like few other cultural phenomena at this moment when our nation needs to come together," said Vishaan Chakrabarti, Founder and Creative Director of PAU. "We are beyond ecstatic to have been selected by the Rock Hall to design the expansion of I>M> Pei's heart of glass, which sits aglow upon Cleveland's storied industrial waterfront, particularly in light of the architectural luminaries against whom we had the honor of competing. This is PAU's stairway to heaven."

The dramatic Museum redesign will see a number of new or enhanced experiences added to the 150,000 square-foot building, including:

You can see renderings of the expansion plans below:

PAU, along with their partners James Corner Field Operations, Cooper Robertson and L'Observatoire International were unanimously selected by the Rock Hall after submitting an RFQ to 22 world-class firms.