Wilson died at her home in Nevada on Monday at the age of 76. 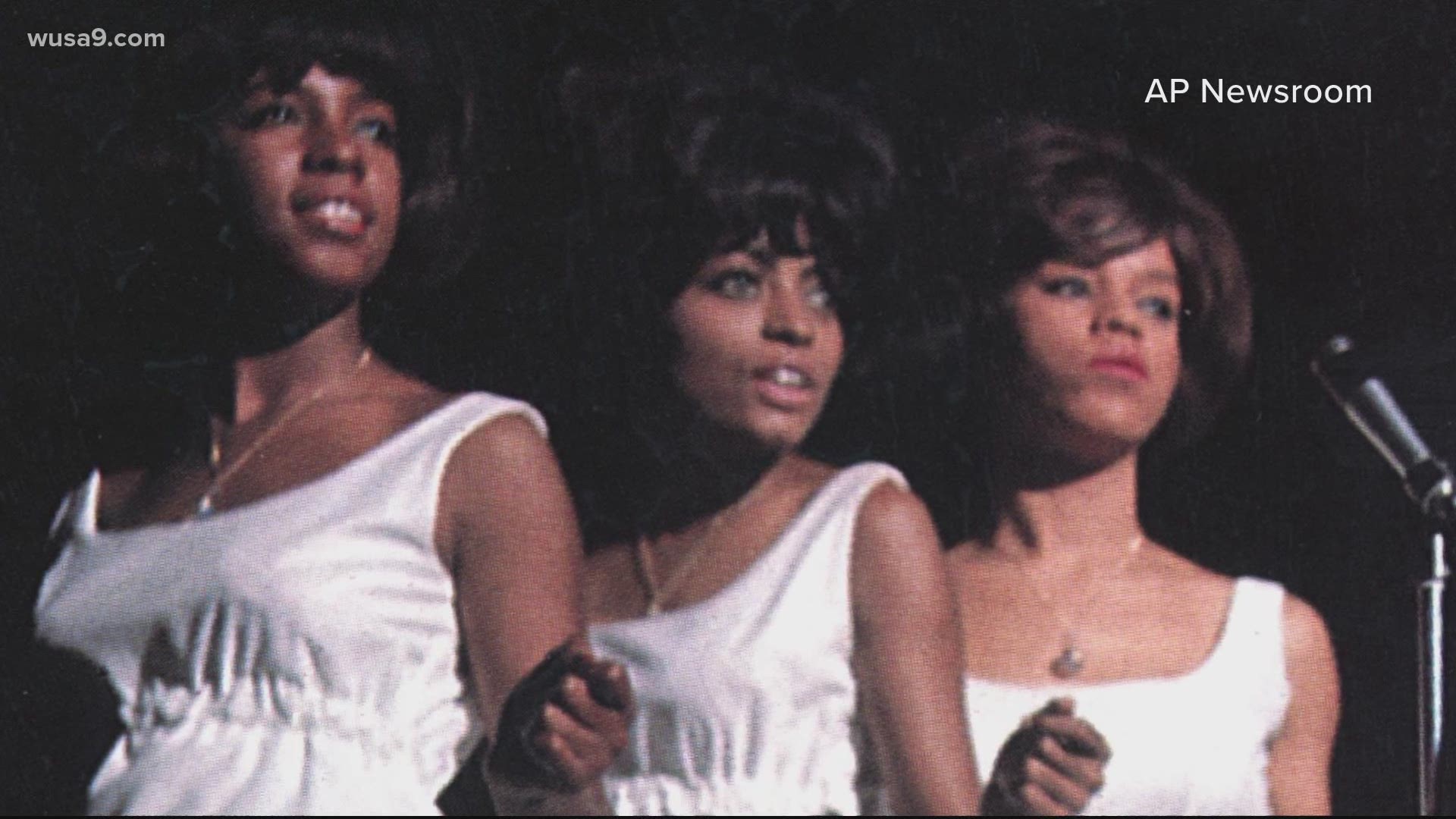 CLEVELAND — On Tuesday, the Rock & Roll Hall of Fame responded to the passing of R&B legend and founding member of the Supremes, Mary Wilson.

Publicist Jay Schwartz says Wilson died Monday night at her home in Nevada and that the cause was not immediately clear. She was 76 years old.

Wilson, Diana Ross and Florence Ballard made up the first successful configuration of The Supremes. She stayed with the group until it was officially disbanded by Motown in 1977. The group's first No. 1, million-selling song, “Where Did Our Love Go,” was released June 17, 1964.

The Supremes were inducted into the Rock & Roll Hall of Fame in 1988.

“As a founding member of the Supremes, Mary Wilson personified Motown’s style and grace, both on and off the stage. As the most successful female group in history, the Supremes delivered the “Sound of Young America” to the world and brought together audiences of all backgrounds with indelible classics including "Stop! In The Name of Love” and "You Can't Hurry Love.” Mary Wilson's rich and sweet voice was an iconic sound for generations of fans. She will live on in this music — forever Supreme," said Greg Harris, President & CEO of Rock & Roll Hall of Fame, in a statement.

Motown founder Berry Gordon added that he's extremely shocked and saddened to hear of her death. He says the Supremes were “always known as the sweethearts of Motown.”

The family asks in lieu of flowers, friends and fans support UNCF.org and the Humpty Dumpty Institute, Billboard reports.

You can see the tribute video from the Rock Hall in the player below: