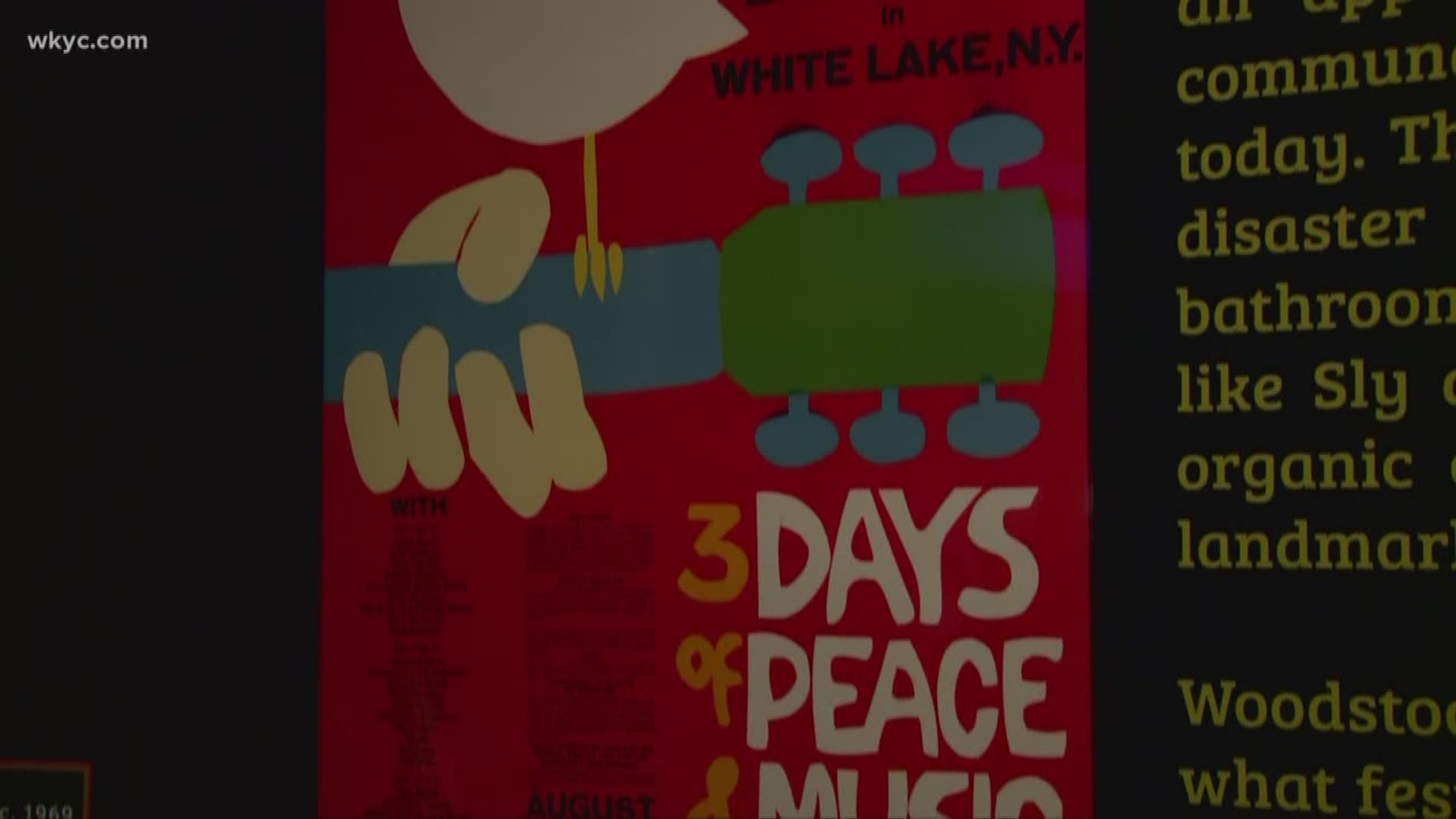 A 3-day music festival on a dairy farm in New York's Catskill Mountains. Of course, Woodstock ended up being one of the most famous events of the 20th Century.

This year is the 50th anniversary of the legendary festival that celebrated "3 Days of Peace and Music" and the Rock & Roll Hall of Fame is part of the celebration.

Wednesday marked the opening of the "Woodstock 50" exhibit and members of the music world came to mark the occasion, some of whom performed at the festival in 1969.

"I don't thing it can be duplicated," said Santana's Michael Carabello. "I think it was at a moment when chaos was something they were able to deal with. There was a lot of peace and love, a lot of good vibes, everyone brought their a-game to the stage."

"I was drawn to the movie showing the people there and it was instantaneous," added Freddie Stone of Sly and The Family Stone. "Tt was those memories of what it was like, you could almost smell it."

While questions remain as to whether the Woodstock 50 festival scheduled for later this year will go on, you can definitely relive the memories of 1969 at the Rock Hall throughout the summer and into the fall.