In conjunction with the national tour of 'Summer' launching in Cleveland, the Summer family has donated two of Donna's dresses to the Rock Hall. 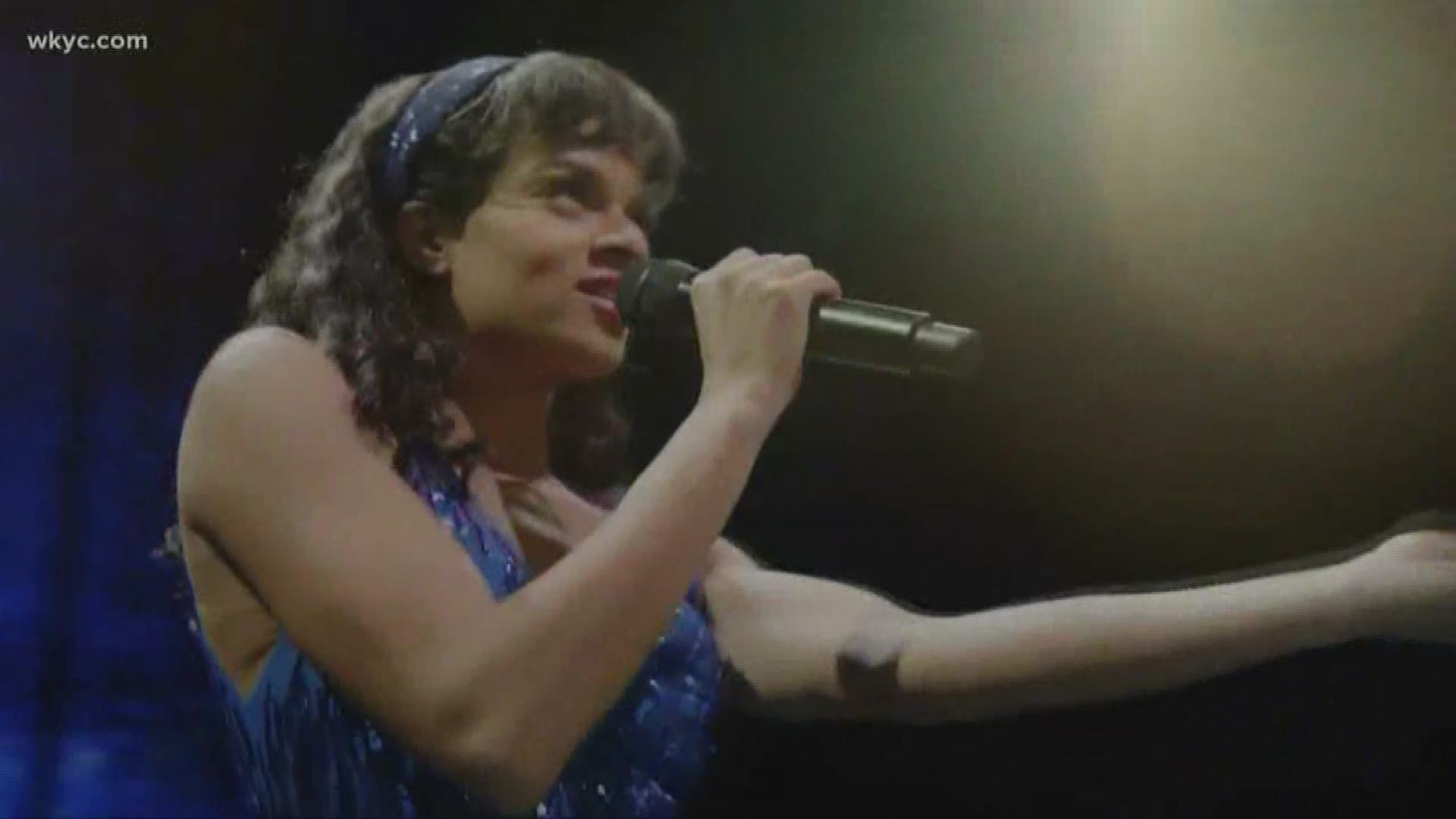 CLEVELAND — Summer: The Donna Summer Musical has officially launched their national tour at Playhouse Square and Cleveland has rolled out more than just the red carpet to pay homage to the Hall of Fame singer.

“She really set the stage for changing the face of music and taking a lot of risks that artists did not take back then,” says Dan’yelle Williamson who plays "Diva Donna" in the show.

Olivia Elease Hardy, who plays "Duckling Donna" and Mimi in the show adds, “She was really one of the first ones to pave that way of musicians taking ownership and not allowing record labels to steal the rights to their music.”

The show chronicles the life of the “Queen of Disco” set to her own music. While audiences are dancing their last dance at curtain, just up the street at the Rock Hall, they’re feeling summery as well.

“You listen to Donna Summer records, it is amazing soul music. We like to say disco and this or that. It’s rock and roll and she sounds terrific,” says Rock and Roll Hall of Fame CEO, Greg Harris.

In conjunction with the national tour officially launching in Cleveland, the Summer family donated 2 of Donna’s dresses for display at the Rock Hall. One is highly recognizable as the one Donna wore on the cover of “Four Seasons of Love.” The other, Donna made herself and wore multiple times on stage.

Donna’s eldest daughter, Mimi Dohler says, “We want our mother’s legacy to live on, so I think it’s important for us to not hold onto those things in private, but to release them out so that her legacy continues to move forward.”

Of all the musicians that ever lived, just over 300 have been inducted into the Rock and Roll Hall of Fame. This leads the cast and crew behind this new musical to feel that Donna’s sound and story is one the city of rock will especially roll to.

“It really reaches people and it really touches people. So, I think it is special that we opened here in Cleveland. I feel so blessed to be a part of all of it,” says Williamson.

Summer will be at Playhouse Square through October 27th. For more information or to purchase tickets, click here.

FAN VOTE: Help pick who gets inducted into the Rock and Roll Hall of Fame in 2020