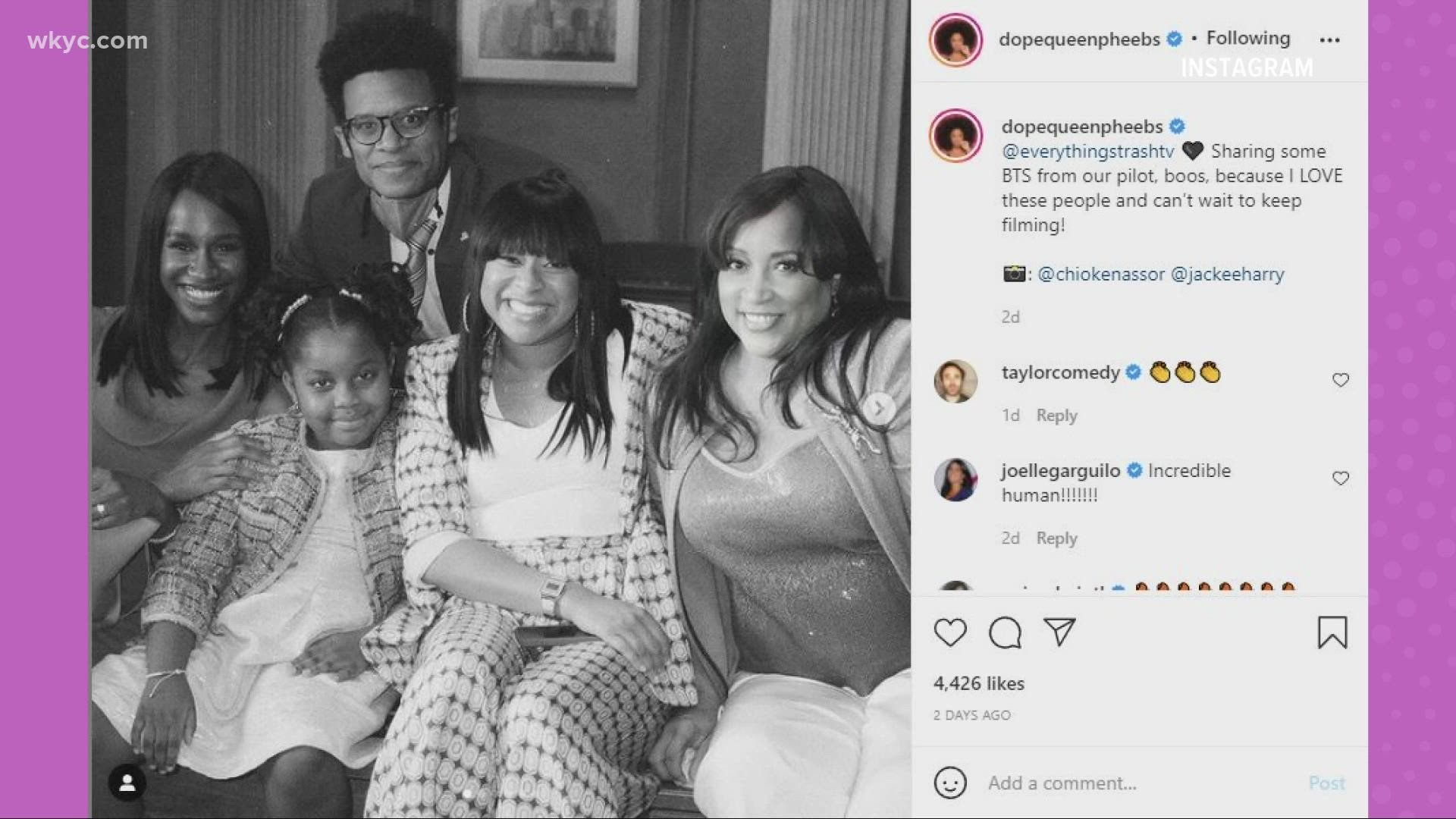 CLEVELAND — If nothing else, Northeast Ohio native Phoebe Robinson is booked and busy.

With a show being piloted on Freeform, a successful podcast turned TV show, the creation of her publishing imprint, and a recent feature in the New York Times, Robinson is shaping up to be 2021’s “It Girl.”

“When like all your dreams start coming true and you wait so long for it. And they all come through at the same time. You're like, is that, is this allowed to happen? But I'm really excited,” Robinson told 3News Digital Reporter, Kierra Cotton.

And to top things off, Robinson is currently preparing for the release of her debut comedy special, “Phoebe Robinson: Sorry, Harriet Tubman.”

The hour-long special will premiere on HBO Max on Thursday, October 14. A synopsis for the program calls it “an honest look at therapy, interracial dating, reparations, Michelle Obama, and civil-rights movies.”

“It's sort of me going, sorry, Harriet, you worked so hard so I could tell these kind of like silly jokes, but I really wanted it to be just a fun hour,” explained Robinson. “You know, we're still in the middle of whatever this pandemic is and I really want people to feel joyful and uplifted and just forget their problems for an hour.”

Watch the trailer for Phoebe Robinson: Sorry, Harriet Tubman in the tweet below.

The birthday festivities continue, heauxes! And this time it’s to announce my debut comedy special: Sorry, Harriet Tubman streaming October 14 on @HBOMax! It was a long quarantine and I have thoughts. #SorryHarrietTubman pic.twitter.com/DocIsVzDEG

Additionally, just last month, Robinson released her third book, “Please don’t sit on my bed with your outside clothes.”  It was the comedian's first release under her own publishing imprint, Tiny Reparations, that she says was created to help amplify diverse voices.

“I want people to feel as though this is a safe space. They can really have a platform to let their work shine and not be rejected just based on how they look or their sexual orientation or how they identify,” she explained.

Even with the success she’s seeing, the Gilmour Academy product, says recognition from Former First Lady Michelle Obama and the opportunity to collaborate with her on her “Becoming” book tour remains the highlight of her career.

“Jess and I used to always joke on the podcast that Michelle Obama listened to it, but then we're oh, wait, I think she actually did it. So that was really cool. Cause she's so awesome,” she explained.

While Robinson has lived in New York City for much of her adult life, she says she still gets a warm feeling every time she returns to Northeast Ohio.

"Cleveland just has an energy about it, where it's like the hustle is, but one part of your life. And there's so many other things that fill it out. And so that's one of the things that I miss the most about Cleveland," she explained.

And she still has a favorite food spot in town....her father's kitchen.

"My dad's cooking. I know that sounds like a cop-out, but he is such a good cook and he's vegan...He is the best cook ever in the history of the Robinson family," she said with a wide smile.

So, what’s next for Robinson?  She says she’s focused on her tv show pilot that's based on her debut novel, “Everything’s Trash,” and hopes to one day write a romantic comedy.

You can watch Phoebe’s full interview with 3News Digital Reporter, Kierra Cotton in the player below.