The Ohio Theatre Lobby got restored to its 1920's glory. 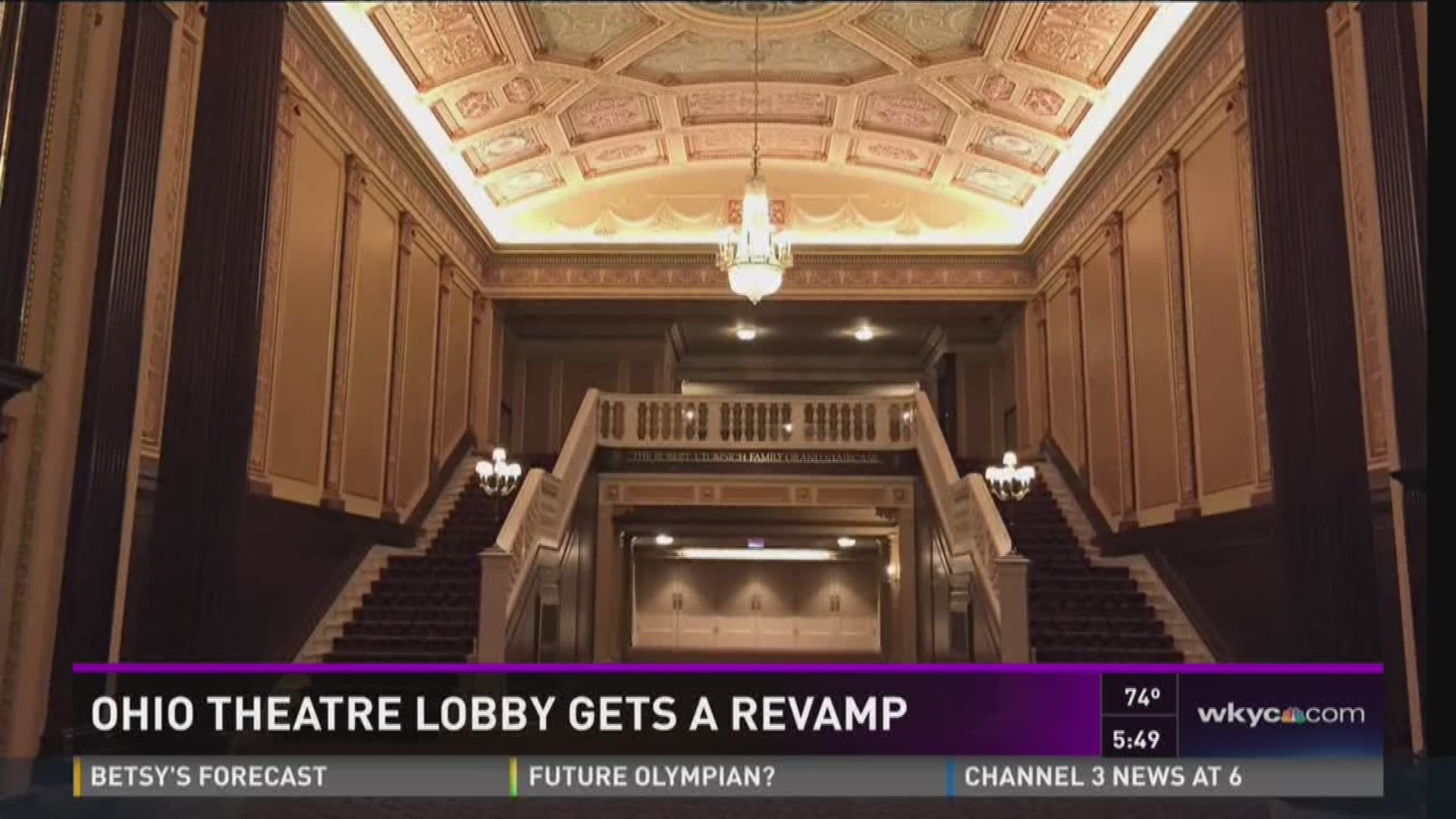 CLEVELAND -- From the world’s largest outdoor chandelier to the marquees and arches welcoming patrons of the arts downtown, the revitalization of Cleveland’s theatre district has been a long time in the making.

But there was one final piece needed to complete the puzzle, and that piece was the lobby of the Ohio Theatre.

The last of the five historic Playhouse Square theatres to be restored, the Ohio Theatre was ravaged by a fire initiated by a malfunctioning concession stand machine in 1964. Lost in the fire were the murals, ornamental plaster ceiling, wooden columns and fireplaces, and there were enough resources to undertake the full restoration project.

“Starting last summer, we took out everything that we had put in,” said Tom Einhouse, Vice President of Facilities and Capital for Playhouse Square.

When the Ohio Theatre reopened on July 8, 1982, it had a modernized look. However, through a generous gift from the George Gund Foundation, and countless hours of research of original renderings, work began on the full renovation in July of 2015.

The sculpting of plaster for the ceiling took more than 8,500 hours and the murals, which span 30 feet long and 10 feet high, were created by six artists at Evergreene Architectural Arts in New York City. Also, the chandeliers were restored, cleaned and rewired by Bruening Glass Works in Rocky River, and carpets were replicated from original drawings by Brinton’s in England.

Complete with hand-picked marble from the Vermont and mahogany columns, the new-look lobby took 11 months to fully restore, and now, with the final piece in place, Playhouse Square’s puzzle is complete.

…And what a picture it has revealed.

“It really was the only outstanding piece of restoration throughout the center that hadn’t been completed,” Einhouse said. “Every other theatre, all of those historic venues, really had their historic fabrics intact. It was really important for us to put this back and complete the renovation. This completes the largest theatre restoration project in the country, possibly the world.

“I don’t walk through this lobby, I float through this lobby. It’s really amazing. It just defines what a special place this is. It defines our vision. It defines our level of care. We want to be the best stewards possible of these properties, clearly the best since they were opened in the 1920s, and I feel everyone here is dedicated and really understands just how special this is having almost lost everything.”