He will spend his summer running for his best friend's mom, who was diagnosed with Stage 4 breast cancer. 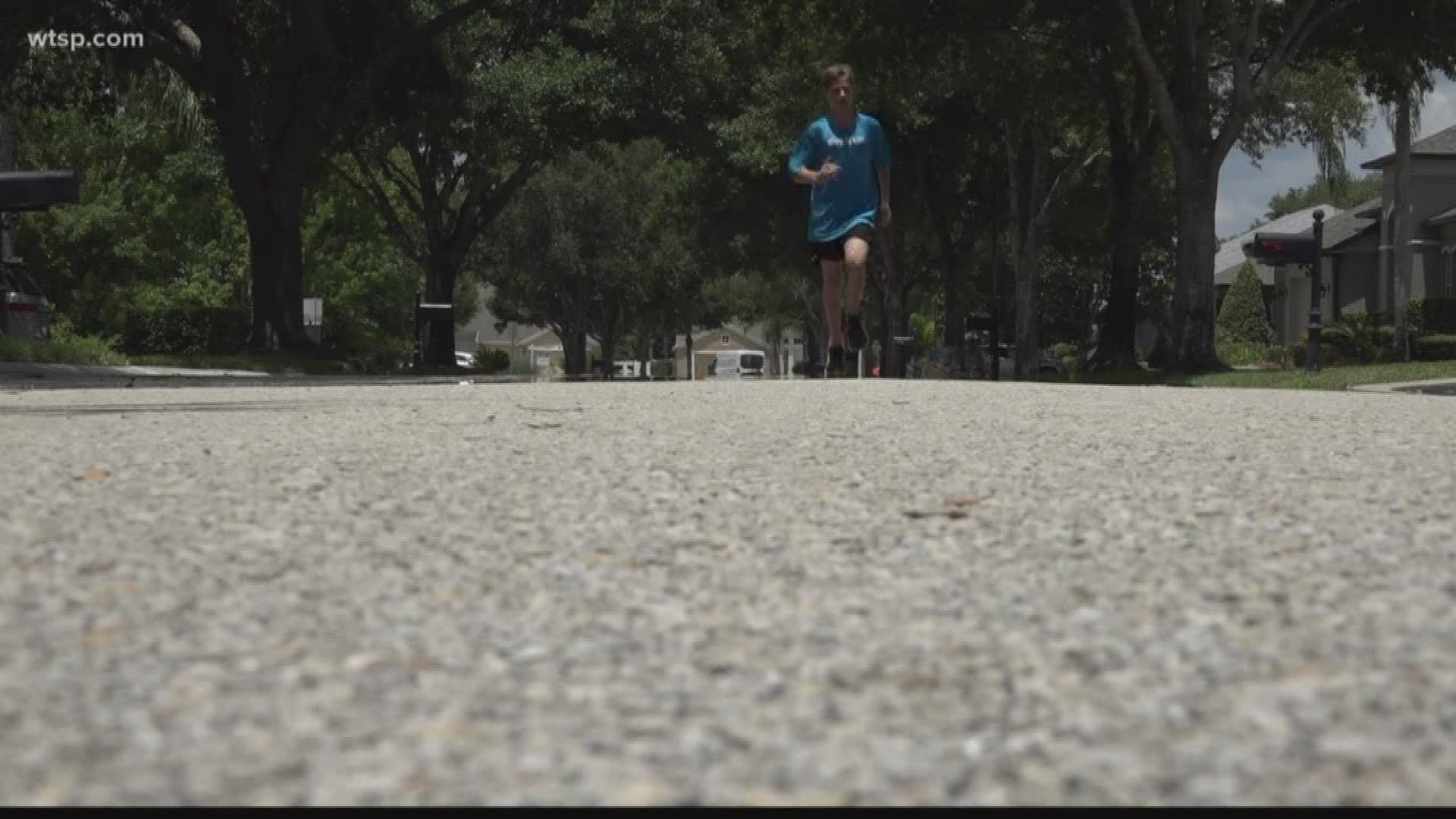 OVIEDO, Fla. — Campbell Hendrix didn’t want to believe it. The news of his best friend’s mom’s Stage 4 breast cancer diagnosis was too much to conceptualize.

The Oviedo, Fla. teen’s heart felt heavy in his chest. Amanda Raffenaud, his buddy Luke’s mom, was in a fight for her life.

He had to do something.

Hendrix told Raffenaud he’d spend his summer running for her in the Florida heat. He pledged to log at least 150 miles during in the ten weeks before school resumes.

He and his mom, Allison, decided to use his mission as a fundraising opportunity to help offset some of Raffenaud’s mounting medical bills.

“When you say, ‘How are you?’, she answers honestly and vulnerably,” said Allison. “That was the nature of our relationship and so you get close quick.”

Raffenaud was once a runner who completed half and full marathons, but hasn’t run in a few years.

“It’s a good outlet for stress,” she said.

The Hendrix family is full of runners. Allison coaches track, and her daughter runs long distance. Campbell is the reluctant miler, who describes running as “painful”.

Yet, he laces up his size 10.5-sized shoes each day. With Raffenaud in his heart, those miles seem worth it.

“They are not just steps. They are steps with purpose,” Allison said.

Campbell called Raffenaud to let her know of his intentions. He posted a video to a crowdfunding site called Pledge It asking for support in his miles.

“It was a really sweet moment,” his mom said.

“Come on Campbell!” she shouted with her arm around Luke. The duo wore matching t-shirts with ‘EYES UP’ printed across the front. Campbell wore one, too.

It’s a reminder to everyone to keep faith in God through the trying situation.

The two families met at Summit Church in Orlando five years ago.

She started juicing in order to boost her immune system. She takes oral chemotherapy and receives monthly infusions.

“There are some weeks during treatment that are really hard,” she admits. “We’ve had unending support.”

The money from Campbell’s miles will certainly help. At the start of July, he’d already secured enough online pledges to earn about $78 per mile, which will add up to $11,700 by the end of summer.

The mission matters for Campbell.

“Whatever (else) I would do, I’d just probably forget it, but this I’ll remember. This is worth my time,” he said. “God is blessing us through this.”

Raffenaud vows to run at least one mile with Campbell someday. Until then, she just appreciates watching the selfless teenager spend his summers running for her.

“We’ve always known Campbell as a sweet, generous, joyful kid and he’s always been a bright spot in our lives,” she said through tears. “The way God has knit us together is no surprise.”

Campbell’s overall goal is to raise $20,000. To contribute a pledge towards his summer miles, visit the family’s donation page at www.PledgeIt.org/eyes-up.