What's old is new again this summer at Cedar Point. 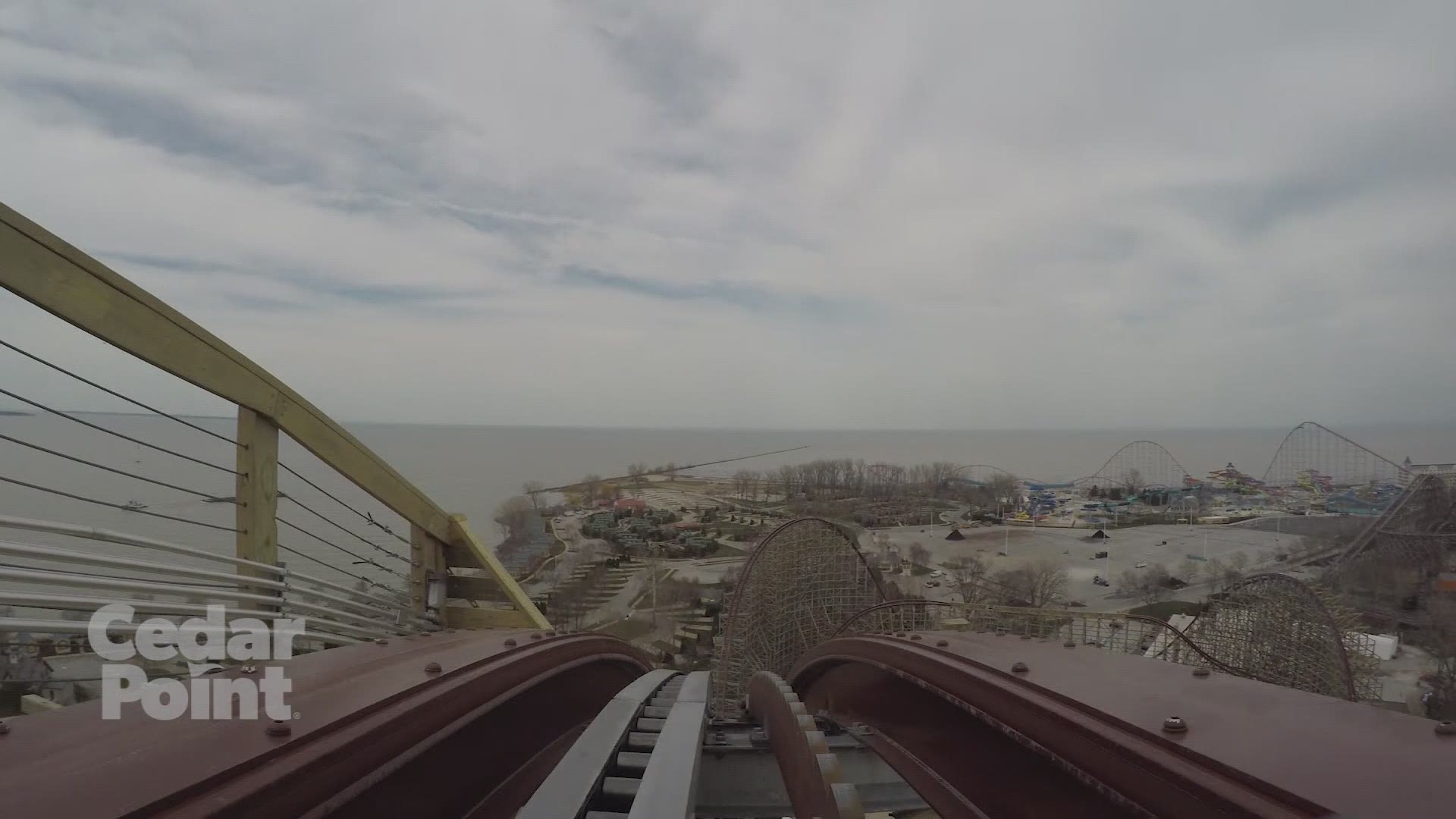 SANDUSKY, Ohio — When Cedar Point opens its gates for the 2021 season next month, a piece of park history has returned to greet guests. It's not an old ride or a former show that's making a comeback this summer. In fact, you might not even notice the change if you're not paying close attention because it's nestled in the shadows of the Valravn roller coaster.

So what is the piece of park history that has returned to Cedar Point? Take a quick glance for yourself below in the following tweet from Cedar Point officials. Remember this? That's right... The Mercury statue is back.

So what is this statue's connection to the park?

“From what I’ve been told, the statue of Mercury came from the 1904 St. Louis World’s Fair. George Boeckling made a visit out there,” Cedar Point’s Tony Clark tells 3News in an e-mail. “Originally, it was located near the WindSeeker Gate (formerly Beach Gate) and when the original Marina Gate (now called Valravn Gate) was built, it was moved there.”

Guess who’s back to greet you at the Valravn Gate?!

You can see him in just ONE MONTH when we officially open for the season! 😁 pic.twitter.com/tfGaxkafhK

As crews worked on Valravn’s construction in 2016, the statue was removed and temporarily put on display at Cedar Point’s Town Hall before being placed in storage -- until now.

“Most of the statues Boeckling collected for the park were liquidated to help with the war effort during WWII, but this was spared,” Clark continued. “The large urns you see on the midway also have the same story.”

Boeckling began his time with Cedar Point in 1897, transforming the property "into a nationally prominent showplace, adding attractions along the Lake Erie shore, the Coliseum and the first midway," according to the park's 150th anniversary book. If you've ever visited HalloWeekends at Cedar Point, you've probably noticed one of the indoor haunted attractions is named in his honor -- G.A. Boeckling's Eerie Estate.

Park officials also revealed earlier this week that reservations will be required for guests before visiting Cedar Point and the Cedar Point Shores waterpark when the parks reopen in May. The decision comes as Cedar Point says the park will be maintaining reduced capacity once again because of the COVID-19 pandemic. Online reservations will be open to season passholders starting April 26 at 11 a.m.

Cedar Point’s opening day is currently slated for May 14. What's new this year? See a breakdown here. Until then... Climb aboard Top Thrill Dragster for a virtual front-seat ride: