After COVID-19 cancelled festivities last year, the park is celebrating with a parade, interactive attractions, and new culinary & vegan cuisine! 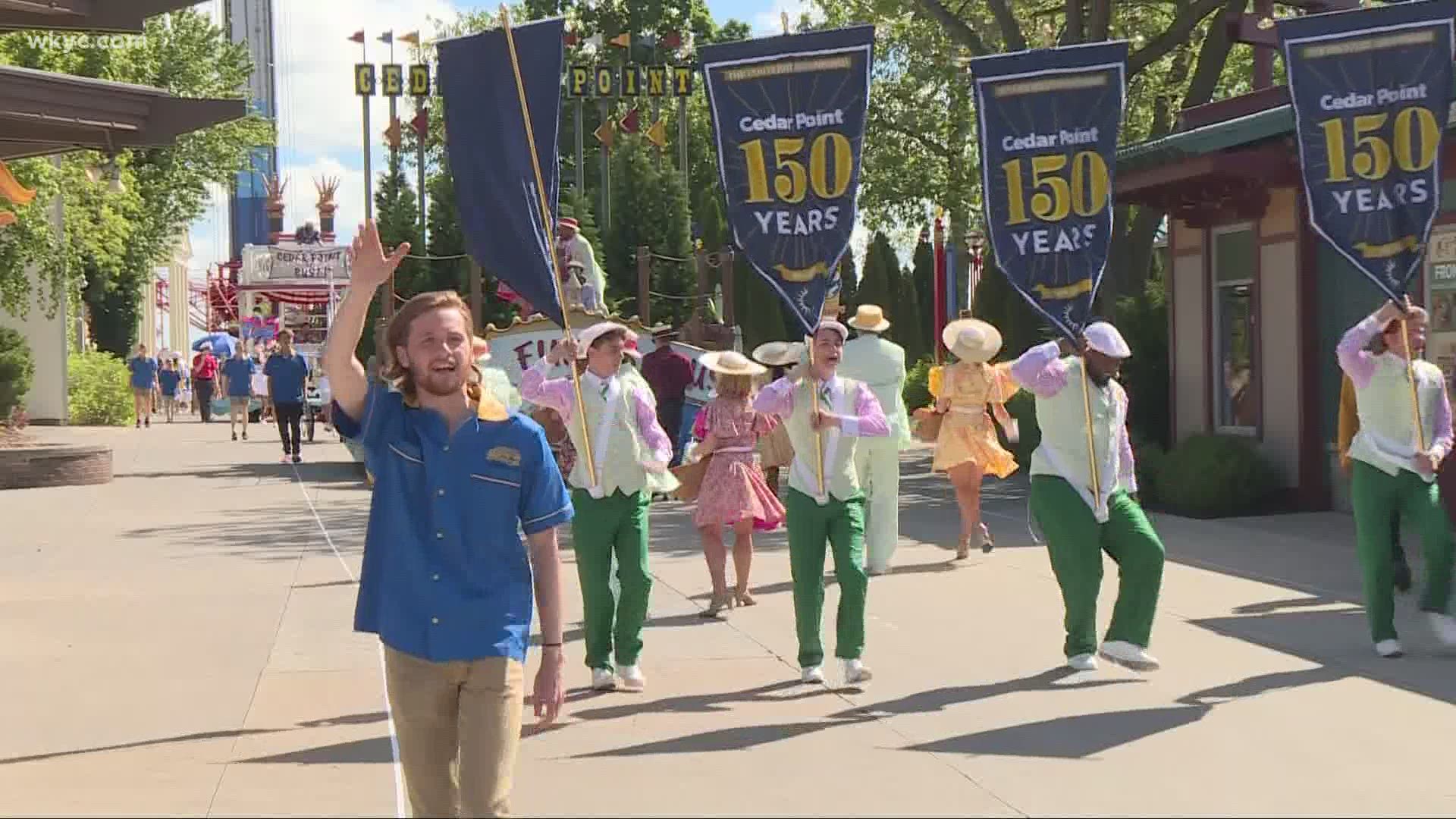 The famous park planned to mark the anniversary when it actually occurred, which was last year, but the festivities were postponed due to COVID-19. Despite the sadness that initially accompanied the postponement, the extra year gave park officials even more time to really WOW you!

"We’re excited to kick off our 150th-anniversary celebration. The do-over is finally happening on Saturday," says Cedar Point's Director of Communications, Tony Clark.

Cedar Point will celebrate its century-and-a-half milestone all summer long, with a full season of signature special events you're sure to remember, as well as new sights, tastes, and attractions that won’t be easy to forget! The biggest attraction is the Celebrate 150 Spectacular Parade, which winds through the park as it takes you down memory lane with amazing performers and two-story-tall floats.

"You’ll notice as the floats and the costumes and all the different aspects of the parade roll by, they are key moments in the park’s history," says Lisa Jones, Cedar Point's Live Entertainment Director.

Another new attraction - Snake River Expedition - is an old-timey, interactive adventure ride on the water, full of fun with snakes, bandits and smugglers.

"It’s not just a ride. There’s definitely a high-entertainment aspect to that ride," says Jones.

Don’t forget to stop and grab some swag marking the occasion from one of the theme park's gift shops, too!

"We have new, limited edition buttons and new, limited edition collector pins. Our 'I’m Visiting' buttons let you write down the 1st year you came to visit the park. We want you to wear it while you’re visiting. We also have free post cards to give, to help celebrate the anniversary," says Bradley.

"We kinda wanted to stretch our culinary legs and show the world what we can really do inside this park," says Chef AJ, Cedar Point's Sous Chef.

There's also an opportunity for guests to win one of 150 Tickets of a Lifetime the park will be giving away. The ticket gives you and three of your friends free Cedar Point and Cedar Point Shores admission for the rest of your lives.