The ride has been closed since this past Sunday after a 'small metal object' broke off the structure and fell on a female guest, sending her to the hospital. 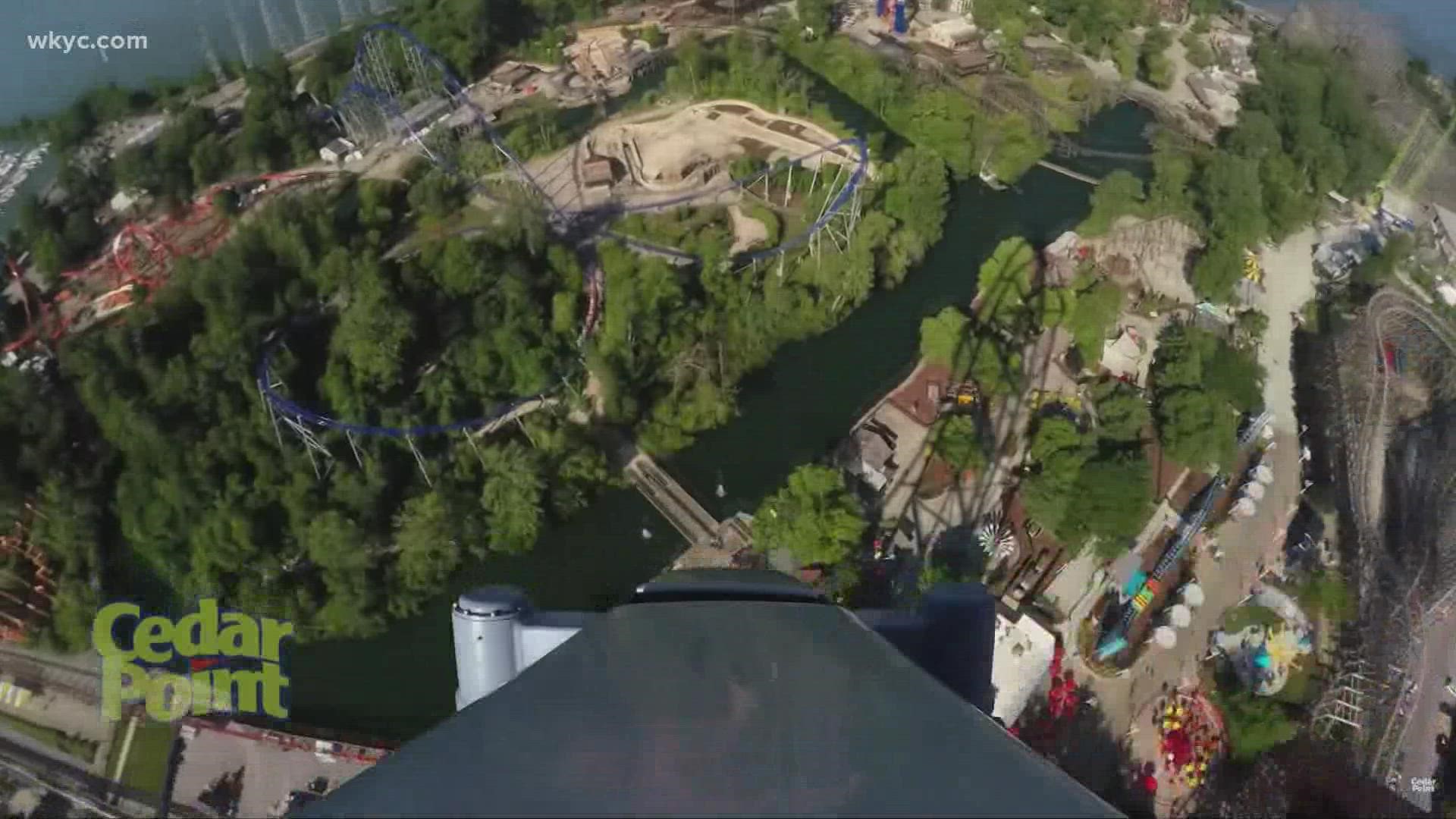 SANDUSKY, Ohio — EDITOR'S NOTE: The video in the player above is from a previous report.

One of Cedar Point's most popular roller coasters will remain idle for the rest of the year.

The amusement park officially announced Thursday it will shut down Top Thrill Dragster for the remainder of the 2021 season in order to conduct a "careful, methodical and thorough" investigation into the ride's safety. The 420-foot-tall attraction has been closed since this past Sunday after a "small metal object" broke off the structure and fell on a female guest, sending her to the hospital.

"We will not rush the investigation and will work tirelessly in our search for answers in the interest of improving safety," the park said in a statement. "The safety of our guests and associates is our top priority and we refuse to operate any ride or attraction without total confidence in its safety."

For the moment, little has been said about the victim or her condition, with Cedar Point leaders only saying they would "continue to offer our support to her and her family in this unimaginably difficult time." Sandusky police did release body camera footage from the incident, and the woman can be heard wailing in pain near the entrance gate before being taken away on a stretcher.

Top Thrill Dragster has been a mainstay at Cedar Point since May 2003, when it opened as (at that time) the tallest and fastest coaster in the world. Still, this is not the first time the ride has run into problems: Four people received minor injuries in 2004 after shards of the train's metal cable struck them as it sped off, and 12 years later two more were hurt when the launch cable became dethatched.