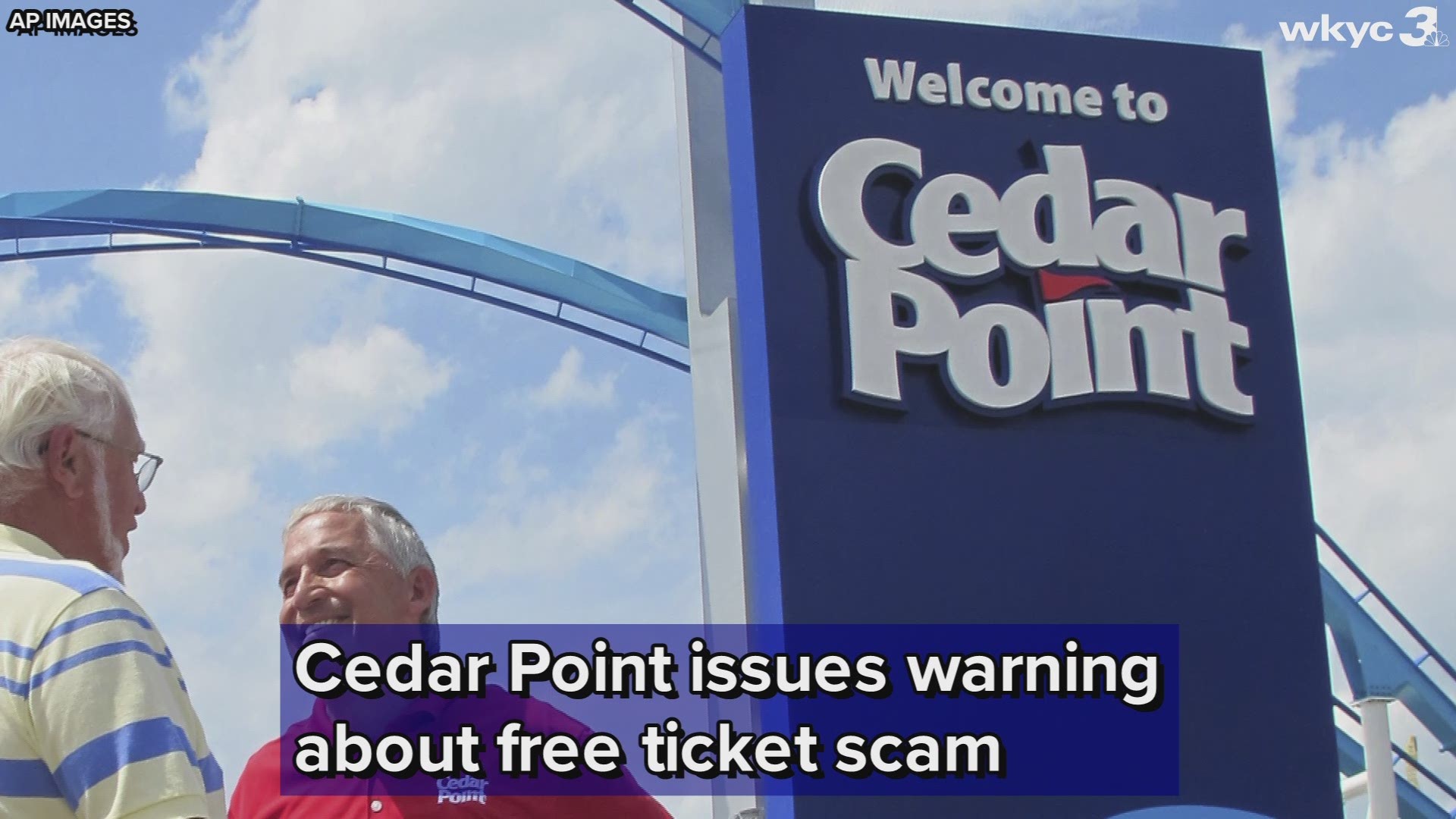 Park officials tweeted out a warning about the post saying the ticket giveaway is a scam.

“For any promotions from Cedar Point, they will be posted through our official social channels or a reputable partner," the park said.

The fake freebie tickets include the following text: “Cedar Point gifting 4 Free tickets Per family to celebrate its 50th Anniversary! Ticket entitles the holder to use of all the regular rides and shows; excludes pay per ride attractions and Halloween Haunt. Schedules, prices and policies subject to change without notice. May not be combined with any other discount ticket, coupon book or offer. Coupon is not redeemable for cash.”

A couple of red flags?

First of all, the park isn’t celebrating its 50th anniversary this year as depicted on the tickets. Not even close. Cedar Point is actually preparing to honor its 150th anniversary in 2020.

RELATED: Cedar Point planning 150th anniversary with retro ideas for 2020: What we know so far

Secondly, take a closer look the dates. The phony tickets, which feature a 2016 copyright, show an expiration date of April 30, 2019. The park wasn't even open for the season by April 30.

Most notably, however, is the attached ticket giveaway Web site… It’s not legit.