'The process of hiring and training associates is underway, and we remain committed to providing the quality experience our guests expect from Cedar Point.' 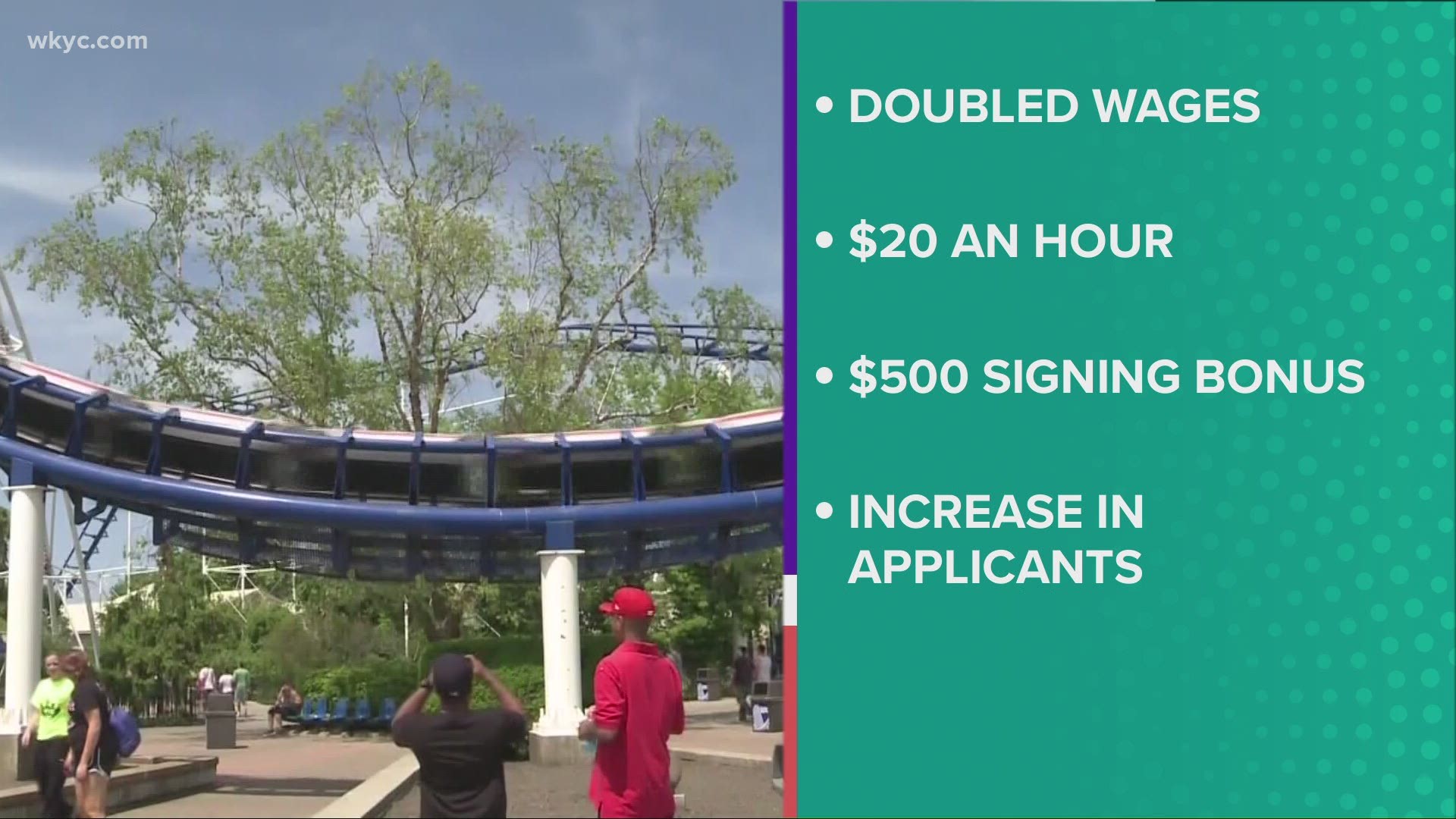 SANDUSKY, Ohio — When Cedar Point opened for the 2021 season last month, some guests turned to social media with complaints about park operations due to limited staffing.

"Like businesses in our area, in Ohio and across the country, Cedar Point is not immune to hiring challenges," Cedar Point's Tony Clark told 3News after opening weekend.

One week later, Cedar Point announced they were increasing seasonal and part-time pay for all positions to $20 an hour – a 100% increase compared to 2020 wages.

It appears that pay boost is working.

“We’ve had a great response since we raised wages, and have seen applications return to pre-pandemic levels,” Clark told 3News on Wednesday. “The process of hiring and training associates is underway, and we remain committed to providing the quality experience our guests expect from Cedar Point.”

Clark said the park’s operating schedule will remain in place – including the decision announced last month to close both Cedar Point and the Cedar Point Shores water park every Tuesday and Wednesday through June 23.

“Should that change, we’ll make an announcement via social,” he said.