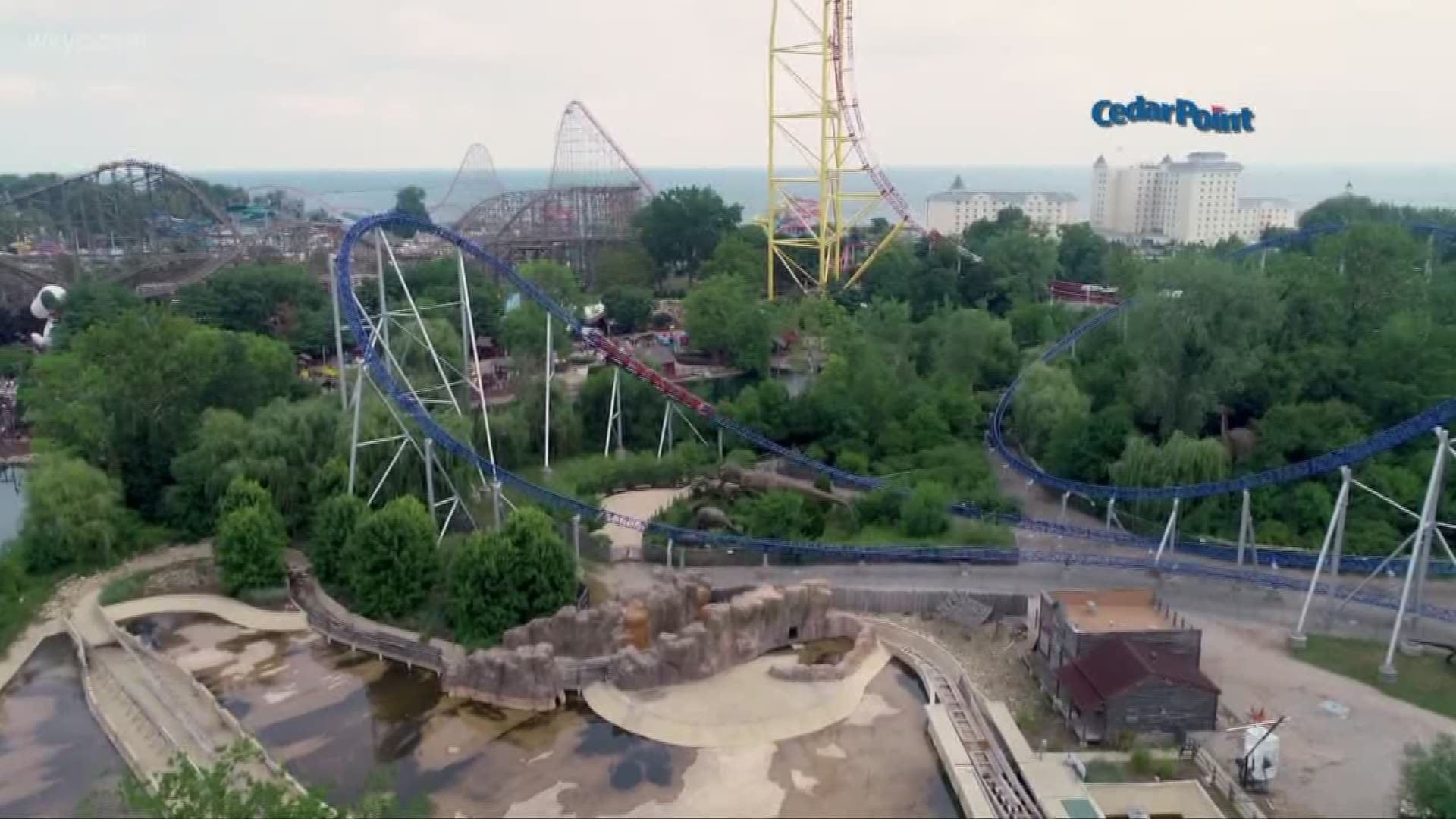 SANDUSKY, Ohio — The amusement park industry was rocked by a Reuters report Wednesday that indicated Six Flags could be making a move to acquire Cedar Fair, which is the parent company of Cedar Point.

“Cedar Fair is considering Six Flags’ cash-and-stock offer, and there is no certainty a deal will be reached, the sources said,” Reuters reported. “Details of the offer could not be learned.”

Reuters cites anonymous sources who “asked not to be identified because the matter is confidential.”

When asked for a comment Thursday morning, Cedar Point officials put us in contact with Cedar Fair’s corporate office instead. We are now awaiting a response, and will update this story once we receive any additional information.

Six Flags has a history in Ohio after purchasing Geauga Lake in Aurora and expanding the property into a newly branded theme park known as Worlds of Adventure. Cedar Fair later purchased the property from Six Flags and returned its name to Geauga Lake before closing it forever in 2007.

Cedar Fair, which is headquartered in Sandusky, owns 13 amusement parks across the country -- including Kings Island near Cincinnati. Earlier this year, Cedar Fair expanded its footprint with the purchase of two famed Schlitterbahn water parks in Texas and the Sawmill Creek Resort just outside of Cedar Point.

In 2020, Cedar Point will celebrate their 150th anniversary. Among the planned highlights are a reimagined river expedition ride in the spirit of the former Paddlewheel Excursions attraction.

Cedar Point is currently in the final days of its 2019 season with HalloWeekends running every Friday, Saturday and Sunday until Oct. 27.

Reaction has been swift on social media: